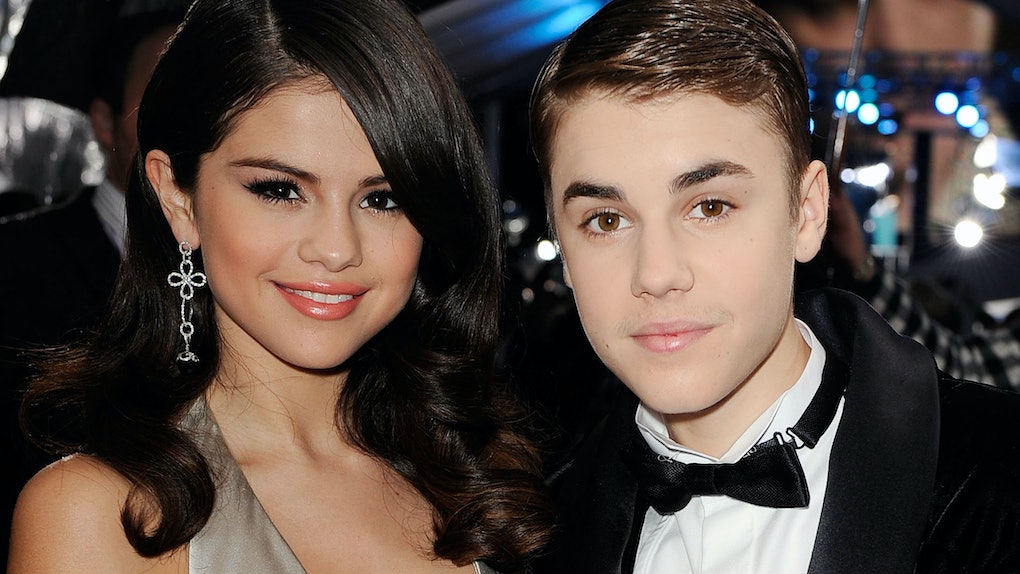 Is Justin Bieber's "Ghost" About Selena Gomez? Twitter Is Undecided

On Friday, March 19, Justin Bieber dropped his highly-anticipated sixth studio album, Justice, which he explained he created with the intention of making others feel less alone. To tease the record, the singer shared songs like "Holy" and "Peaches," and the romantic lyrics had everyone convinced they were about Bieber's wife, Hailey Baldwin. She's been his muse ever since they tied the knot in September 2018. However, after listening to Bieber's latest album, fans think he drew inspiration from an old flame, too, especially in his song "Ghost." So, is Justin Bieber's "Ghost" about Selena Gomez?

Gomez and Bieber dated on and off from 2011 to 2018, and through the years, they've seemingly written a few songs about each other. Bieber's "Nothing Like Us," "Where Are U Now," and "Sorry" are rumored to be about Gomez, while her songs like "Same Old Love," "The Heart Wants What It Wants," and "Lose You To Love Me" appear to be about Bieber. Fans even thought some of Bieber's lyrics on his 2020 album Changes were inspired by Gomez because they were about moving on from an ex, so you can't blame them for thinking he did the same on Justice.

While most songs on Justice have Baldwin written all over them, some fans think "Ghost" is about Gomez instead because it's about heartbreak and losing someone special. Bieber starts the track by singing, "I miss your touch on nights when I'm hollow/ I know you cross the bridge that I can't follow." Then, in the chorus, Bieber reminisces about once being close to that person and wishing they were still with him. "If I can't be close to you, I'll settle for the ghost of you/ I miss you more than life (More than life)/ And if you can't be next to me/ Your memory is ecstasy/ I miss you more than life," he sings.

Listen to Bieber's "Ghost" off Justice below.

Half of Twitter is convinced Gomes was the inspiration.

And the other half don't think so because Bieber is happily married and the song could be about anyone, including the loss of a family member.

There's also fans who just don't know what to believe.

Either way, "Ghost" is a fan-favorite song because its lyrics are relatable for anyone who's experienced heartbreak.