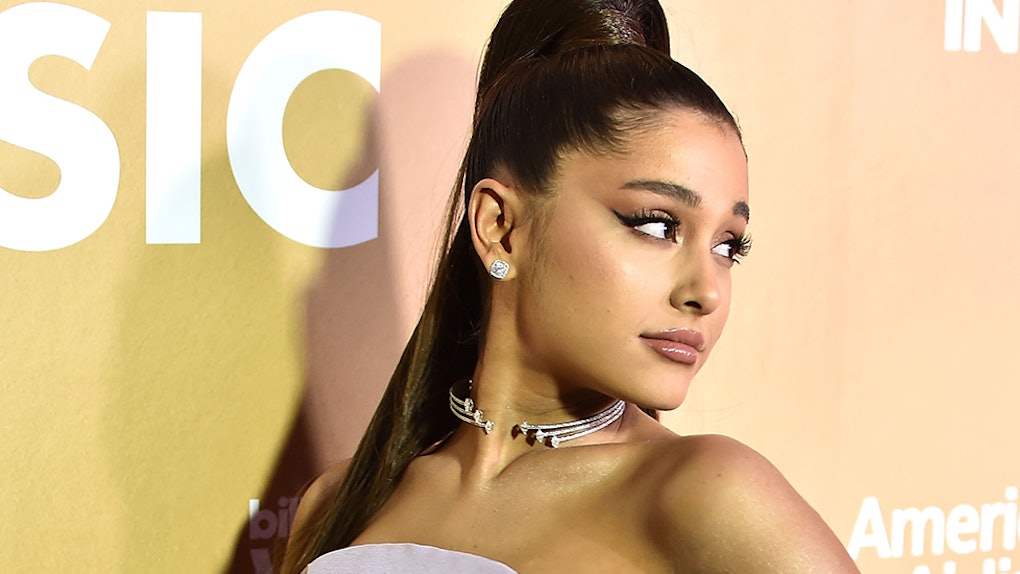 Is An Ariana Grande "Thank U, Next" Makeup Collection Coming Soon? There May Be Something in The Works

And now, I present to you a genuine question: What more could we ask from Ariana Grande? Girl has been doing her thing lately and giving us everything and more to be excited about, from multiple albums and fire music videos to cute merch and daily OOTDs we're all trying to copy. Personally, I'm beyond satisfied, so now that I heard she might be expanding into the beauty sphere as well, I can't even wrap my head around it — is an Ariana Grande Thank U, Next makeup collection coming soon? Nothing has been confirmed, but it's definitely a possibility, so read on for everything I know so far.

Ari has always had her signature beauty moments, be it her iconic pony, her always-sharp winged liner, and even her shock of red hair way back in her Victorious and Sam & Cat days. She's always known how to make a statement with her look! And apparently, she might finally be ready to help the rest of us out. According to WWD, the singer applied for an “Ariana Grande Thank U, Next" trademark to be used for all things beauty. Are you freaking out? I, for one, am freaking out.

Let me stop you right there and say this: If we don't get an Ari-approved liquid liner or some kind of cat eye stencil, I'll be furious.

WWD reports that the U.S. U.S. Patent and Trademark office received the application from GrandAri Inc., Grande's fragrance company, and that the trademark is meant to span a variety of body care products, including multiple kinds of fragrances, body lotions, bath gels, body scrubs, and mists.

Bath and body products do make sense for her, though. Her "God Is A Woman" music video basically features the most iconic bath of all time, right?

It was so legendary, in fact, that Lush Cosmetics even came out with a bath bomb inspired by it. The Goddess Bath Bomb ($9, lushusa.com) allows users to "bathe in a swirling purple galaxy," Ariana-style.

The only unsurprising aspect the trademark is the mention of fragrances, as Ari already has quite a few:

She then lauched Moonlight Eau De Parfum ($60, ulta.com) in 2017, and Cloud Eau De Parfum ($50, ulta.com), the first to branch out as far as bottle styling, in 2018. Now that it's 2019, it's time again to launch a fragrance, and it looks like Grande will possibly do so via this reported new beauty line.

Why do I have a feeling I'll be saying "thank U, next" to all my other products the second Ariana's reported line debuts?

So far, the trademark is all the proof we have of a collection on the horizon, but with Grande surprising us on the reg as of late, this reported beauty line could really come at any time. If you're reading this, Ari, I say the sooner you drop it, the better! Give me enough time to buy some products so I can use them before heading to my nearest Sweetener tour concert date, thx.