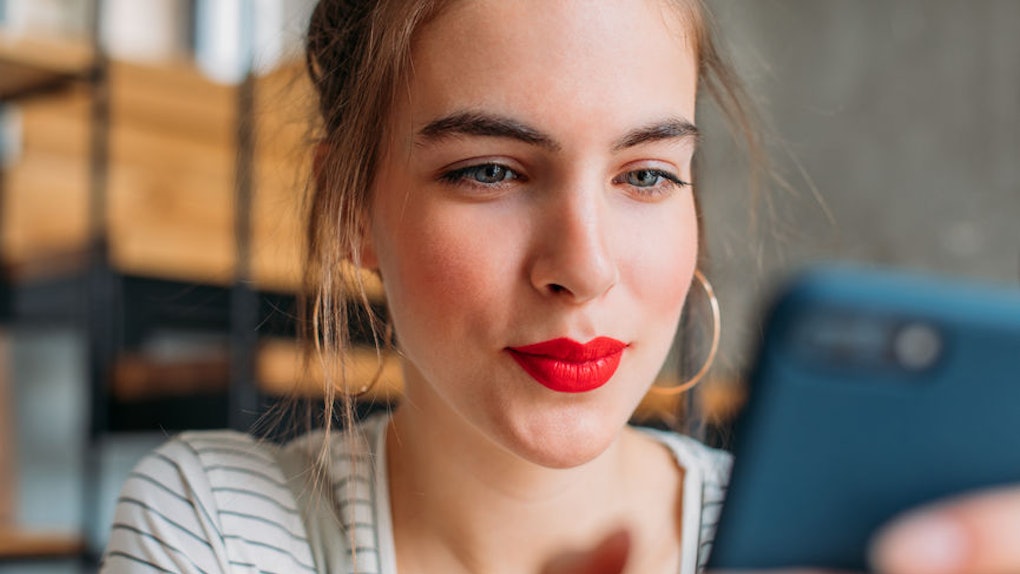 If You’ve Screenshotted A Crush’s Texts, You’ll Relate To These 6 Horror Stories

Texting screenshots: Friend or Foe? It’s a legitimate question, you guys. On the one hand, being able to capture a conversation with your date and share it with your BFF is super helpful — and far less time-consuming than typing out your convo word for word. But on the other hand, if you've ever screenshotted a crush’s texts, you probably realize it's risky business. Because one false move and you’re sending it to the wrong person — like, say, your crush — and then you’ll definitely have some explaining to do.

In fact, I’ve personally witnessed how well-meaning screenshots can go horribly wrong. A few years back, my friend Emily was crushing hard on a friend of a friend — let’s call him Dave. And while Emily was totally smitten with Dave, she also knew that our other friend Kelly had some history with him. Dave and Kelly had gone on a handful of dates and hooked up a little the previous summer, and while it didn’t ever lead to a serious relationship, it was obvious that Kelly still had some lingering feels about the situation. Still, Emily had been texting with Dave, and they were discussing plans to hang out just the two of them that weekend. Needless to say, she was amped up about it — after all, she’d only been waiting for this moment for months. So, she took a screenshot of their flirty convo, with the intention of sending it to me to give me an update on the situation. Unfortunately, she didn’t send it to me. She sent it to a group text I was on — with none other than Kelly. I don’t think I need to tell you that it got kind of ugly.

I’m not the only one with a dating horror story of this nature, either. Here are some more cautionary texting tales about screenshotting a conversation with a crush.

I had an AMAZING first date with a guy, best one I’ve ever been on. I haven’t dated much since my last relationship went up in flames so I was very flattered when he texted me the next day saying “I hope you know you’re awesome” so naturally, I screenshot our convo, hoping to send it to my bestie. Nope. Sent it to him. Told him the truth about how I was bragging about him to my friend and he didn’t seem to care...too much. Second mistake: last night I found him and his ex on Instagram. Wanted to know when they broke up (so I could tell if he’s actually ready to date, plus I’m a terrible person and apparently a cyberstalker), so I was zooming in on one of her photos to see if he was in it...and OOOPS double-clicked. I immediately unliked it but I know she got a notification. How do I know? Because later that night her account was set to private.

Texting a girl and accidentally sent a screenshot of the convo to her. My friend likes her and he came up in our conversation so I took a pic of that part and planned to send it to him but sent to her instead. Now it's kinda sus… after I explained the situation, just "um it's a little awkward but it's fine dw!" Still, though. Pretty cringey.

It was SO brutal, because I thought I was sending the screenshot to my friend, who had been texting me asking for updates on this new guy I was seeing. Along with the screenshot, which revealed some hilarious things he had said, I wrote, “does this make up for his height?” because I had been struggling with the fact that he was shorter than me. When I saw that I had sent it to him, not her, I panicked. And you know what? He never responded. Not. A. Peep. So, I didn’t either. I figured he was too offended to bounce back from that, and I felt too embarrassed to try and climb out of the ditch I dug.

I just sent the screenshot of my convo with my crush to my crush instead of my friend by accident… I successfully played it off by acting as if I was pointing out a specific part of the convo. Crisis averted.

I was about to go on a first date with this guy I’d met on Tinder, and we had been texting for a couple of weeks leading up to it. He said something super flirty, which I took a screenshot of, with the intention of sending it to my friend. I sent the screenshot in a text and wrote, “what should I say?” When I realized I sent it to the guy in question, my stomach dropped. I was literally asking for advice on how to respond to him — is there anything more uncool? I decided to take the honest route and just own up to it, and luckily he was super chill about it. In fact, he responded with something like, "You should say you can't wait to finally meet." That won him major points.

I had a date with this guy who I was pretty sure was "The One.” I mean, he took me to my favorite restaurant without knowing it, ordered the same drink as me, and the conversation was flowing so easily that we closed down the bar. Not to mention, there was an A+ goodnight makeout on my front stoop after he walked me home like a true gentleman. So, naturally, I texted my BFF the next morning with a screenshot of his last text the night before, which read, “Tonight was [100 emoji], round 2 this weekend?” Then, I added, “Meet my future husband” with a ring emoji. The only problem was, I didn’t send it to her — I sent it to HIM. And then I died. RIP me.

I literally sat there totally stunned, unable to move. Humiliated, I tried to make up some story about my friend messing with me and using my phone while I was getting ready. I don’t think he bought it. To my delight, he was still down to go out again, but I’ll be real — that awkwardness def carried over into our second date. I never saw him again. And as far as I’m concerned, it was all because of that fateful screenshot.

Look — these accidents happen. And as you can see, some people are able to survive the awkwardness and play it off like it’s NBD. You have several options in these scenarios: You can own up to what you were doing, make a joke about it, come up with an epic explanation, or just totally ignore it and hope they don’t bring it up. Whichever strategy you choose, remember: If they’re just as into you as you are into them, then they won’t give a f*ck about a silly screenshot — in fact, someday, it may become a tale you can both look back on and laugh about.