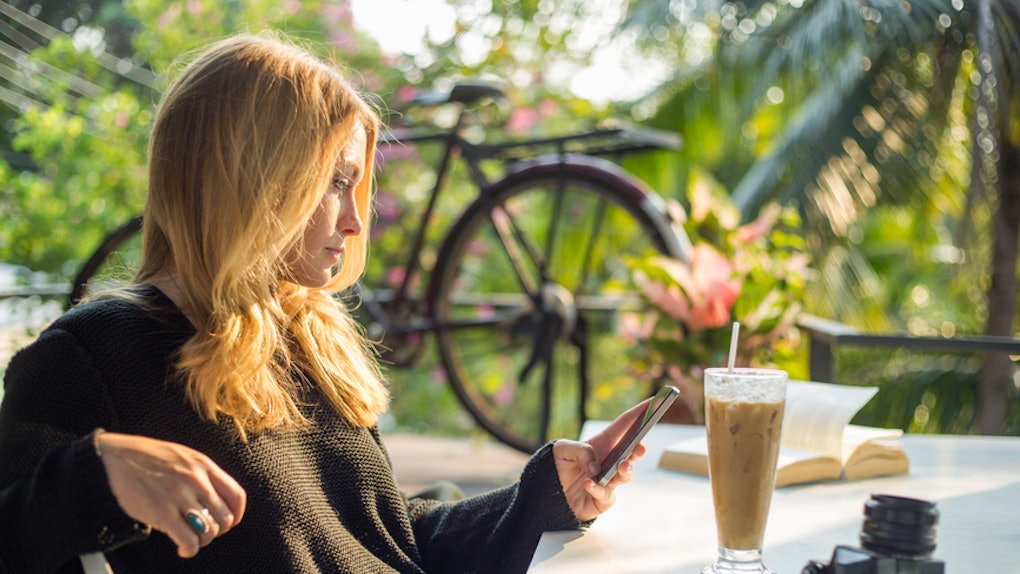 Anyone with a pulse knows that accidents happen, and for some seriously messed up reason, they always seem to happen when we're least expecting them. We all know that feeling — suddenly realizing the gravity of our accidents and feeling our blood run cold. If you're like me and alternate between hitting up your mom and your crew for dating advice, then you've probs endured the worst: texting your crush a screenshot of your conversation that was meant for someone else, AKA, total humiliation. But don't worry! With these texts to send your crush after an accidental screenshot, you might be able to ensure the damage is minimal.

Let's be real, sometimes you really need some objective input on what your crush meant by that cryptic AF emoji cluster. So naturally, you take a screenshot and send it to your group chat for an in-depth analysis. But you only realize once it's too late that you actually sent it to your crush instead. Awk. Now, before you have a total meltdown, consider this: If your crush knows that you like them, is that really the worst thing? Of course, it depends on if it was just the screenshot or if it was accompanied by a paragraph-long obsessive message, but at the end of the day, if you're both able to laugh it off, then it could end up giving them just the confidence they needed to ask you out... because you'd obviously be down!

So if you find yourself tripping over what to say next (or if you should even say anything at all), here are five ways to gracefully move past it.

1. A Pic Of You Looking Hot, With An Embarrassed Look On Your Face

The main approach here is to acknowledge that you accidentally sent them a somewhat embarrassing message, but quickly try to divert their attention by sending a picture of you looking fine. No matter which way you slice it, when they know you were seeking advice on how to proceed with them, it's going to be pretty obvious that you like them. But sh*t happens, and if they are that put off by the whole situation, then you're probably better off focusing your efforts on someone else who's more interested.

If they take the bait and brush it off after they've cracked a few jokes about you at your expense, then all is well.

One of the biggest factors when it comes to feeling embarrassed about something is feeling like we look bad. But by not putting too much weight on it and laughing it off, you can basically trick them into not thinking too much of it either.

When you like someone you like someone, and one embarrassing mishap likely won't change that from their perspective. If anything, along with feeling a little second-hand embarrassment for you, they'll probably think it's cute that you were trying to "figure them out," or whatever.

3. "Ignore that! TBH, I was totally gushing to a friend about you...well I guess the cat's out of the bag ."

If you have any reason to believe that you had the upper hand (as in, you're pretty sure that they like you too) then this could weirdly work out in your favor. Maybe they were obsessing over whether or not you actually like them and now that you're a bit exposed, they have validation.

This happened to a friend of mine in the early stages of her relationship, and you'll all be relieved to know that she and her mans are still dating, and he never even brought it up IRL!

4. "So, would you believe me if I said that my phone was in my pocket and my butt accidentally took a screenshot of our convo and sent it back to you all by itself?"

If you think they're into butts (or they're just someone with a good sense of humor) then this could be a great chance to show how witty you are. Why apologize, when all you were doing was probably texting the screenshot to your mom? If you're good at pivoting a conversation, then the fact that you mentioned your butt will probably be a low-key turn on.

Honestly, of course they suspect that you were probably up to something. But if you just leave it alone and wait for them to text you, then they might not even call you out on it.

Having a major panic attack over stuff like this is totally normal because no one wants to feel silly and embarrassed. And while the thought of it might still send a shiver down your spine, just remember that if you liking them is that much of a turn-off for them, then cut your losses, delete their number, and move on. There's no use crying over spilled milk.