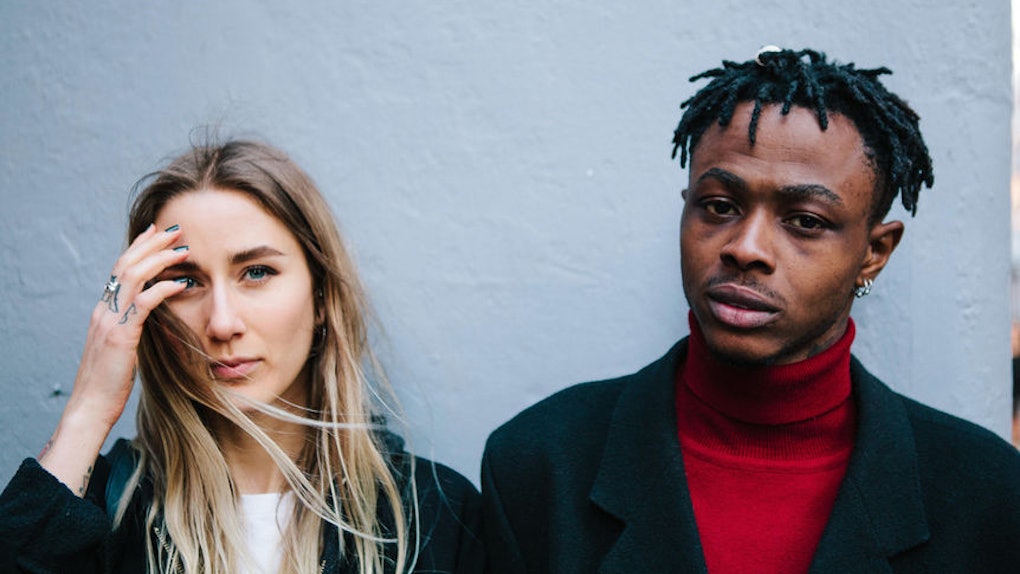 If Your Partner Is Hiding A Secret From Their Past, Here's How You'll Know

When we think about the hallmarks of a healthy, happy relationship, one of the first concepts that comes to mind is honesty. After all, the more you know about someone, the closer your bond will be. And to boot, honesty breeds trust, which is crucial for a relationship to thrive. Still, we sometimes carry secrets into our relationships due to shame, unhealed wounds, or fear of judgment. If you suspect your partner is hiding a secret from their past, that suspicion may trigger some anxiety or uncertainty on your part. After all, shouldn’t they be able to share anything with you? But depending on the nature of the secret as well as your relationship, it’s usually a little bit more complicated than that. Fortunately, there are ways to tell if your partner has some skeletons in their closet — and better yet, to create a supportive space for them to share those with you when they feel ready.

According to licensed clinical social worker Melanie Shapiro, one of the top signs that your SO is hiding a secret from you is if they avoid talking about certain experiences. For example, they may clam up or change the subject when you bring up a certain time in their life or ask a question about a particular experience or relationship. Or, Shapiro says they may keep conversations about their past very general, leaving out details such as specific names and places. Pay attention if they tend to offer vague responses (or no response at all) when you approach a specific topic because that suggests there’s a story surrounding that topic that they’re not yet ready to share. And if the secret they're hiding is about a traumatic experience, they may become jumpy, agitated, or have an otherwise emotional response that doesn't seem to match the subject at hand.

Shapiro reveals that if your partner avoids having you meet certain people, such as college friends, family members, or co-workers, that’s another red flag. It’s important to note that there are many reasons why your SO might not have introduced you to these people yet. However, one of these reasons is that they’re hiding something from you — something that these particular friends or family members already know. And introducing you to them would pose a risk that you’d find out their secret. Also, if it seems like your partner has a strong desire to “compartmentalize” their life, Shapiro notes that they may be making an active effort to keep groups of friends from crossing paths for fear of their secret being revealed.

So, what should you do if you suspect they are hiding something from you, but aren't certain?

“Name your suspicion but in a general way,” Shapiro advises.

The goal is to let them know about your hunch without making any assumptions or attacking them.

Shapiro recommends language along the lines of, “I get the sense that there’s something you’re not telling me, is there anything else you think I should know about?”

“Ask in a non-blaming and non-judgmental way,” she tells Elite Daily. “Inviting your partner to share something with you without having them feel embarrassed or judged is really important.”

While it may be tempting to pry information out of them purely out of curiosity or concern, it’s crucial to let your partner tell you their secret when they’re ready. By making them feel emotionally safe, you can create an environment that will make them more likely to share their story with you.

Speaking from experience, I neglected to tell my current partner about my past eating disorder until we had been dating for about eight months. Whenever we talked about my experience living out in Los Angeles during my final semester of college, I hinted at the fact that I was not in a good place, and that I had been depressed and unhealthy, but left it at that. Deep down, I was terrified that he might somehow see me differently if he knew that I had struggled with an ED. Once I had reached a point in our relationship where I felt confident in our bond (and trusted that nothing I could tell him would make him run for the hills), I spilled all of the details. It was cathartic, and I was relieved to find that there was zero judgement on my boyfriend’s part — in fact, he assured me that he saw my overcoming the disorder as a sign of immense strength. To his credit, while he admitted that he suspected I was keeping something from him about my past, he never pried or pushed me to tell him about it. He allowed me to open up on my own terms, which only fortified our bond even further.

“In many instances, people keep secrets due to feeling shame or embarrassment — not because they are intentionally trying to hurt a partner,” says Shapiro. “Therefore, allowing them to share in their own time will help them to have a sense of safety and control over an aspect of their past that likely causes feelings of sadness and uncertainty.”

So, remember: your partner likely isn’t hiding a secret from you out of malice or deliberate deception. They may worry about how you’ll react to their secret, or they may not have totally come to terms with it on their own yet. They may be very much wrapped up in their own shame and have yet to figure out the best way to reveal their story to you.

Certainly, everyone deserves to be with someone who is honest — but forcing someone to tell you about something when they’re not ready will likely only breed feelings of resentment, and potentially lead them to become even more closed off. The best thing you can do is to make your partner feel safe in sharing things with you by proving to them that you will not judge, criticize, or otherwise punish them for it, thus building up their trust. And of course, if months and months pass after you and your partner have identified that there’s something they’re still struggling to tell you, you can always suggest that they consider seeking out some counseling or therapy to help them work through their past experience. The bottom line is this: The more supportive, compassionate, and open-minded you are, the more likely they are to let you in on their secret.

More like this
Here's Why Someone Cheats On Their Partner, Based On Their Zodiac Sign
By Danielle Sinay
19 Cute “Good Morning” Texts To Send Your Partner Every Day & Put A Smile On Their Face
By Christy Piña
25 Dirty Jokes To Text Your Partner For Filthy Laughs
By Corinne Sullivan
Stay up to date