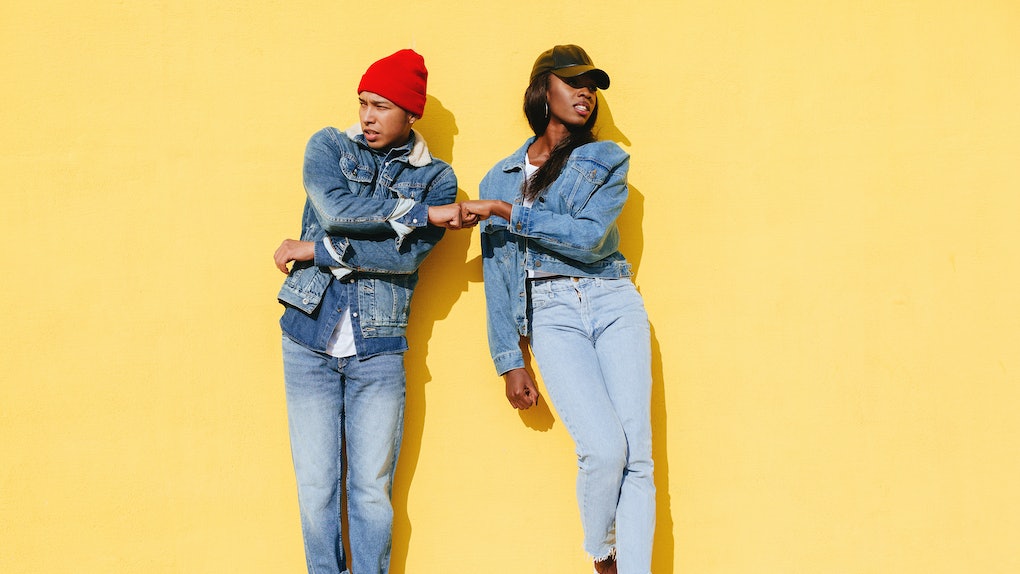 If You Don't Really Have Relationship Fights, You're Probably One Of These 4 Zodiac Signs

When it comes to the signs of the zodiac that don't really have relationship fights, I am sure you won't be too shocked to learn that Scorpios do not make it on to the list. Now, now — to be fair, neither do Geminis (of which I am one), but that still leaves quite a few signs to handle things, ahem, maturely during conflicts with bae. Similarly to cold sores, everybody experiences relationship conflicts. The difference lies in how you deal with it, together.

While some zodiac signs are particularly prone to arguments and heated conversations, others are quite the opposite. Some of these signs are actually rather non-confrontational, and hope to avoid any sort of conflict all together. It's all about finding a healthy middle-ground between feeling like you can bring things up to your partner and that you don't have to argue about every single thing.

All I know is that I have two friends who are Scorpios and dating each other, who are literally always arguing about something. Meanwhile, my friends who are Libras and Virgos rarely argue — instead, have a lot of "discussions" about "where they're at."

If you're dating someone that is conflict avoidant or just pretty chill about conflict, they're probably one of the following signs.

Don't get me wrong: Virgos are pretty good at addressing conflict. In fact, they're very good at it — and being good at conflict means that it doesn't happen often at all and when it does, it rarely escalates to a fight. Virgos are good at seeing a problem and naming it before it gets out of hand.

Aquarians are a unique AF sign. As air signs, they tend to be pretty distant and have to work at connecting with others. As a result, they really don't fight with their partners because, to them, an argument takes a herculean amount of effort to engage. This means that things can sort of go unaddressed with Aquarians — but they're not trying to harbor a grudge. Talking through conflict with Aquarians can sometimes look like asking them how they feel, what they want, and how that reflects the present situation. That way, they can speak their honest thoughts without sensing aggressive vibes.

Libras are sweethearts. They want the best for everyone, and they also want to feel comfortable in any and all situations. As a result, they don't really want to be involved in any fight or be near any fighting whatsoever. Libras are often known for their desire to "see all of the sides" of a situation. This is because they're empathetic, and when it comes to a problem, they want to hear all parties out. This can unfortunately make them feel like they're caught in the middle of a conflict. But within relationships, Libras are rarely ready to fight with their partner.

Sagittarians are kind of loners. This doesn't mean that they like to spend all of their time alone and don't enjoy company, but that they like to be independent. When it comes to relationships, they are selective with who they spend their time with. If a Sagittarius is with a partner, it's because there are no doubts about this person. As a result, they likely won't be seen starting any fights because they are too calculated in their decision-making. If problems arise, a Sagittarius is more likely to be brutally honest about how they feel — and if it isn't respect, they'll hit the road.

When it comes to relationship fights, it should go without saying that no one enjoys a brutal takedown. While some people have characteristics that make them more likely to get heated (@Leos), that can actually sometimes mean that they're willing to stick up for themselves. If you don't want to date any one of these peaceful signs, TBH — you'll probably enjoy all the ruckus.