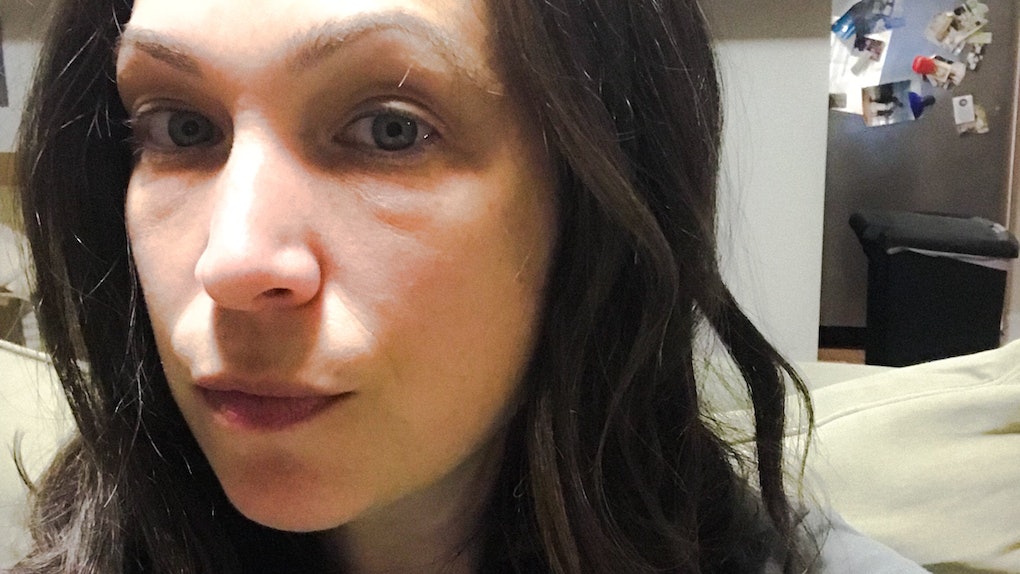 People go to Las Vegas for a number of reasons: to work, to play, to get married, to gamble. I had come to visit three of my clients at a trade show. At the time, I was an account manager for a marketing firm in Washington D.C. that supported the home building industry. As my plane touched down in the desert, my focus was on my job, not my crumbling relationship. My intention was to bury myself in work, not to cheat on my ex-fiancé, but as the adage goes…

What happened to me in Vegas was that I finally realized that I was capable of walking away from a relationship that had run its course. I stopped living in fear of what would happen next thanks to a stranger who appeared in my life at the exact time that I needed a distraction, an outlet, a change. Do I feel bad that the impetus for this realization was cheating on my significant other? Sure. If time were to rewind and I found myself in the same situation, would I do it again? Absolutely.

My ex and I had been involved for just over two years. We got engaged after a year of dating; three months after we announced the news, we broke up. Soon after, we got back together and committed to trying to salvage the relationship. There was no self-help stone left unturned: we went to couples' therapy, read relationship advice books, and dove deep to get to the root of our issues. In reality, the root was that we were just not a great match. All of the signs were there: I couldn't set a date for our wedding; whenever I'd see my parents, I'd burst into uncontrollable tears; my friends begged me to rethink the marriage.

When the time came for me to fly out to Vegas for a work trip, my ex and I were essentially living our own version of Groundhog Day. We would have three or four good days together, then he’d bring out the box with the ring and ask me to put it back on. I’d say no and we’d get into the type of argument that lasts for hours. The type that leaves you so depleted that all you can do is give in and know that in a week you’d be doing the same dance again. I was emotionally exhausted, but this was my first real, deep, intense relationship, and I wasn’t ready to let it go. I was so scared of being alone forever that I hung onto the relationship for dear life. I lost a part of myself in the process.

In Vegas, I shuffled from booth to booth at the trade show when my boss recommended that my coworker and I take one of our clients out for drinks. It seemed harmless enough. We had started with a group of about six people. One drink became two drinks, which became three, and before I realized it, we were at a second bar and our group had shrunk to four people. By bar number three and drink number I-had-lost-count, I was dancing with my client without a care in the world. It was the first time in a long time that I felt light and carefree. The weight of my relationship melted away; I felt like the person I had been prior to my engagement. I had missed this version of myself.

My client was the first man that I had been interested in since dating my ex. He was clever, sarcastic, covered in tattoos, and 100 percent my type. I could tell that if I gave the word, we’d be in his room in minutes. I sat in the bathroom weighing my options. Am I a cheater? Am I someone who can cheat? Will I feel guilty? Will anyone find out? Did I care if they did?

I walked out of the bathroom, took a deep breath and texted him while he was sitting in the next room: “Let’s get out of here.”

We concocted the most thinly-veiled, alcohol-induced excuse to leave together and made a beeline to the elevator to his room. As he threw me up against the elevator wall and kissed my neck, I felt one fleeting wave of guilt and then excitement. This is what I had been missing — this is what I craved. My relationship with my ex had become so routine, so mundane that even our attempts at romance had felt contractual; this was new, exciting, thrilling. I had no idea if this was going to go anywhere other that this night and I was OK with that, seeing as I still had a relationship that needed to end that was waiting for me back on the East Coast.

The next morning, as I sat in the airport, waiting for my flight home, the gravity of my actions sat heavily with me. But there was something missing — guilt. I felt bad for what I had done, but I didn’t feel guilty. I felt refreshed and excited. My new friend and I did not live in the same city or even the same time zone, but that didn’t stop us from texting daily. Our communication became part of my routine as I settled back into life post-cheating. We’d talk about meeting up half way between our homes in D.C. and Chicago, and while part of me knew that this would never materialize, the possibility energized me. It gave me the push that I needed to address the elephant in the room: that my relationship was over.

My new friend wasn’t my safety net. He wasn’t waiting at the other end of my relationship with open arms, and that was OK. I didn’t need him to swoop me up and save the day. I realized that I could save my own day. I was capable of a relationship that served my needs, not just the other person's. I was ready to walk away from my ex-fiancé for good.

The breakup was messy, complete with tears, yelling, and passive-aggressive emails to our therapist telling them that their services were no longer needed because our relationship was over. It was done. Did my client and I ever meet halfway? No, of course not. Our daily text conversations trickled into nothing, and that was fine with me. He had already given me the best gift: the confidence to move on.