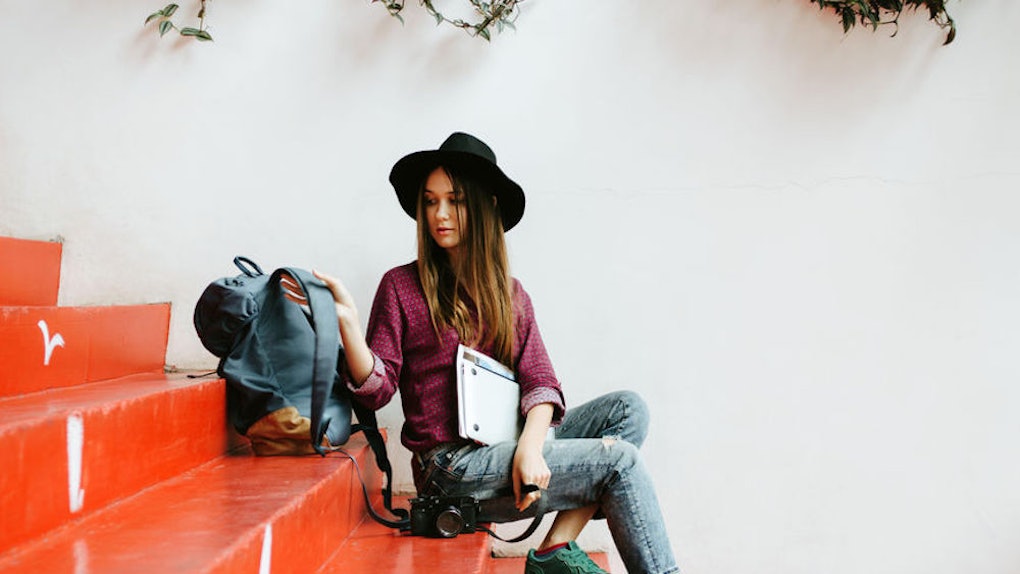 How To Land Your Dream Internship, According To 7 Women Who Have Been There, Done That

Shoot for the moon — right? You've been taught since day one to dream big. You told your friends and family that you wanted to be a scientist or a teacher. Now you're in college, trying to make that a reality. You're hanging in the library until midnight, and going to career fairs. It's not as simple as you thought it would be back when you were in kindergarten. But, you're also so ready to take on the challenges that come with launching your career. You may be wondering how to land your dream internship, because it's not as simple as sending good vibes out into the universe. Lucky for you, these real women have already been there, done that, and are here to share their experiences.

Finding your dream internship is the easy part — landing it is where things can get tough. It's hard to make yourself stand out in the pile of other applicants, but it's not impossible. You should always try and put yourself out there. After all, what's the worst that can happen? Rejection isn't fun, but it's sometimes a necessary step in the road to success.

Focus on putting together your portfolio and a #fire cover letter. Little details like that mean the world when you're applying to any position, but especially one you really love. Then take some tips from these seven real women, who got the interview and the job.

1. She Decided To Go For The "Far-Fetched" Dream

Scoring your dream internship in college is a great way to kickstart your career, or just find out what kind of work you might enjoy. During my junior year of college, I submitted an application to intern with Complex Music’s editorial department. I wanted to work for Complex for years, and the thought of interning for them was unreal. Up until that point in my undergraduate career, I didn’t have too much to boast on my resume, besides a summer waitressing job and my own personal blog. Despite this, I gave it a shot, submitted my application with samples from my music blog and a killer cover letter, and let the universe decide.

Months went by, and I hadn’t heard anything back from Complex, but one day in December out of the blue I got an email from the then-editor requesting a phone interview. The rest was history, and I ended up being asked to intern for two semesters, freelance beyond that, and was even offered a part-time news writing position this past winter!

This all happened because I took a shot in the dark and just applied. I had been working hard on my personal blog so I could showcase my passion for music writing, and my dedication showed. Securing my dream internship (and job!) has been the best part of my college and post-grad career, so I encourage everyone to always go for their goals no matter how far-fetched they may seem.

2. She Relied On Her Connections From School

As an interior design major, it was difficult finding a good internship in the concentration that I was looking for (residential, corporate, hospitality, etc.). I lucked out by talking to my dean, and he was able to offer some good options of firms that happened to have past alumni, who either worked there or owned the firm. He was even able to write me a letter of recommendation and put me in direct contact.

I landed a position with a high-end residential designer (who also happened to be an alum), and I got to work side-by-side with her on a variety of projects, from a historic preservation project of a 1800s carriage house right on the ocean, to a remodel of a garage space turned loft-party barn!

3. She Pursued An Opportunity Related To Her Passion

This summer, I was able to work for a small photography studio in Connecticut, which allowed me to photograph and assist weddings. Although this is not my "dream internship," this job allowed me to gain photography experience and have a job related to my major.

As someone who does not want to be a "wedding photographer," I actually enjoyed photographing the weddings. I would rather have any sort of job that allows me to use photography rather than a typical nine to five that does not!

The company was run by a husband and wife team, who were very kind to me and their clients. Weddings made me realize, even if this is not what I would like to pursue after graduation, they are good for a side hustle while still practicing what I love!

4. She Brought A New Project To The Table

When I joined a sorority, I knew I wanted to be a leader, and it became apparent that the highest way I could lead in the Greek community would be to hold an internship with the Office of Fraternity and Sorority Life. All of the most well-known leaders of our community held the position each year, and it was something I aspired to for years.

When I applied to the internship at the end of my junior year, I knew I needed to bring something different and unique to the table so I could stand out amongst the other incredible leaders who applied. I wound up applying to a “build your own project” style position, where I got to dedicate my year-long internship in the office to an area I was passionate about.

My idea for the Greek Allies initiative, a program that promotes inclusivity and awareness about the LGBTQ community in Greek community, is what landed me the internship in 2015. I still work there now, over three years later, as the graduate assistant, and it's my freshman dream come true.

5. She Said "Yes" And Made It Work, Despite Some Hurdles

Fall semester during my senior year of college, I landed an interview at NBC News. I wanted more than anything to intern there, but there was one catch. My college was two and a half hours away from New York City, and I was a full-time student.

I showed up to the interview and they were impressed with my resume, and then offered me a position. I said yes. I knew it would be nearly impossible to juggle both a three-days-a-week internship (where my call time was 3:30 a.m.) and my five courses, but I wanted it, so I made it work. There was a lot of couch surfing and driving involved, but it was the gold star on my resume that launched my news career — totally worth it.

6. She Stuck To Being Herself

My dream internship was with Special Olympics. I was their special events and public relations intern, starting my sophomore year of college.

My advice to you: Just be yourself! Don’t compare yourself to other candidates, or overly stress about what you think the employer wants to hear. I know that’s so corny, but I swear if you just walk in confidently, share your strengths and even your weaknesses, you can land anything. Let your personality shine. People value authenticity. I think employers also want to know that you’re not only qualified for the position, but that you’re a nice person to be around and a good addition to the team.

7. She Found A Mentor And Built A Network

My senior year as a marketing major I spent a semester in Los Angeles and was determined to intern in the entertainment industry. I interviewed at several major studios, but I really hit it off with an alum of my college and knew that she just understood me — where I was coming from, what I stood to gain from interning with her, how she could nurture me professionally, and how much of an asset I would be for her department.

Building a strong network is critical even at the earliest stages of your career, so start ASAP! Seek out connections who are walking the path you're aiming for, and form mutually-beneficial relationships. Don't forget to pay it forward once you hold the reins!

Some responses have been lightly edited for length and clarity.