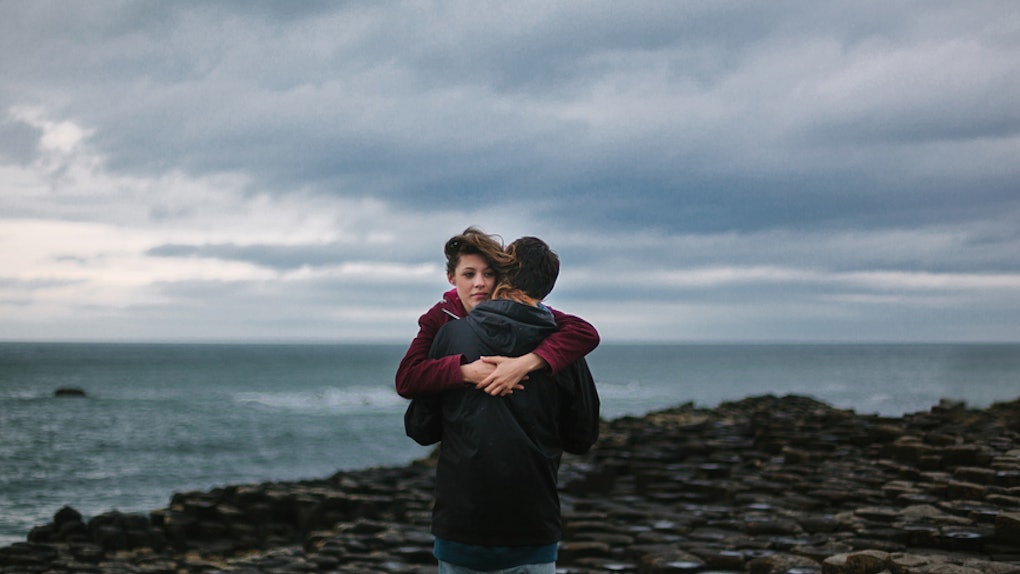 Few things are as painful as being in a one-sided relationship. If you suspect you may be in love with someone who may not feel the same way as you do, it's important to be honest with yourself about their behavior and how it makes you feel. How to know if you're in love with someone who doesn't feel the same way isn't always as straightforward as it may seem. It could be that the person does, in fact, like you, but they aren't in love. Despite what we may have been led to believe all our lives, real love isn't only about the butterflies and excitement of the early days. Most people who have been in relationships past the honeymoon phase will tell you that those feeling are likely to fade with time.

Love requires a sense of duty and commitment. Love is being there for someone when they need you and sticking by them on their bad days. Even if the person you're seeing says they love you, actions always speak louder than words. This may not mean that they are a bad person or that they don't care about you; it may just mean the mutual intimate love isn't there. That is not to say that their feelings won't ever progress, but if they continually aren't willing to show up for you when it counts, then it may be time to let them go. If the following points ring true, then it could mean your feelings aren't being reciprocated.

1. They Don't Make Your Relationship A Priority

Building and sustaining a healthy relationship requires compromise on both sides. This give and take will likely involve making time for one another, even it it means having to readjust something else in your life.

"No matter how busy someone is, [they'll] make time for you if [they] really want to see you," relationship expert James Preece told Elite Daily, "Don't accept excuses that [they have] to work late or something urgent has come up. Yes, life can get in the way, but serious people work around the obstacles."

Before throwing in the towel on someone, though, it's never a bad idea to sit your partner down and have an open and honest conversation about the things you feel you need to work on as a couple. If they do really love you, they will be understanding and eager to improve.

2. They Aren't Putting In As Much Effort As You Are

Just like mom says, "It takes two to tango." If your boo isn't putting in enough effort to help your relationship thrive, then this isn't good news.

"If you start noticing you're putting more effort into the relationship and staying connected [more] than [they are], then [they] may not be that into you," licensed psychologist and marriage counselor Dr. Wyatt Fisher said to Elite Daily.

There may be a chance for you both to salvage what you have if you communicate you feelings and if your partner is willing to improve their behavior.

3. You Haven't Met Their Friends

Getting to know the important people in your partner's life is not only a great way to get more insight into who they are, but it's also a pretty solid way to gauge their commitment to the relationship. If you've been dating for months and have yet to meet the people that make up their inner circle, then this is a not a good sign. Oftentimes, it's a dead giveaway that they don't take your relationship all that seriously. Otherwise, they would be keen on introducing you to the people the love to show you off.

4. They Don't Include You In Their Future

When you really value someone, then typically, you are pretty set on fully integrating them into your life. This also means that you aren't afraid to make plans for the not-so-near future.

Maybe they are planning a surprise birthday for their bestie next month or they have a work event coming up. Someone who reciprocates your feelings would want to make sure you mark your calendar for the party, or they'd want you to be their plus-one at the event. But if they only use "I" when talking about the future, rarely "we," then this could mean they just aren't on the same page.

It's important to remember that some people need more time to fully realize their feelings than others, and this is totally OK. But if this type of behavior continues on without any improvement after you communicate your concerns, then it may mean this person isn't as invested in your relationship as you might be. This can be difficult to cope with, of course, but everyone deserves a partner who loves and appreciates them equally — so don't settle for a scrub.