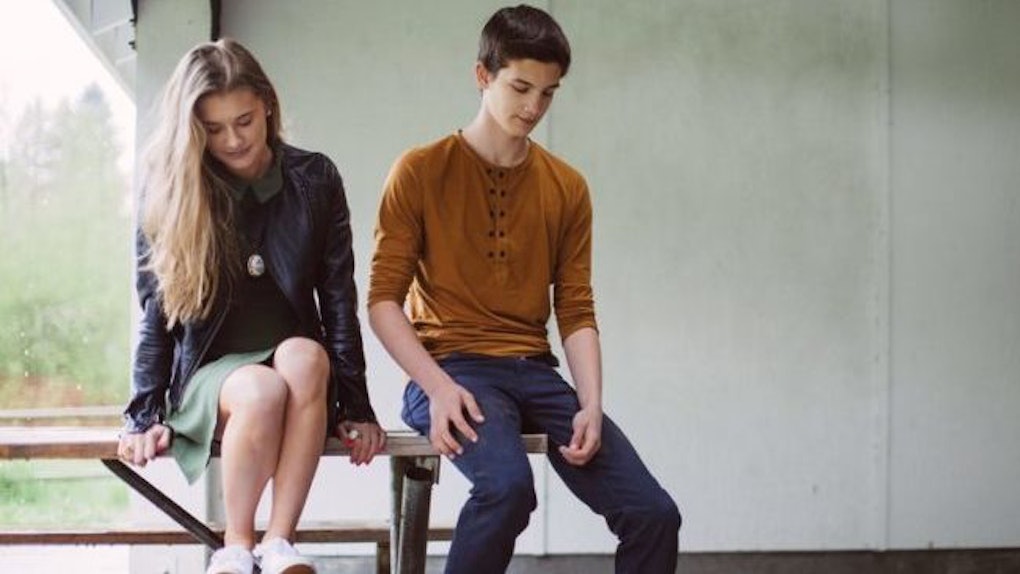 7 Signs He's Not That Into You, He's Just A Serial Dater

Being in a relationship where you feel like you care more than your partner does is the worst.

If you feel like he's just not that into you, often it's because he hasn't made enough of an effort to truly show you that you matter.

That said, sometimes you end up in a situation where someone seemed really cool at first, but as time went on, you felt like you mattered less and less to them. In this case, you may have found yourself with the dreaded serial dater: the guy who likes to go on a few dates and then quickly pulls back his interest.

I spoke to a few experts to help figure out some signs he's not that into you and may just be wasting your time while he dates around.

1. The Balance Of Effort Is Off

If you feel like your partner isn't putting in the amount of work you'd like, it may be a sign that he's not that into you.

Dr. Wyatt Fisher, licensed psychologist and marriage counselor, says when you're working harder than he is, it's never good. "If you start noticing you're putting more effort into the relationship and staying connected [more] than he is, then he may not be that into you," says Dr. Fisher.

James Preece, dating guru and relationship expert agrees, and says a tell-tale sign of this will be that whenever you'd like to see him, he's not free. If you make yourself available for the relationship more than he does, something is wrong.

"No matter how busy someone is, he'll make time for you if he really wants to see you, "says Preece. "Don't accept excuses that he has to work late or something urgent has come up. Yes, life can get in the way, but serious people work around the obstacles."

2. There's No Talk Of The Future

If you have imagined a possible future between the two of you, and he has stayed silent about it the whole time, he may be a serial dater without much interest in you as a person. "It's not a great sign if he's never willing to talk about future plans with you," Preece says.

And beware: It's not just that he won't make big plans you. A guy who isn't super into you will avoid making even little plans.

"Even small things like what you might do the following weekend can be a big deal if he's not that into you. He'll avoid the subject and try to talk about anything else... just to give himself time to think," says Preece.

Dr. Fisher adds that even if you do try to talk about the longer-term future, he'll be super vague: "If you notice his comments around long-term plans together for your life become nebulous, then he may not be that into you."

3. He's Not Being Totally Honest

Another serious sign that he might not be that into you is if he's inconsistent and secretive with his words and actions.

Preece says if his behavior is often totally different from what he told you it would be or what he previously said, this isn't a good sign: "He tells you he's gone to bed for an early night, but you can see he's active on social media until the early hours. Or perhaps he's told you two versions of different events without realizing."

A lack of honesty signals something is wrong, says Preece. "If he's leading you on, then ultimately he's lying to you, intentionally or otherwise. This usually leads to being caught out."

Dr. Fisher adds that a serial dater who isn't that into you will keep you removed from certain parts of his life, as well: "If you notice he keeps part of his thoughts/life private from you and doesn't fully open up, he may not be that into you."

4. He Tells You Just What You Want To Hear... Sometimes

If a man is leading you on and isn't that into you, that won't keep him from saying exactly what you're looking for... part of the time. The other part of the time, he'll just disappear.

"If he's a womanizer, then he knows exactly what to do and say to get you interested. So there'll be times when he'll pay you lots of compliments or pretend he thinks you are amazing," Preece says.

That said, the romance won't last forever: "There's something missing and it ends as quickly as it starts."

Thomas Edwards, relationship expert and founder of The Professional Wingman, adds that if he's just leading you on, he'll disappear for long periods of time in between dates and may even be not super communicative during them.

"When there's a lack of communication in between dates other than locking in logistics, it shows there's little desire to create a connection that can withstand the physical distance you two share," says Edwards. "When communication during the date suffers, so does the depth of connection that can be created, keeping it on a surface level with no chance of going further than just two having fun on dates, which is prime serial dater behavior.”

Simply put, to discern whether he might be a serial dater, you should look to whether he's serial-dated women a lot in the past. "If he has a history of jumping from one relationship to the next without long-term commitments, then he probably will do the same with you," says Dr. Fisher.

If his track record is terrible, then he may be a repeat serial dater who isn't that into you.

6. He Has A Wandering Eye

If he can't keep his eyes off women when the two of you are together, this is a sure sign he's not that into you. Similarly, if you find him still looking for hookups online, he's just a serial dater who's wasting your time.

Of course, it's normal to be attracted to other people in a relationship. But that doesn't mean he should constantly be checking out other women when you're with him.

"Watch his eyes," says Dr. Fisher. "When you're together, if you notice he continually has an eye for other beautiful women, then he may not be that into you."

Ditch him before it gets even worse.

7. Your Intuition Tells You Something Isn't Right

At the end of the day, your intuition will be your best friend in helping you figure out if he's just not that into you.

If your gut is telling you this isn't the guy for you, he's probably not. "Whatever else happens, always trust your gut," says Preece. "If you have any sort of niggling feeling something isn't right, and it won't go away, it's often because there's an issue. Don't be afraid to confront him about it if necessary."

You might be worried that if you're wrong and nothing was up, you'll freak him out just by talking about it, but don't worry about this. "If he's not a keeper, it's not going to matter if it scares him off," says Preece.

And if he is a keeper, he won't be deterred so easily and instead will probably want to help figure out ways to make you feel more secure.

It can suck to feel like the person you're dating just isn't that into you, but if he's not, it's better to know sooner rather than later. Getting out of a relationship where you feel like you're not a priority to your partner will be one of the best things that happened to you.

Even better: It'll free you up to find the relationship that is right for you!