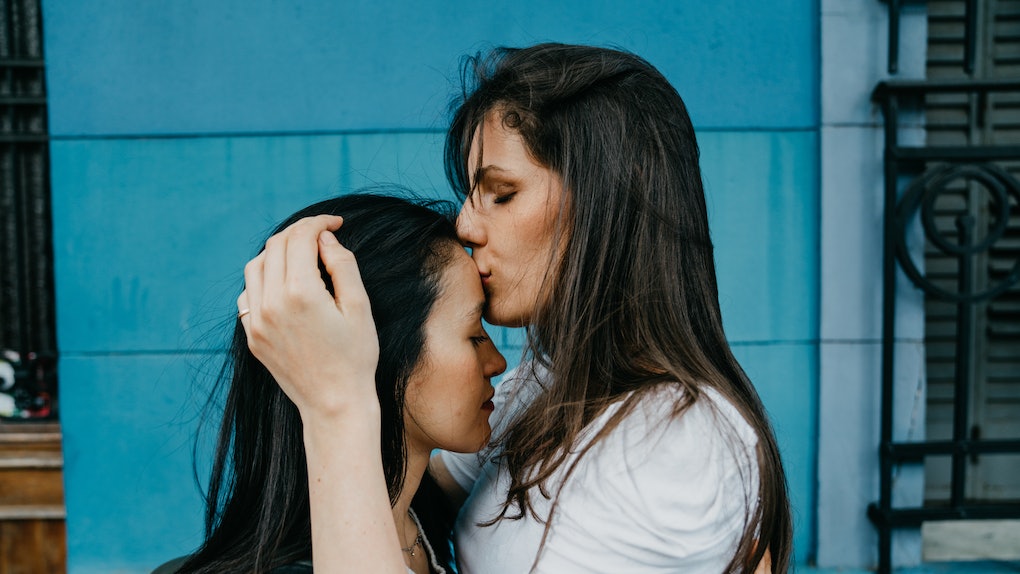 How To End A Fight With Each Zodiac Sign, Because Conflict Is Exhausting

We've all been through exasperating fights with people we need to get along with. Whether that person is your partner, your best friend, your mom, or your boss, you need to squash beef with them eventually. I know apologizing — especially when you're still angry about the situation — can be a real punch to your ego. It's almost like we're programmed to want to win a fight rather than resolve it. However, apologies can be quite disarming to your opponent, and knowing how to end a fight with each zodiac sign proves that, sometimes, asking for a peace treaty is the best way to go.

This doesn't mean you should apologize when you're not at fault. But if you've recently been dragged into drama that you didn't start, you'd know that when things get nasty, it's only natural to fight back. At the end of the day, it takes two to tango, and it's hard to resist stooping to someone else's level when they're asking for it.

While every zodiac sign has their own fighting style, there's always a way of getting them to hold up the white flag and let it go. If you're trying to move on from the conflict, why not try it?

Aries: Give Them Space And Remain Calm

An Aries is hot-headed and prone to impulsive flare-ups of anger and emotion. Unfortunately, they're also known for being in the mood to engage in conflict. Don't judge them too hard for their impulsiveness, because they do get over things quickly. If you give them space to breathe until they calm down, chances are that they will have already forgotten what even started the fight in the first place.

Taurus: Remind Them That You're Not Going Anywhere

All a loyal Taurus wants to know is that you care enough to actually resolve the conflict. Even if you're at fault, a Taurus is willing to forgive if you can prove that the relationship you share is more important to you than winning the argument. Remind them that you have unconditional love for them at all times and a Taurus will always see the bigger picture, prizing commitment above all.

If you think you're going to solve a conflict with a Gemini by ignoring them, you must be dreaming. This air sign is all about communication, and if you're not willing to be honest and have a crucial conversation, a Gemini will move on with their life without you. They're not known for holding onto grudges, so if you can get past your pride and talk it through respectfully, it will all work out.

Cancer: Show That You Care About Their Feelings

With such a sensitive heart, a Cancer's feelings are always hurt during a fight. No matter who's at fault, they probably feel wounded, moody, and dejected about the state of your relationship and they could use a little emotional reassurance. If you display empathy for their state of mind and a willingness to be kind, a Cancer will always respond positively to it.

Leo: Try To Understand Their Perspective

Fiery Leo is a fixed sign, so they can be stubborn in their point of view and married to their stance. This is why it may, unfortunately, be up to you to bridge the gap and put yourself in their shoes. Although you may not be at fault, a Leo just wants to know that you understand where they're coming from and respect their feelings. Give them that understanding and you're off to a good start.

Virgo: Discuss The Issue With Them Logically And Rationally

Analytical Virgo doesn't respond well to emotional immaturity and manipulative tactics. Pouting and playing games is not going to score you any points with them. If you can display your side of the story with rationale and logical evidence to back it up, a Virgo will be forced to lay down their arms. As long as you work with facts, a Virgo will likely let it go.

Libra: Come To A Fair Resolution And Compromise

The most important thing to a Libra is fairness. No matter who's at fault, they're naturally hoping that justice will be served. If you're willing to discuss the situation from all angles and come to a diplomatic compromise with a Libra, there's no reason why things won't get resolved. Remember that Libras hate conflict and they're probably as eager to stop fighting as you are.

Scorpio: Be Willing To Be The Bigger Person

When a Scorpio is set on an opinion (whether it's right or wrong), trying to change it can be as impossible as moving mountains. If you're up to the task, I won't stop you. However, the easier option is usually to be the adult in the situation. Just let it go and be the one who salvages the relationship. If you are willing to swallow your pride and agree to their terms, there's a big chance a Scorpio will later admit they were wrong too.

During a fight, a Sagittarius usually says a lot of things that most people would consider abrasive, rude, or unkind. However, this doesn't necessarily mean they're trying to hurt your feelings. It's just that they're often too honest for their own good. If you can get past the way they fight, it'll be surprisingly easy to resolve a conflict with them. They're not too sensitive or prideful, and they're probably already over it TBH.

Capricorn: Apologize For Your Part And Hope They Accept It

If you're fighting with a Capricorn, you'd know that they don't back down easily. Even if they know they're at fault, they don't enjoy taking anyone's side but their own. However, if you can at least apologize for the ways in which you contributed to the fight, a Capricorn will feel they've won in some way. As long as they don't walk away feeling like the loser, a Capricorn is willing to let bygones be bygones.

Aquarius: Say You Want To Make Peace, But Don't Push It

While Aquarius is an air sign who needs communication, they're also known for disappearing when things get rough. No matter whose fault it is, an Aquarius is simply not in the mood to get their hands dirty in a fight. Because of how rigid and flighty they may be, it's best to make your desire to resolve the situation known and then let them come to you when they're ready. If they care enough, an Aquarius definitely will.

Pisces: Tell Them You're Sorry And Tired Of Fighting

Even during a quarrel, a Pisces never loses their soft side. If you can stimulate this soft side during your attempt to end your fight with them, you've already negotiated a resolution. Although they're emotional during arguments, they probably want to let the situation go even more than you do. In all honesty, they're probably feeling guilty about it even if you were the one who's at fault.

This article was originally published on July 18, 2018