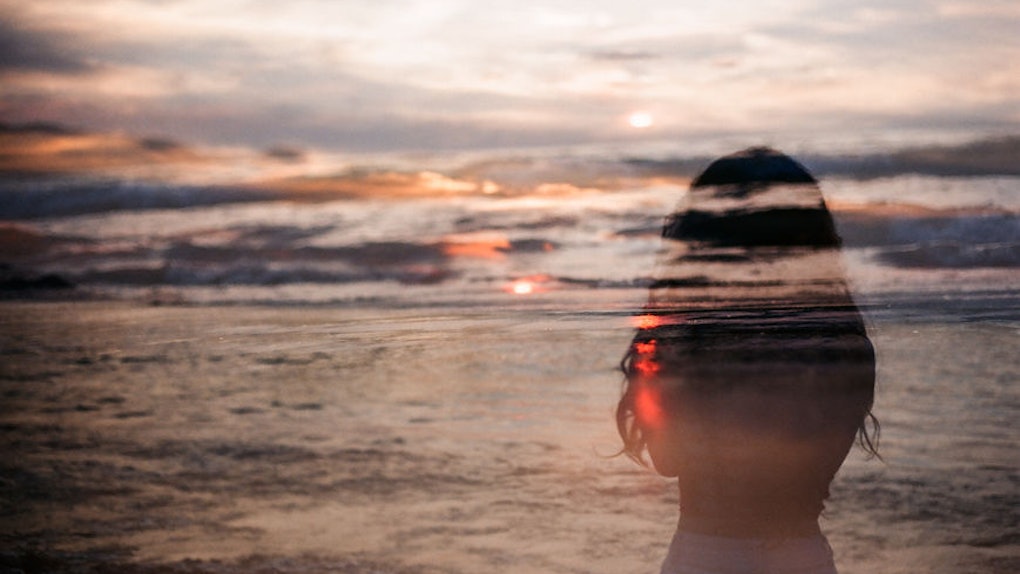 Anyone who's experienced a full moon knows that strange things tend to happen under its gaze. Whether you follow astrology or not, the energy it radiates upon our Earth is undeniably intense. More importantly, it's unpredictable. You can study all the various ways astrologers say it will effect your zodiac sign, and the outcome is always something you never would have expected. Sometimes a full moon is made of endless joy and reward. Other times, a full moon causes the most chaotic and stressful amalgam of emotions imaginable. You never really know what you're going to get, and how the full moon total lunar eclipse will affect your mood will indeed be a twist of fate. Prepare for July 27, 2018, folks.

As for me, an upcoming full moon is always enough to send my hairs standing on end. However, when that full moon also happens to be a total lunar eclipse, I become positively terrified. Now, I know "terrified" is a strong word. After all, none of us are strangers to the transformative effects of eclipse seasons. But with five planets currently in retrograde (becoming six when Mercury enters retrograde the day right before the lunar eclipse), it's clear we're all undergoing something major. Just look around you. Is it just me, or is everyone totally freaking out about life right now?

Deep-seated Emotions Floating To The Surface

Like any full moon, all the emotions, thoughts, and feelings simmering just beneath the surface will blast through your barriers, for all the world to see. However, a blood moon pulls something out of you that's been long lying dormant: something that changes everything.

The truth is rarely pretty, and we often find ways to hide or ignore it because the truth contradicts what we want. Unfortunately, the truth always comes out eventually. When the lunar eclipse spills blood across our night sky, there's a chance that blood may contain a truth bomb that turns your entire world upside down. I hope you're in the mood for some drama, because the chaos of such swift change is bound to make everyone a lot more volatile, sensitive, and emotional than usual.

Fear And Anxiety Over The Transitions In Your Life

Things like going through a breakup, moving to a different city, getting fired from your job, or a major change in beliefs are all known to happen on a lunar eclipse. Whether you were ready for these transformations or not, you'll more than likely feel anxiety over the uncertainty that these events hold. Cutting the cord on something that has long brought you comfort inevitably inspires fear. However, the lunar eclipse is only here to speed up the journey towards your ultimate destiny.

With so much intensity and drama going on, it's on the unlikely side that you'll find time for rest on the lunar eclipse. Your mind may be racing, sleep may evade you, and truth be told, emotions are downright exhausting. With this lunar eclipse forming a confusing and complicating conjunction with Mars (while it's in retrograde), you can expect to feel yanked in strange directions, pushed past your limits, and unsure of what to do with your overwhelming feelings.

However, there is one thing you should remember. Eclipse seasons are here to help, not harm. If it feels like nothing will be the same after this blood moon, it's only because there was serious work to be done in order for you to find the right path. And don't we all want to reach our destiny sooner rather than later?

More like this
The 'High School Musical' Series Character You Are, Based On Your Zodiac Sign
By Chelsea Jackson
May 17, 2021 Will Be The Most Romantic Day This Month For Every Zodiac Sign
By Valerie Mesa
The Emotional Meaning Of The May 2021 New Moon Is About Commitment
By Roya Backlund
Stay up to date