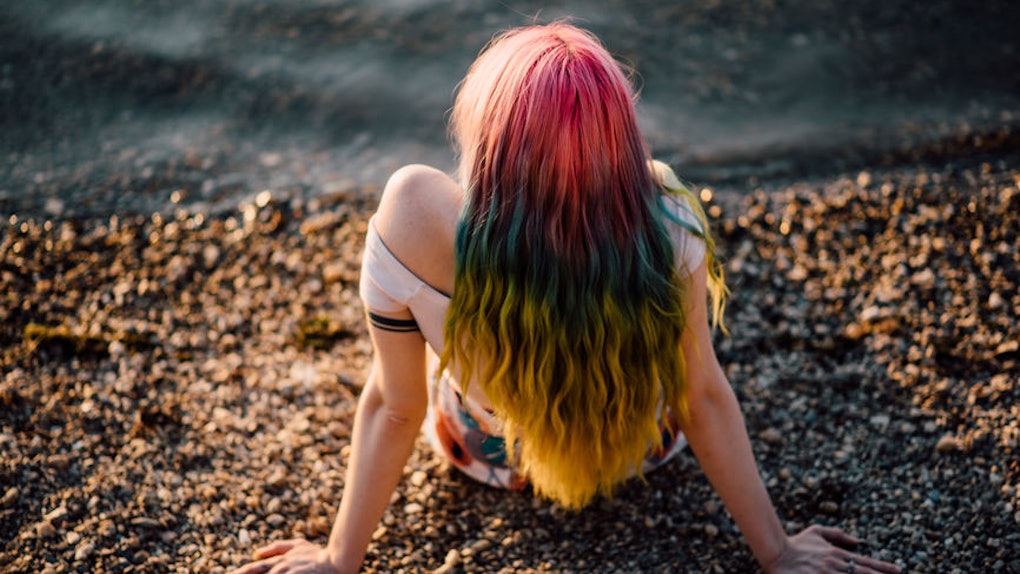 How Do You Know If Marriage Isn't For You? 7 Women Share Why They Didn't Say "I Do"

I have a bone to pick with an irritatingly persistent female stereotype — you know, the one that suggests all women fantasize about their wedding day for their entire lives, dreaming up the dress they’ll say “I do” in and playing house as they envision their own happy ending. There's nothing wrong with this fantasy, but guess what? Not all women want to get married. In fact, after doing a quick Reddit, I discovered that there are dozens of ladies and femme-identifying people who have absolutely no interest in tying the knot. How do you know if marriage isn't for you? Like these women, you'll be perfectly content to pursue romantic relationships without feeling eager to put a ring on it.

And the reality is, relationships can be just as rewarding without a legally binding document. Provided you’re with the right person, you can experience the same range of feelings and fulfillment, and hit many of the same momentous milestones, too. Also, you can still achieve the same level of deep commitment to each other, regardless of the fact that you haven’t exchanged rings.

There are many reasons why someone might opt to dodge marriage. They may simply not believe in it — or at least not believe that it can work for them. Or, they may have witnessed too many marriage failures that have left them jaded. Alternatively, they might just feel confident enough in their romantic bond without needing to exchange vows with their partner. Here’s what seven women had to say about how they knew marriage merely wasn’t for them.

"It is not an indicator of love."

I don't believe in marriage for many reasons.

1. It is not an indicator of love.

2a. Just 'cause someone's not married doesn't mean they're not serious or settling down, especially if they've been living with their partner for years, had kids and own property together.

3. People have kids outside of wedlock and are fantastic parents!

4. There is too much importance put on being married and not enough put on the actual status of a relationship these days.

5. Gay people cannot get married in the city where I live (though I think it is now recognized).

5a. I feel gay marriage wouldn't be such a huge issue if marriage wasn't seen and being so important!

6. I am not religious, and will not celebrate my union with another in a religious way (yes I am aware you can have nonreligious ceremonies and weddings, etc.)

"I don't believe in tying yourself to one person."

I'm almost 30, female, and after a lot of soul searching don't think I believe in marriage.

I don't believe people should be attached to one person. Definitely not advocating polygamy but I just don't believe in tying yourself to a person.

"I never bought into the whole thing."

Kind of a hypocrite, since I'm married, but I never bought into the whole thing. We just figured that after living together for five years, we might as well get the tax break.

Neither of us is under the delusion that anything is going to last forever or that we're soulmates or any bullshit like that.

"Saying it is enough."

Two kids and six years together, don’t need any of that nonsense to declare our love for one another. Simply saying it is enough. The only downside is that I hate calling him my boyfriend... I would like to call him my husband just because it’s so much more mature. Dumb, I know.

"Why spend all that money?"

Why spend all that money on a dress only worn once (maybe), and a big party just to end in a divorce?

I don't believe in marriage. At one point it served a purpose but now I just don't see the point. If for some reason you decide that things aren't working out, that piece of paper can make your life hell on earth.

"It honestly creeps me out."

I just hate the concept of being legally bound to someone, it honestly creeps me out. My partner and I feel bonded for life already, so why do we need to make it “official”? I don’t need some stupid ring to remind me of how I feel. Besides, my mom never married and she’s doing fine.

Indeed. marriage isn't for everyone. While it may be important for some to have their union legally recognized, others may scoff or shudder at the very idea — and that's totally OK. It's good to know that marriage isn't for you, because acknowledging your stance on this concept can help you to stay true to your beliefs rather than giving in to societal pressures or norms. The truth is, it's entirely possible to have a fulfilling love life without taking your relationship to the altar. And if you're ever feeling insecure about your feelings on marriage, remember these seven women who are standing with you in solidarity. The bottom line? You do you, sis.

More like this
12 Books About Dating & Relationships That Are Must-Reads
By Corinne Sullivan
Zac Clark & Tayshia Adams Are Wedding Planning & I’m So Pumped
By Lydia Wang
When Are Ariana Grande & Dalton Gomez Getting Married? Here's The Reported Tea
By Corinne Sullivan
Stay up to date