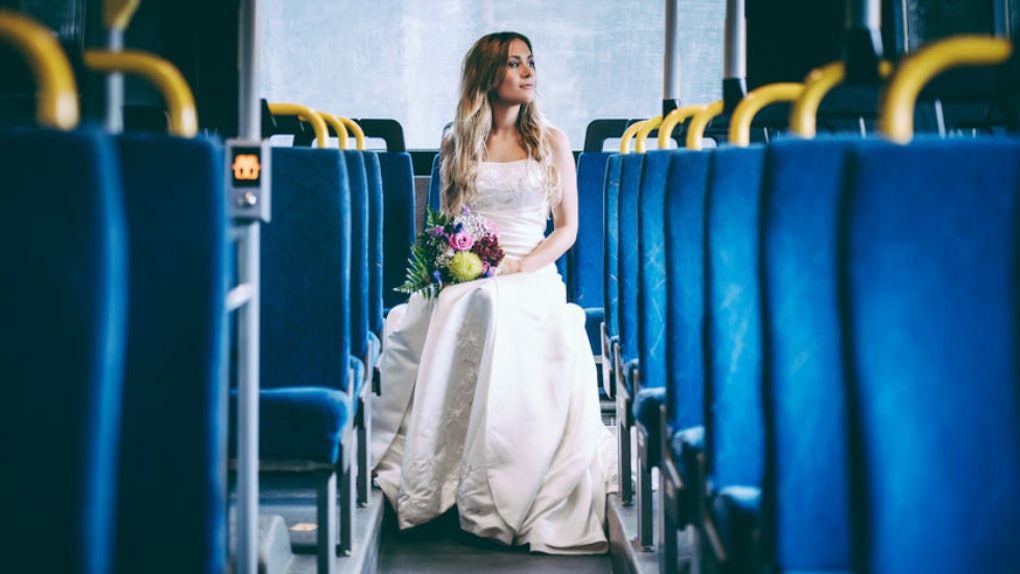 Is Marriage For You? 9 Women Reveal How They Knew They Didn't Want To Say "I Do"

A lot of women spend their whole lives dreaming about their wedding day, so much so that if you don't spend years envisioning your perfect gown or fantasizing about what your spouse will be like, you might be left wondering: Is marriage for you? As far as the whole daydreaming thing goes, whether you've been thinking about marriage your whole life or the thought never really occurred to you before (or you're somewhere in between), you're totally normal — and either way, it doesn't really have any bearing on if marriage is for you or not.

I mean, some people envision their wedding day from the time they're kids, and then grow up and realize they don't actually want to get married. And on the other hand, some people who've never given marriage a second thought decide to say "I do" when they meet someone who feels like a perfect fit. Things change, and that's OK.

Some women are just happy as-is.

I just don't really see the point. My boyfriend and I live together, we have pets together, we're a family, and we both know we want to be together forever. Why do I need to get married when I already have all these things?

The only reason I would get married is if we needed some of them sweet legal benefits that a legal marriage would entitle us to. Like... I'm covered by my parents' health insurance until I turn 26 next year. My job doesn't offer any benefits, but my boyfriend's job would cover his spouse if he had a spouse.

Yet everyone I've told this to in person gasps or scoffs and says "oh my god, don't get married just for health insurance." But... why else would I get married? Love? I already love him. How would marriage change that?

I'm too introverted. I need lots of alone time and space. I've been in a loving poly relationship with someone who is already married for about six years now, and this suits my needs perfectly.

Every woman in my family has either been divorced, or is stuck in a marriage with someone they hardly love anymore, so that has definitely made an impression on me. Also, all of my younger 20 -something friends who are getting married, are really only in it for the ring, the party, the title of being a wife.

I am very happily committed to my boyfriend without a ring, but with a beautiful baby and happy home. I think marriage is just an unnecessary tradition.

Some don't like the legally binding aspect of it.

I've never been in a relationship and thought, "You know what's missing here? A binding legal agreement!"

Because I don't want to get divorced.

And because, why? What is the benefit for me? Some tax stuff? I'd rather just pay more in taxes.

I just have no interest in getting married, although I"m not completely against the idea of living as a married couple with the same last name.

Some don't like society's expectations of what marriage is.

I just feel weird about it. I'm not totally opposed, but there are so many gendered stereotypes and expectations associated with marriage that I'd be really uncomfortable becoming someone's "wife." Like, that social role doesn't feel right to me at all. I don't want a traditional type of relationship and I feel like getting married is the ultimate in stereotypical heteronormativity.

Some don't want want to commit to one person forever.

Almost every couple I know in person are miserable because of marriage.

I don't want to compromise on my hobbies. I want to do them when I want to and not have someone hold me back.

I'm not deadset against it but the idea of promising to love and be with someone for the rest of your life is nearly comical to me. You're going to change a lot over the years and there is no way to know if that will be together or apart, and I refuse to disrespect my SO with some idealised promise that it'll be the former.

And some just don't want a relationship at all.

For me it's the most rational reason: I don't want to be in a relationship. I'm not opposed to it, marriage or relationships, I just don't have any urge to be in one. I never date and I assume I'll be this way till I'm dead. Of course, I might find a guy and get married and have kids, but atm it doesn't look like it's in the cards for me. I'm cool with that.

Whether you want to date no one, be with multiple people, be with someone contract-free, or get married, all that matters is that it's what works for you. If you're happy, you're happy, and you shouldn't let anyone question or challenge the decisions that lead you there.