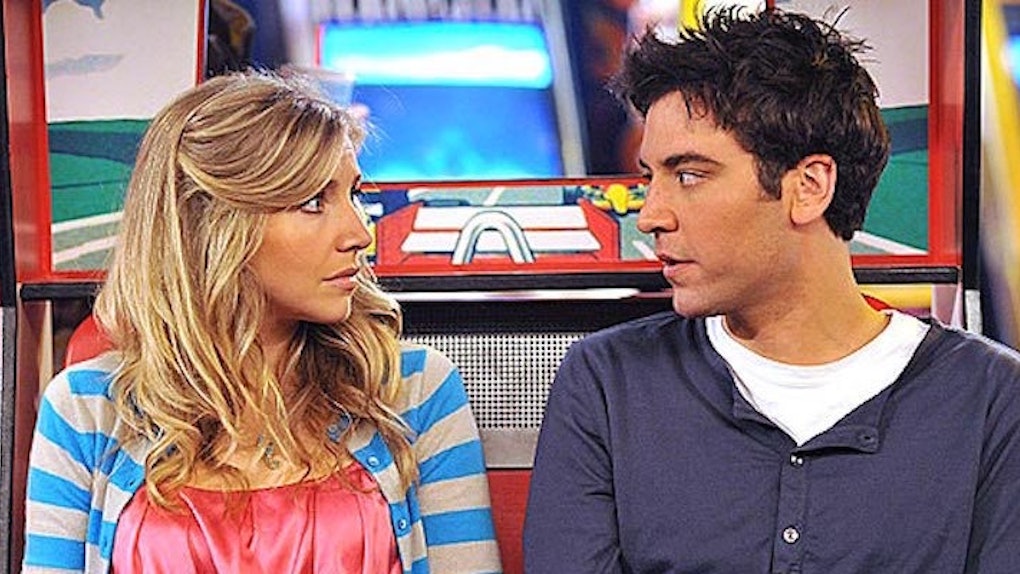 Why Not Believing In Marriage Doesn't Make Me Bitter

What I don't believe in is the Millennial haphazard treatment of this huge commitment.

I will never be the person to get married to check the box, accomplish some “life goal" or solidify five years in a shitty relationship.

That all being said, I wouldn't say I flat out don't believe in marriage. It's not that black and white to me.

My parents have been happily married for more than 30 years. I've always seen myself getting married eventually, even though it's never been a “goal” or a box to check off.

It's just something I've always assumed I would do. However, my views on marriage itself have changed drastically over the past few years.

As I've gotten older and considered the thought of actually settling down with someone for life, I began to get overwhelmed with the seriousness of that commitment.

I've seen what kind of love a 30-year marriage requires, and it takes a lot of time, commitment and patience between two individuals.

All of that is extremely hard to find in a relationship, and I absolutely will not make that commitment to a guy unless it's that kind of love. No one else should, either.

To enter a lifelong commitment without fully trusting and giving yourself to someone is something we have all seen far too often, and it is not fair to either person or family involved.

For that reason, I am not bitter, but I'm not planning on walking down that aisle anytime soon.

It was one thing to see my parents as a successful married couple; they made it seem easy.

It was quite another to see myself having the same success, finding someone who I could literally stand by forever and never look back.

Marriage is a huge deal to me, a HUGE deal. It's something to be admired and cherished between two people who are right for each other.

I've seen several friends take the leap into married life, and my own sister will be among them this December. I believe in all of their marriages, and I think a majority of them are the perfect mix of best friends and lovers.

My “disbelief” of marriage as of late is not to say it can't be achieved. It absolutely can.

I'm starting to second-guess my belief in the sanctity of marriage, as I've seen so many people enter marriages when they don't seem in love or ready for it.

I'm starting to second-guess my belief in the sanctity of marriage.

“Fuck, I've got to get engaged soon," is a quote directly said by a guy to a good girlfriend of mine... right after they hooked up. Why on earth would he get engaged when he so clearly doesn't want to?

It's a question I cannot and will never find an answer to.

And unless I find an answer, I don't want a ring.

“We'll see how long this one lasts," is a phrase all too commonly uttered at the wedding ceremonies of people in our generation. Why?

After speaking to a recently divorced guy, he told me he literally never loved his ex, but married her out of obligation and that it “was time."

I hear the “obligation” and “it was time” reasons for marriage used all the time. BUT WHY?

Why are people getting married when they're not in love?

Our generation is comprised of the children of divorce.

Most of us have had parents end their marriages, so perhaps none of us see marriage as this permanent, 30-year type deal like I do.

Maybe some people see marriage as something you can escape if you're willing to deal with the messy exit strategy that is a divorce. But for me, I only see it as a lifelong commitment that I will only enter if I'm sure I'll never need an exit strategy.

As a generation, we're accustomed to marriages failing. So we're totally OK with entering a marriage that, deep down, we know really won't work.

Our generation knows this. We know it well.

And yet, at every turn, I see Millennials rushing to get married because, despite the things we say about being forward-thinking individuals who don't adhere to societal norms, we can't bring ourselves to not follow the norm.

We can't bring ourselves to not follow the norm.

Marriage is case in point.

There's honestly no need to promise someone “forever” with no intention of keeping it.