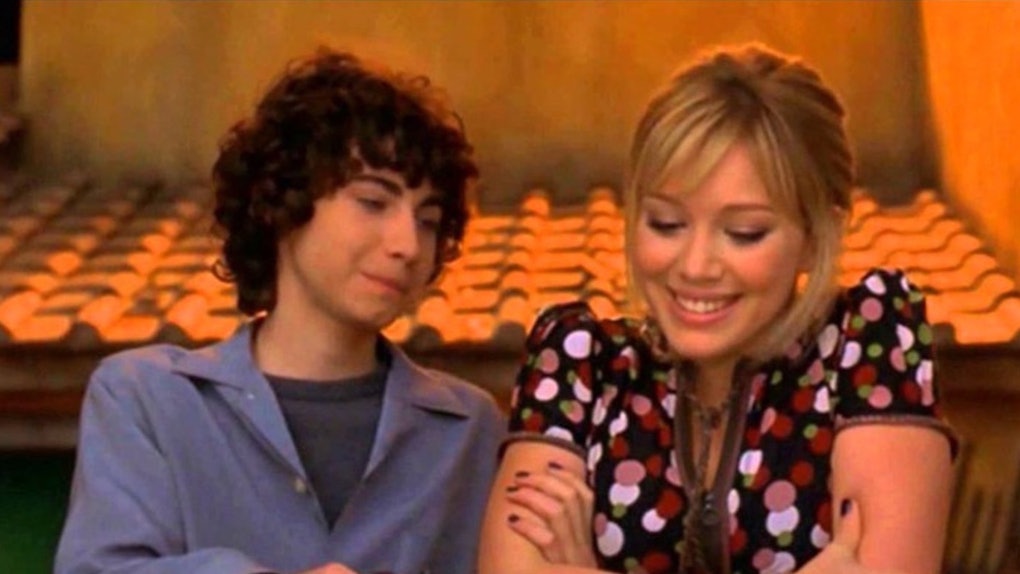 Gordo Is Officially In The 'Lizzie McGuire' Reboot & I'm Screaming

It just wouldn't be Lizzie McGuire without Gordo. Back in August, when Hilary Duff first announced her iconic teen series would be getting a revival on Disney+, fans immediatbely began wondering whether Lizzie's longtime bestie would be included in the new cast. Now, finally, after months of keeping fans guessing, Disney has announced Gordo is officially in the Lizzie McGuire reboot, and there's even a first look at grown-up Gordo hanging out with Lizzie as proof.

On Wednesday, Nov. 20, Disney revealed that Adam Lamberg will reprise his role of David "Gordo" Gordon in Disney+'s upcoming Lizzie McGuire revival series. The precocious middle schooler played a huge part in the original series; not only was he Lizzie's bestie, but he also had a major crush on her throughout the entire run of the early-2000s show. This all culminated in 2003's The Lizzie McGuire Movie, which ended with the two finally sharing a kiss, leaving preteens everywhere screaming forever.

Given all that, the biggest question Lamberg's casting raises is whether Gordo and Lizzie are still an item all these years later. Previous reports have revealed that Lizzie will have a fiancé in the reboot... but it's not clear if that fiancé is Gordo. Duff has also hinted that Lizzie may have "a thing" with her former crush Ethan Craft, so he could also be the one she's engaged to. Or, this mystery fiancé could be a new man who Lizzie met once she moved to New York, where she's living at the start of the revival.

Disney+ has not revealed any details about what Gordo will be up to in the revival series, which will center on a 30-year-old Lizzie, but the new streaming service did share a pic of Lizzie and Gordo together again.

Duff, who is executive producing the reboot along with starring in it, said she could not picture this revival without Lamberg reprising his role. "Gordo was an essential piece of the puzzle to what made the original Lizzie McGuire so authentic and beloved," she said in a press release. "I couldn't imagine the series without him. I can't wait for fans to see what he's up to 15 years later and how he fits into Lizzie's adult world."

Lamberg's casting marks the fifth confirmed cast member of the Lizzie McGuire reboot series. Of course, Duff was the first star revealed, and that was followed by confirmation that Hallie Todd, Robert Carradine, and Jake Thomas would return as Jo, Sam, and Matt McGuire, Lizzie's parents and younger brother.

The only major question mark remaining in terms of the cast is Lalaine, who played Lizzie and Gordo's other best friend Miranda in the original series. While Lalaine has not yet officially been announced as a cast member for the reboot, fans think a cryptic post on her Instagram showing a text from Lamberg could have been a hint that she will be a part of the new show.

For now, Lizzie McGuire fans can rejoice that Gordo will officially be in the reboot. The Disney+ series has yet to announce a premiere date, but it has already begun filming in New York, so hopefully fans will be able to stream it soon enough.

More like this
10 Unanswered 'Gossip Girl' Questions The Reboot Def Needs To Explain
By Rachel Varina
'Sex And The City' Reboot: Cast, Premiere Date, Trailer, & More News
By Dylan Kickham
Who Is Lady Bidlow On 'The Nevers'? She's Clearly Not Who She Seems
By Ani Bundel
Stay up to date