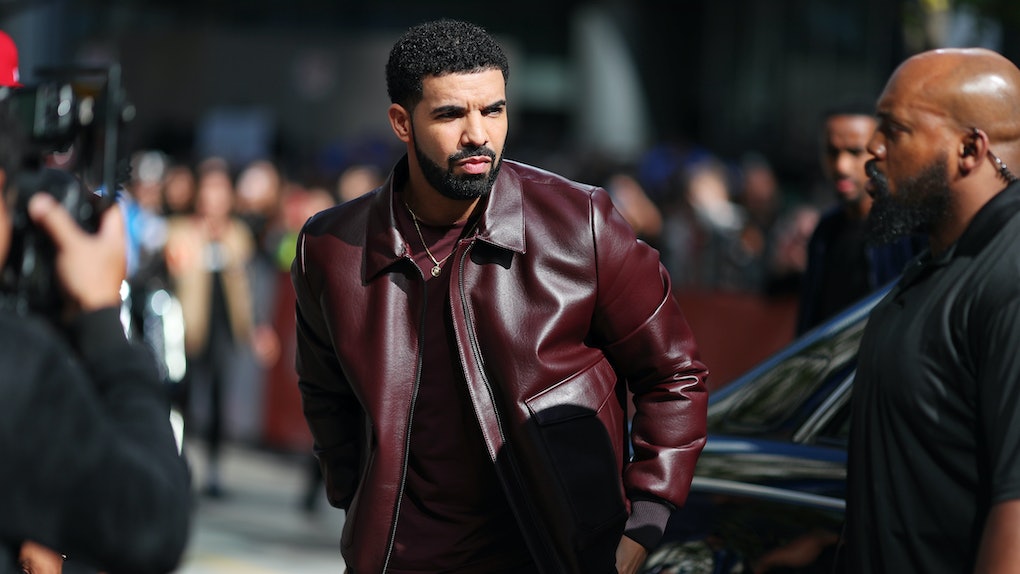 Drake's Zodiac Sign Reveals A Lot About His Love Life, & It's Pretty Steamy

Drake fans can already infer quite a bit about what he's like in a relationship based on his music. Everyone knows the rapper hates "Fake Love," and that when he's with you he'll think you're even more beautiful in "sweatpants, hair tied, chillin' with no makeup on." But Drake's zodiac sign (which is Scorpio, by the way) also says so much about who he is as a partner and a lover — revealing new things about him, and confirming what you probably already know, too.

The thing about Scorpios is that they're often intense and go from one extreme to another — and Drake is clearly no exception to this rule. He's pretty openly emotional (remember his Rihanna speech at the 2016 VMAs?), but also mysterious and private. (Will we ever really know what happened between him and J. Lo?) Sometimes he's the jealous type, but he's also not afraid of compromise. And while letting his guard down isn't easy for him, once he's there, falling in love is a cake walk. That's just the Scorpio way.

If you've ever wondered what it would be like to date Drake, here's your answer. One thing you can really be sure of? He'll never leave you hanging in the passion department.

He Can Be Mysterious And Distant (Even A Little Shady)

Scorpios are probably the last sign to open up to others, so getting to know someone like Drake might pose a bit of a challenge. They come off as dark and mysterious, and might even seem shady until they realize they can trust you. Then, it's all about intense love and emotion. Drake definitely isn't the type to commit right away, and might even leave you questioning where you stand in the beginning as he keeps you at a distance. But once he's in it, he's totally in it.

But When He Falls For Someone, He Falls Hard

That's the thing about Scorpios — if you're into one, you have to have patience and faith that they'll commit to you eventually, when it feels right for them. Drake may take his sweet time opening up to a new partner, but as a Scorpio, he's bound to fall in love really hard when he meets the right person. And when that happens, don't be surprised if he gets extra emotional.

Scorpios are pretty dominant and tend to have a propensity for jealousy, so it wouldn't be surprising if Drake came off as a little controlling or clingy at times. A Scorpio like Drake needs a partner who's patient and understanding of this, and who knows how to assuage his concerns. The good news is, Scorpios are also incredibly loyal, so with some strong communication, the jealousy thing will feel like a little blip in the relationship radar.

But He'll Also Take Care Of You

When a Scorpio loves you, they'll be your fiercest defender — nurturing you, protecting you, making sure you have everything you need to feel loved and supported right back. That means Drake's the kind of guy who will go to bat for you, compromise when necessary, give you his all, and never forget to check in with you about how you're feeling. Swoon!

Sure, Drake's music is pretty personal in a super public way (everyone is listening!), but his private life is just that — private, the way Scorpios prefer it. If you want a partner who's guaranteed not to kiss and tell, Drake's your guy. There's a reason we don't know any real details on his relationships and breakups, after all.

And Being With Him Is Oh-So-Passionate (Like, Seriously Steamy)

And now, for the juicy part. When it comes to intimacy, Scorpios are incredibly passionate and sexual. Sex with a Scorpio like Drake is likely exciting, not to mention he's sure to be the type to care just as much about your pleasure as his own. As a Scorpio, Drake's the kind of partner who will make sure things don't get boring in the bedroom.

If your crush on Drake is even stronger now, don't worry — you're definitely not alone. Happy fantasizing!