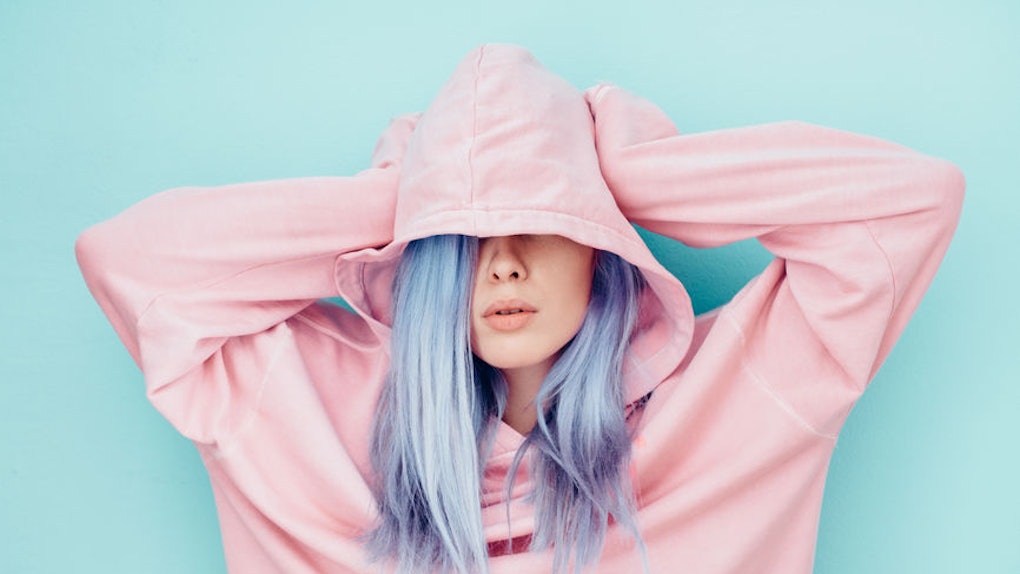 Do I Hate Being Single Or Am I Afraid Of Casual Dating?

Your besties are getting a tad tired of hearing you complain about your single status. And yet — you just deleted Tinder for the 18th time, and you'd rather hole up in your bedroom with Netflix than attempt to meet anyone at the local bar. So yeah, you’re kind of caught in a conundrum. Which leads you to the question: Do I hate being single or am I afraid of casual dating?

According to Susan Trombetti, matchmaker and CEO of Exclusive Matchmaking, it’s super common for people who bemoan singledom to secretly fear casual dating.

“It could be that they are always getting burned, rejected, or ghosted, and are just afraid of putting themselves out there again,” she tells Elite Daily. “The entire experience of dating around can be overwhelming.”

Pricilla Martinez, CEO of Regroop Online Life Coaching adds that it’s totally normal to despite being single, yet be unwilling to go through the taxing process of weeding through the dating pool. It’s no secret that dating is downright complicated these days. Between the countless apps at your disposal, you’re faced with a staggering number of options — and then you’re tasked with finding someone who’s not only compatible with you but also looking for the same kind of relationship. For some people, the idea of going out with multiple people at once is straight up stressful — especially if they’re fresh off a bad breakup.

“Dating after coming out of a serious relationship that left you feeling raw, vulnerable, and extremely emotional is especially difficult,” adds Martinez.

That’s why she advises against rushing into dating after an emotionally draining split just because you feel uncomfortable being single.

“Give yourself adequate time to heal and regain some confidence,” she says.

And if you’ve been burned in a previous dating situation, it’s worth exploring whether you hate being single but won’t do anything about it because you’re simply terrified of getting hurt.

“Some people can't take rejection, and some people just hate being out of their comfort zone,” says Trombetti.

If you feel stuck because you hate being single but you also hate the idea of dating around, Martinez advises developing a clear sense of what you're looking for.

“This helps to speed up the process of elimination,” she explains.

In other words, it’s time to ask yourself — are you open to the idea of dating around, or does that sound stressful to you? That will help you to determine whether you just hate being single, or you're actually terrified of casual dating. Then, it's time to ask yourself what your dating “must-haves," are. Once you’ve clearly defined what would make you feel fulfilled, you may feel less overwhelmed. If you're scared of casual dating because of a negative prior experience, you may consider whether you learned something from that situation that might allow you to set better boundaries or guidelines to protect your feelings in the future.

If you realize that you’re resistant to dating around because you simply prefer to be in a committed, monogamous relationship, however, remember that you have the power to make your needs known. Communicating to any potential bae that you’re looking for something serious early on is a great way to show yourself some respect, as well as to ensure that there aren’t any misunderstandings that lead to hurt feelings.

The bottom line is, if you hate being single, it’s time to do something about it. What you do about it will depend on why, exactly, you so detest riding solo. If you suspect that you actually despise your singledom because of some deep-rooted hatred of casual dating, that's seriously helpful information. Remember: You’re in the driver’s seat of your own dating life. So if casual dating isn’t your thing, that’s totally fine. Until you define for yourself exactly what it is you want (and don’t want), it’s going to be difficult to find it. But once you’ve figured out what’s holding you back, you can stop complaining about your single status to your besties and start doing something about it — undoubtedly, they'll thank you later.

More like this
5 Signs You're Burned Out From Dating & Could Use A Break
By Danielle Sinay
Clare Crawley's Tweet About Matt James Reportedly Dating Grace Amerling Is Shady
By Candice Jalili
Did Pete Davidson Confirm He's Dating Phoebe Dynevor? Here's Why Fans Think So
By Corinne Sullivan
Stay up to date