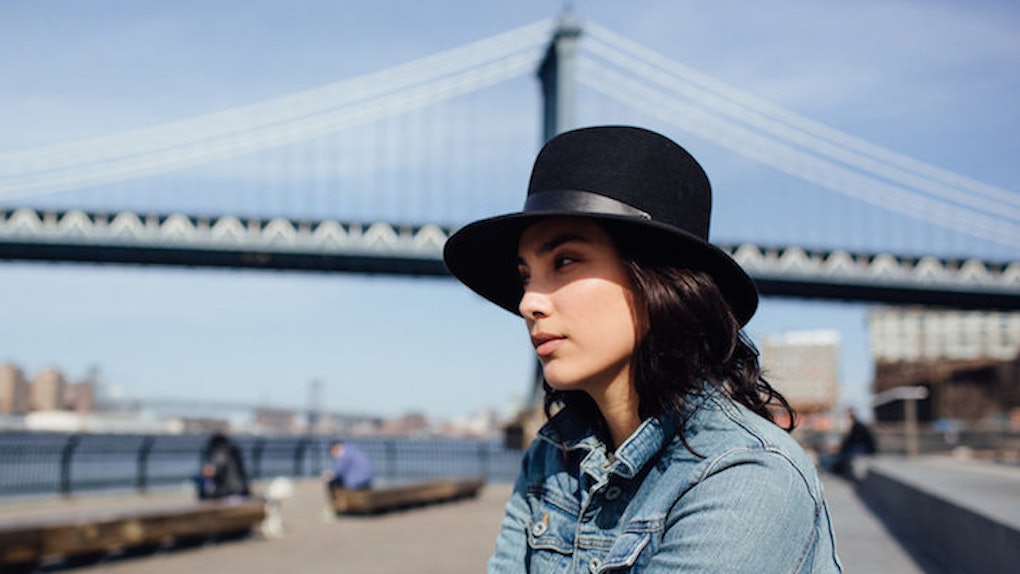 11 Reasons Why I'm Not Afraid Of Being Single, I'm Afraid Of Dating

We always say we humans are innately fearful of loneliness.

It’s the idea of not having someone that makes us settle. It’s the prospect of dying alone that keeps us tethered to something subpar.

The thing is I’m not afraid of being single; I’m afraid of dating.

The thing that makes breaking up so daunting is it must inevitably lead to going on dates, putting yourself out there and being vulnerable again.

Once you know what it’s like to get hurt, the last thing you want to do is put yourself in that situation again.

For me, I’d rather just be finished with the whole thing. I’d rather not have a relationship at all.

I’d rather not seek out a potential partner when I know there is the potential for getting my heart broken.

I’m sick of swiping right and wasting my precious time on people who bring no value to my life.

I’m tired of biting my nails before first dates and wondering if I’ll get a text back. I’m over trying to put myself out there when all I ever get in return are bruises and emotional scars.

It may sound bitter, but really, isn't it just logical not to want to deal? I know I’ll always be in love with myself, so can’t that just be enough to satiate me?

It’s not the being on my own that’s so scary; it’s the process of finding someone who doesn’t seem worth it.

I don’t feel like I’m missing out because I go to bed by myself. It isn’t the prospect of having no one to share my bed with that makes me nervous.

What I’m scared of is getting intimate with someone, and then coming to regret it afterwards.

It’s giving the power to someone who may not deserve it that is so unappealing.

2. I’m not afraid of eating alone; I’m afraid of wasting a meal with bad conversation.

I’m delightful company, and I would rather hold court with Ernest Hemingway than a Tinder date.

A random guy may spit a lot of game over text and yet be completely mundane over a dinner table.

If I have my notebook and a novel, I know my night will never be wasted.

3. I’m not afraid of not getting laid; I’m afraid of bad sex.

And I’m afraid of getting herpes, for that matter. I have plenty of orgasmic help in the robotics department; I don’t need a guy to satisfy my needs.

I don’t mind being celibate if it alleviates me of the possibility of an unremarkable (or even remarkably terrible) sexual experience.

4. I’m not afraid of having my bed to myself; I’m afraid of waking up to a stranger.

I’d rather keep the sacred space that is my bed untainted.

I’d rather spread out than spread my legs for someone who means nothing to me.

I don’t have the energy or time to find someone who’s willing to spend the night with me, and I certainly don’t have the patience for the awkward goodbyes come morning.

5. I’m not afraid of not getting a text; I’m afraid of staring at my phone, waiting for one.

When you don’t have dating on your mind, not getting a text means nothing to you.

When you just went out on a great date and are playing the whole coy, cat and mouse game, you spend countless hours starting at your phone, praying for a response.

It’s the pit in the bottom of my stomach that I have no interest in pursuing.

It’s not the whole riff raff about wasting money on a bad date that irks me; it’s my precious time that could be wasted.

My time is the most valuable thing I possess, and its supplies are limited.

I would rather spend it with people of substance than potentially drain it.

I don’t have it in me to be anything other than completely myself. I’m sarcastic, ridiculous and straightforward to the point where it is offputting.

I can’t be with someone who isn’t okay with taking me exactly as I am.

I’m more afraid of trying to find someone who gets to decide if he or she wants to.

8. I’m not afraid of being without a plus one; I’m afraid the next one might not be the one.

I’d prefer to go to parties and weddings alone rather than be questioned by every person I know, every time the man on my arm is someone new.

Will he stick? Is he the one? Is this finally it? I really don’t know, and I’d rather not discuss it or give my mother any more false hope.

9. I’m not afraid of losing my friendships; I’m afraid of compromising them for the wrong person.

I’m not the kind of woman who would ever abandon her friends for a man. After all, they’re the ones who will need to pick up the pieces should things fall apart.

Yet I don’t want to play compromise with my girlfriends for a guy who won’t last the time it takes to brunch.

I want to share my time only with someone who can be my best friend as well as my lover.

I’d rather be an ice queen than be susceptible to heartbreak. Anyone who has ever felt the pain of being brutally dumped will have no choice but to agree.

I know we all say we need to get back out in the game and never give up on love, but doesn’t that just seem like masochism?

Perhaps the most terrible thing that can come from dating is to end up in a relationship that makes you feel lonelier than you felt when you were single.

The greatest tragedy of all is to wind up paired off with someone who is anything but right for you.

I would rather live the rest of my life with only myself for companionship than end up in a relationship that makes me feel empty.

It’s not being single that is the sole proprietor of unhappiness.

It’s playing the game, getting knocked down, choosing wrong out of desperation and ending up with a life that is incomplete.