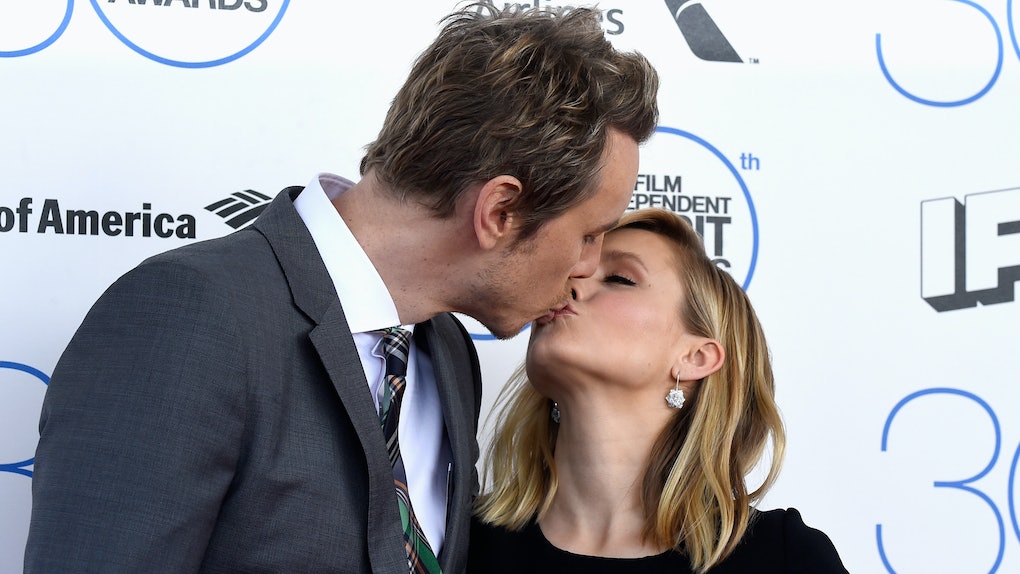 It'll likely come as news to no one that Dax Shepard and Kristen Bell are one of the most adored and respected couples in Hollywood. Surprisingly, much of the love and appreciation people have for this dynamic duo is based on the fact that they have been disarmingly transparent about the ups and downs of their relationship. We all know that committed relationships aren't easy, but hearing celebrities talk about their own struggles can be really powerful. TBH, knowing everything they've been through as a couple makes Dax Shepard's sweetest quotes about Kristen Bell, even sweeter.

Shepard and Bell met in 2007 at a birthday dinner for mutual friends, and admitted that they didn't immediately hit it off. The couple has been very open about their initial incompatibility on paper, and the constant effort and regular couples therapy it takes to keep their relationship thriving.

Fortunately, all of the effort seems to be totally worth it, because these two serve up some #relationshipgoals realness on the reg. Hearing Shepard gush about what an awesome bae he has is cute AF. Without further ado, here are some of the most honest and heartwarming things Shepard has said about Bell.

Shepard still can't believe a girl like Bell looked at him twice.

"If Brad Pitt gets Kristen Bell, it’s like, ‘Well, of course he did,’ ...With me, it should be, ‘Oh good, a normal-looking guy got her. Maybe I’ll get me a Kristen Bell.’ But guys hate my guts for always dating women I have no right to be with."

He respects her so much and prioritizes effective communication.

"I probably should have gone to jail at some points in time, but I didn't, somehow ... I have a whole system that works for me, and that's part of my worldview now. It's how I think of the world and how Kristen and I communicate. We don't let resentments fester. We just get it out and handle it and keep going."

— Shepard, in an interview with Vulture

Neither of them are perfect, but Shepard appreciates Bell for who she is.

"She is really, really, a kind, thoughtful, generous person. And she, like everyone else, has all kinds of character defects, but at her core, her intentions are generally pretty solid. And that’s a great thing to know about your partner, because in the heat of battle, you can go ‘Wait a minute, I know this person. This person’s really kind and they are thoughtful and so something’s happening here other than that she has a flawed character.'

What’s allowed me to be vulnerable with her is the trust, that she is a good person, and I know that, and so I can trust this person with my feelings or fears or concerns.”

Shepard also believes Bell's positivity has changed him for the better.

"We have such different backgrounds, it's comical. Until I was 32, I thought the world was just wolves, that there was no way anyone was acting with any kind of benevolence. When I met her and her friends, I was suspicious of their unbridled happiness. I thought, 'Something stinks here; they're in a cult.' But slowly I began to see her positive way of looking at the world. She gives people the benefit of the doubt."

— Shepard in an interview with Good Housekeeping

Welp, it's pretty obvious that these two were made for each other. The way they speak about one another makes the intensity of their love and unwavering commitment to one another so clear. (Protect them at all costs.)