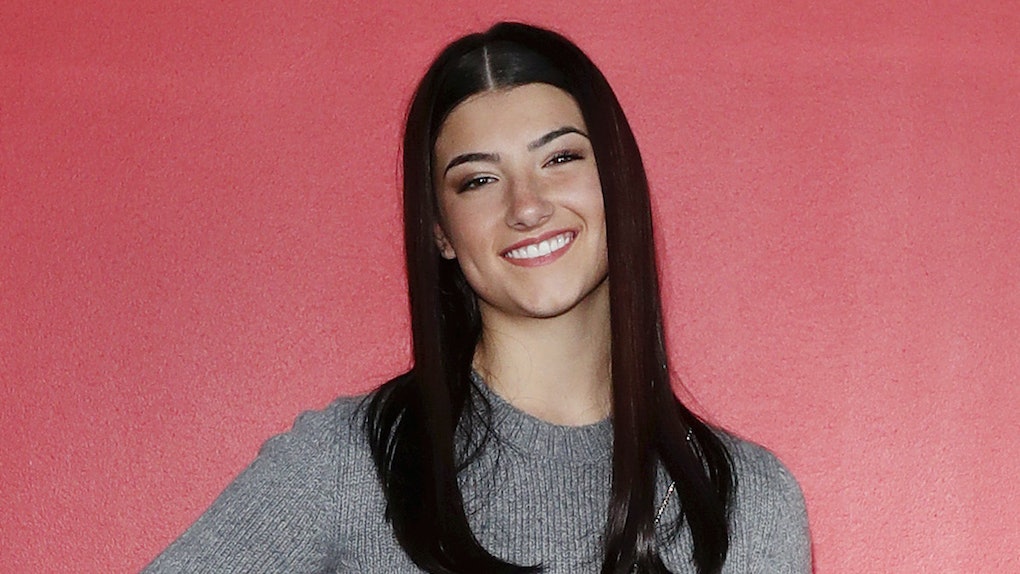 James Charles and Charli D'Amelio got real while doing a beauty video for Charles' YouTube channel. While Charles gave the dancing superstar a glam makeup look, D'Amelio revealed a lot about her life since gaining internet fame. You honestly won't believe Charli D'Amelio's quotes about TikTok fame in Jame Charles' video, because they're so wild.

D'Amelio is only 15 years old, but she experienced a swift rise to fame when she began posting dance videos on TikTok. Despite this being her first video collaboration with Charles, the pair revealed that they've been hanging out for weeks. The conversation in the video covers a ton of ground, touching on topics like YouTube, TikTok, fame, and more, but it was D'Amelio's comments about the negative side of TikTok fame that were so raw.

Charles first asked D’Amelio what it's been like for her to go from virtually no followers to one of the biggest influencers on TikTok in less than a year. D’Amelio’s response was so honest, saying, “It's weird seeing how things change." She continued, "Some people will try to go live and try to talk bad about me and make me look like a person that I'm not, in a bad way." Unfortunately, it seems the 15-year-old is no stranger to seeing the people in her life change following her rise to stardom.

"That's just weird seeing how people switch up. Or people say like, you cut me off, you stopped talking to me, and I'm like, 'We haven't been friends in like four years.'" Apparently, people who aren’t close to her have also pretended to be part of her inner circle. Despite this negativity, D’Amelio does see the positives. “I know who I can trust. I have my best friend Jenna back home, who — nothing's changed from this,” she said.

D’Amelio revealed she's had privacy issues since she went from zero followers to 36 million followers on TikTok in about six months. "People post things and then like everyone comes to wherever I am," she admitted.

"Sometimes that'll get on my nerves," she began. "Like I was at my cousin's wedding, there was a group of four girls who got ready and pretended that they were cousins with my cousin." She says she even went as far as introducing the girls to him, and her cousin responded, "Hi guys. Who are you? Nice to meet you," before telling D'Amelio that he didn't know them.

Sometimes, D’Amelio said, it’s parents who are the worst. Saying that they're "straight up rude," she tells a story of a woman who refused to let her eat dinner with her friends in peace. "She called me out specifically," she began. "I had a really, really just horrible day." The woman wouldn't even listen to her friend's mom, and apparently had said, "She's not gonna die if she doesn't eat right now, is she?" The ordeal escalated, leading to D'Amelio in tears and the woman unapologetically saying she would unfollow her. “I was so hungry, I hadn't eaten all day."

The biggest change in D’Amelio’s life, she said, has been "the day-to-day stuff." Now she feels like she can't go out in public without taking time with her appearance. When she doesn't feel confident, she said it makes her look uncomfortable in any photos people take.

Nonetheless, D'Amelio seems grateful for her internet fame. “I’m getting to experience things I wouldn't have been able to do if I didn't have this opportunity," she said. The star gushed about getting to meet influencers she's "been watching for years." Watch the full video with Charles for a fun makeup transmformation and more tea.