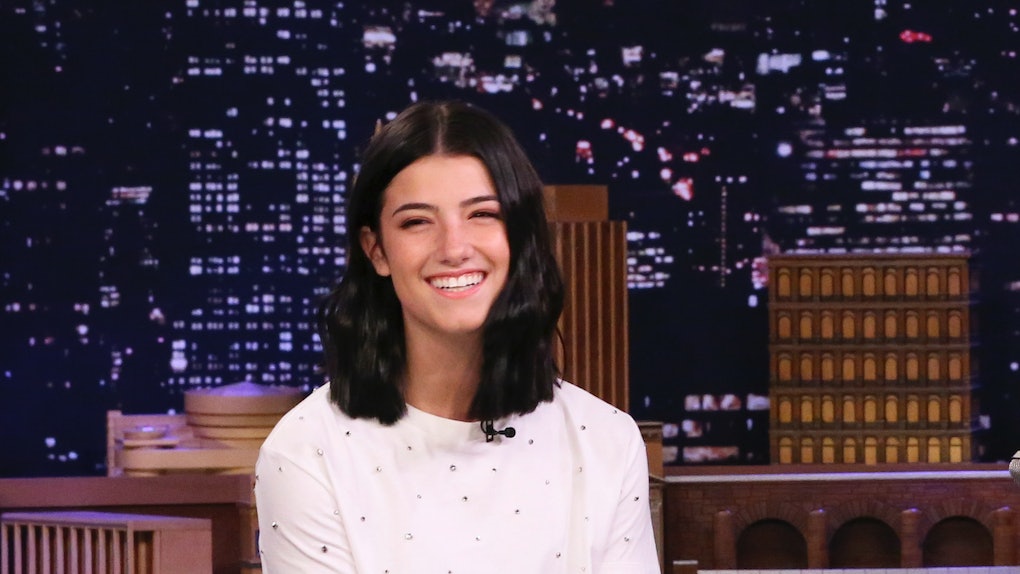 Who Is Charli D'Amelio? The TikTok Star Is Taking Over

TikTok is responsible for launching new internet celebrities on a daily basis. So even if you’re not on the video-sharing app, you probably know who Charli D'Amelio is by now. At the time of publication, D’Amelio has 49.1 million followers on TikTok. And even more incredible than her sheer follower count, is how quickly she built her fanbase. Only six months after joining the app, the 15-year-old amassed 5 million followers, a feat that’s difficult for even the most A-list celebrities.

There are different methods TikTokers use to go viral, some users gain traction by uploading their own comedy sketches, others get serious clout from lip-syncing to voice clips or songs, and some perform TikTok’s many dance trends. D'Amelio is one of the latter. One of her first viral videos was a duet with the account @move_with_joy. By simply following Joy’s basic choreography breakdown video, D'Amelio drew in millions of views.

In a Nov. 20 interview with MEL magazine, D'Amelio admitted she's not sure how or why she went viral, but the TikTok algorithm seems to like her.

"I wish I could give everyone an explanation as to what happened, but I have no idea...," she explained. "I’m just doing what I do every day and posting it, I guess. It’s very insane to me, as it is for everyone else watching."

When she's not TikTok-ing, D'Amelio is a competitive dancer, having started at just 3 years old. While she knows TikTok dancing isn't the type of choreography you'd typically see on a professional stage, she hopes TikTok will open the doors to a future career in dance.

"So many people can see my content and see that I dance and maybe it'll draw them to my Instagram where I have longer clips of me and dance classes or improv," D'Amelio told NBC News in a Nov. 28 interview. "TikTok is definitely a great place to show people that dancing is something that I do, and it's very fun for me."

D'Amelio's popularity on TikTok seems to be working for her dance career. She was contacted by Bebe Rexha on Instagram and invited to dance with the "Say My Name" singer when she opened up for the Jonas Brothers at Brooklyn's Barclays Center on Nov. 23.

Back in November, D'Amelio told MEL her dream is to be a dancer like Jennifer Lopez. That dream became pretty close to a reality when D’Amelio joined Lopez’s dance rehearsal for the 2020 Super Bowl halftime show.

D’Amelio’s rapid rising fame isn’t going to stay confined to TikTok for much longer. In an April interview with Entertainment Tonight, D’Amelio teased the possibility of a reality series with her family. "I mean, definitely something that would be super fun," she said. "For people to kind of see what goes on when we're not just posting TikToks. I feel like no one really gets to see, but, people are always talking about how they think our family dynamic is pretty cool." The potential series would feature D’Amelio’s parents, Marc and Heidi, and her older sister, Dixie, who has 20.6 million followers on her own TikTok. While there’s been no official confirmation of a series, fans can certainly expect to see a lot more of D’Amelio.

This article was originally published on Dec. 3, 2019

More like this
Lizzo's TikTok About DMing Chris Evans On Instagram Is Truly Hilarious
By Abby Monteil
How To Do Olivia Rodrigo's "Deja Vu" Challenge On TikTok Like Charli & Addison
By Rachel Chapman
These Tweets About Jimmy Fallon's TikTok Dance Follow-Up Segment All Say It's Too Little, Too Late
By Brandy Robidoux
Stay up to date