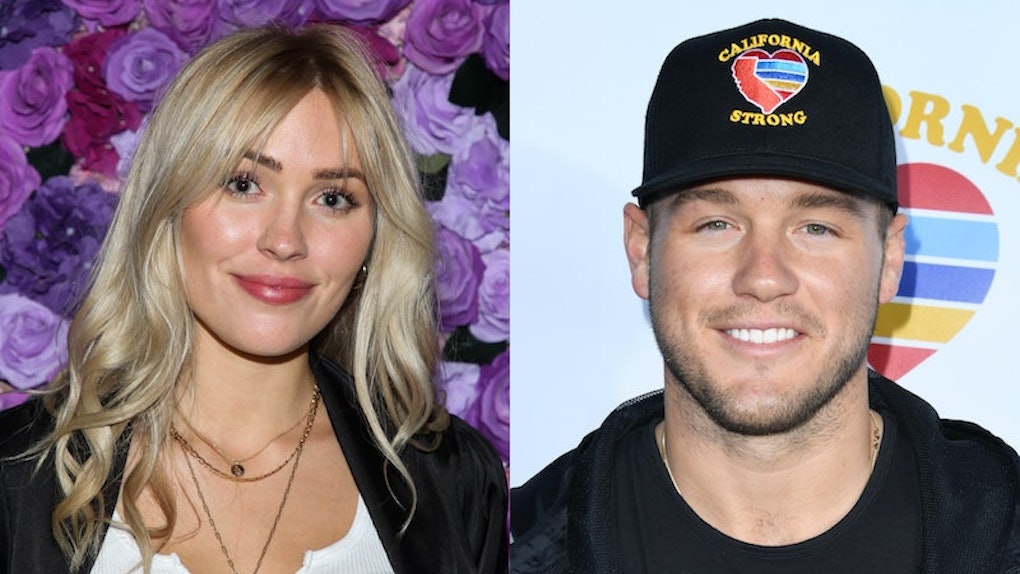 In her first YouTube video since her ex’s Good Morning America interview on April 14, Cassie Randolph addressed Colton Underwood’s coming out with a quick, sweet statement. “I just want to say thank you so much for all the kind comments and messages from you guys,” she said, before diving into a sneak peek of her new home in Orange County, California. “Regarding the topic in the media that brought my name up this week, I just wanted to let you know that I’m not going to be further discussing it and commenting on it for now. There’s a lot of layers to it, and I just think the best thing for me at this time is to move forward, and just focus on going forward.”

Randolph ended her message with a promise to tell her YouTube subscribers first if she ever decides to discuss Underwood again in the future. “But for now, I just wanted to say thank you for all the kind messages and comments and DMs,” she said. “I feel very loved and supported.”

Underwood and Randolph first met on his 2019 season of The Bachelor — he infamously jumped a fence out of frustration when she self-eliminated, and then asked for a second chance. She agreed, and the couple dated for a year and a half before announcing their breakup in May 2020. Then, in September 2020, Randolph filed a restraining order against Underwood, alleging that he’d been “stalking” and “harassing” her since their split.

According to court documents obtained by E! News, Underwood “sent her unsettling text messages, repeatedly called her, and placed a tracking device on her vehicle to track her whereabouts.” He reportedly “used alias phone numbers to anonymously send harassing text messages at all hours of the day” to Randolph, and also reportedly admitted to going on “multiple walks a day” to Randolph’s apartment. The restraining order was dropped in November 2020.

At the time, Underwood told Us Weekly that he was able to “reach a private agreement” with Randolph. He has yet to publicly address the stalking and harassment allegations, but alluded to his “bad choices” in his interview with GMA. “I would just say that I'm sorry from the bottom of my heart,” Underwood said, when asked what he’d tell Randolph today. “I'm sorry for the pain and emotional stress I caused. I wish it wouldn't have happened the way it did. I wish I would've been courageous enough to fix myself before I broke anybody else.”

It was during this same interview that Underwood opened up about his sexuality for the first time. “I literally remember praying to God the morning I found out that I was the Bachelor and thanking Him for making me straight,” he recalled. “I've known that I've been different since the age of 6, and I couldn't process it, and I couldn't put my finger on it until high school, when I knew I was gay.”

In a snippet from the same interview, which aired a day later on Nightline, Underwood reiterated that he “made mistakes” at the end of his relationship with Randolph, and “ruined the good memories we had by my actions and what I did to hold on to being straight.” He added that he doesn’t know if he’ll ever get the chance to sit down and speak with her, but he would like to.

While many members of Bachelor Nation celebrated Underwood’s coming out on social media, others have reiterated the importance of supporting Randolph. “I think it’s important that people remember that she was very hurt in all of this… I’m very proud of Colton for coming out with his sexuality, but it does not take away from the accountability that we still hold him for how he treated Cassie and what happened with her,” Demi Burnett, a former contestant on Underwood’s season and the first openly LGBTQ+ member of Bachelor Nation, told Extra TV in an April 15 interview. “I know she’s probably going through so much with all of this right now. I really feel for her, and I don’t want anyone to forget about her in this situation.”

If you or someone you know is experiencing domestic abuse, call 911 or the National Domestic Violence Hotline at 1 (800) 799-SAFE (7233) or visit thehotline.org.