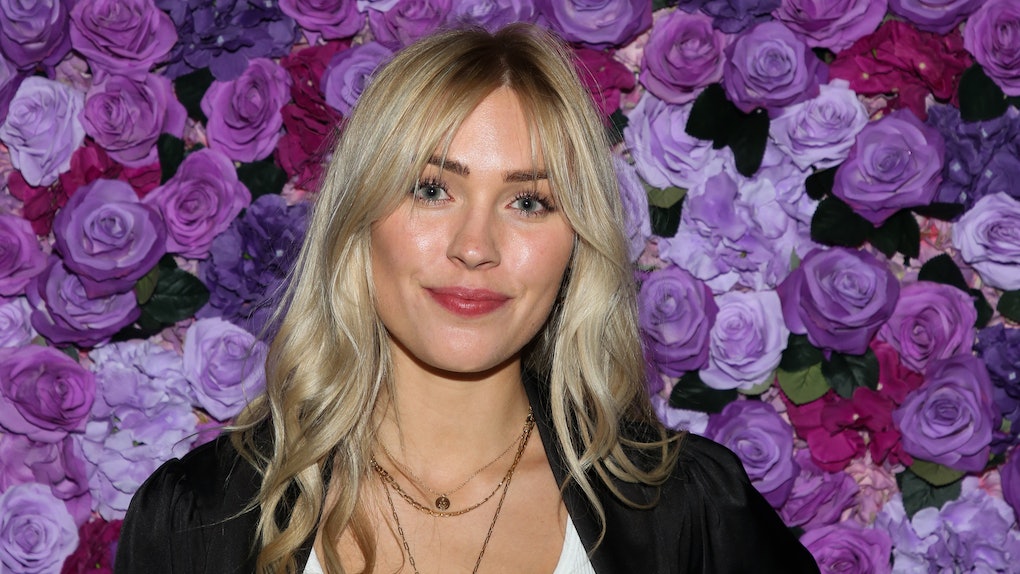 This Bachelor star is beginning to move on. Cassie Randolph's first Instagram since reportedly filing a restraining order is beautifully uplifting. "Be like the moon and inspire people even when you’re far from full," she wrote on Sept. 21 alongside a picture of herself smiling under the moon-lit sky. Her fellow Bachelor Nation alumni flooded the comments section with heartwarming messages of support.

Lauren Zima, who reports on the franchise for Entertainment Tonight and is host Chris Harrison's girlfriend, wrote, "This is beautiful and so are you." Desiree Siegfriend, the star of The Bachelorette Season 9, added, "You’re beautiful! 👌🏻✨." These women have her back!

News broke on Sept. 14 that Randolph had reportedly been granted a restraining order against ex Colton Underwood, which would bar Underwood from coming within 100 yards of Randolph, her home, her car, and her place of work. Per court documents reportedly obtained by Us Weekly, the reported restraining order also would apparently restrict him from having “contact, either directly or indirectly, in any way” with her. (Elite Daily reached out to reps for both Underwood and Randolph about the reported temporary restraining order, and while his reps declined to comment, hers did not respond in time for publication.)

Per court documents reportedly obtained by E! News, the restraining order was apparently requested by Randolph on Sept. 11 because Underwood was allegedly "stalking and harassing" her, with incidents reportedly beginning in June and most recently taking place in August. According to the reported court documents, Underwood has allegedly "sent her unsettling text messages, repeatedly called her, and placed a tracking device on her vehicle.” (Elite Daily reached out to both stars' reps for comment on each of these allegations, but did not hear back in time for publication.)

Underwood and Randolph first publicly announced their split on Instagram on May 29.