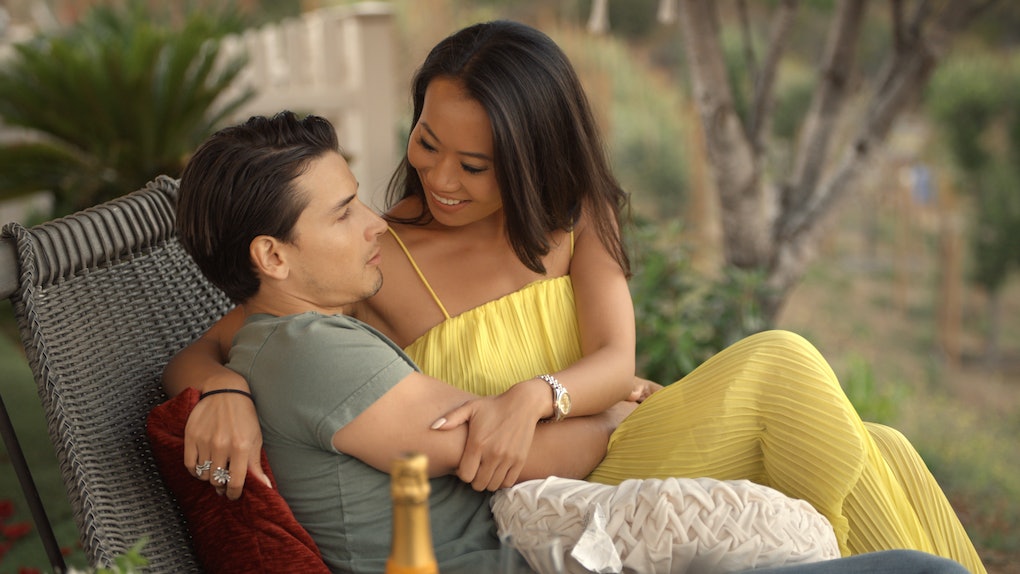 There were plenty of shippable couples introduced in Season 1 of Netflix's Bling Empire — I mean, how cute are Cherie Chan and Jessey Lee? — but IMO, Kelly Mi Li and Andrew Gray were not one of those couples. The show's first season followed the duo's ups and downs, and in the end, the two decided to stick together (much to the disappointment of Anna Shay, Kevin Kreider, and many devoted fans). However, Kelly Mi Li and Andrew Gray broke up at long last, and she took to Instagram on March 9 to share the news.

Alongside a selfie of herself and Gray at the beach, Li wrote, "Over the past 5 and half years, Andrew and I have shared some incredible times together. I have a tremendous amount of respect and love for him and will always cherish the memories we made. However, we have made the difficult decision to officially separate at this point in our lives." She added that she and Gray are both grateful for their time together but plan to work on themselves moving forward. Gray shared a matching Instagram post on his own grid that same day, so it seems the two are at least on the same page.

Li and Gray's relationship became a hot topic among fans during the very first episode of the series, when the couple had an explosive fight in Paris while celebrating Li's birthday. At the time, Li's friend Anna Shay expressed concern, saying the relationship didn't seem healthy, and Li admitted this wasn't the first time Gray had behaved that way. After going to couples' therapy, the two decided to separate, and Li went on a date with the (very persistent) Kevin Kreider. However, by the final episode of Season 1, it was clear Li and Gray were going to get back together.

During a January 2021 interview with Entertainment Tonight, Li revealed she and Gray reconciled in June 2020 after a six-month break. "We're working things out," Li said. "We're probably in a better place than we've ever been in our relationship. Throughout our six years of ups and downs, I think we're in the best place we've ever been, just understanding each other better. Continue to go to therapy, continue to work things out, 'cause at the end of the day, we know that true love is hard to find, and the love we have for each other is unconditional." But apparently, they eventually concluded they're better off on their own.

Here's hoping these two made the best decision for themselves and their relationship (and here's hoping Netflix will eventually announce Bling Empire Season 2).