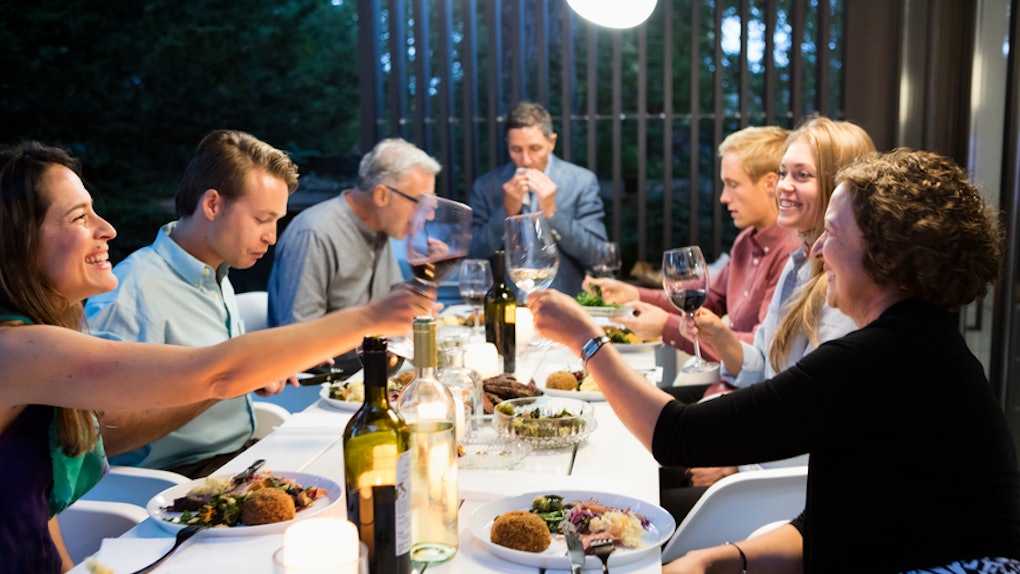 The political climate in 2017 has become quite tumultuous in its nature, to say the least. If your family tends to fall all over the place when it comes to political viewpoints, then Thanksgiving (especially this year) can be somewhat of a minefield. To make sure that that holiday is more about giving thanks and doing good, here are some tips to make sure that you can avoid awkward Thanksgiving political arguments with your family.

A lot has happened since Thanksgiving 2016. At that time, Donald Trump had only just been elected president. So, we still had President Barack Obama and far-fetched dreams about the Electoral College functioning the way the founding fathers had intended: to prevent unfit individuals from occupying the office of the presidency. This year is different. We're not even a full year into the Trump presidency, but a lot that has happened.

Given President Trump's affinity for the tweet, there seems to be some new bombshell to talk about every day. It's not just Trump who is stirring the pot, though. Partisan politics are more divisive than ever (see: gun control and women's reproductive rights), and discussions can quickly turn into screaming matches — leaving no room to actually bridge the partisan divide.

Thanksgiving is supposed to be a time that you spend with family and friends whom you might not see much during the year. The holiday is meant to renew your appreciation for the good things and people in your life, and if you're looking to maintain that thankful mindset, then unruly political debates shouldn't be on the menu.

1. Know what you're talking about.

If you feel the need to share your viewpoint, make sure that you have facts to back it up. The Thanksgiving table isn't really the best place for political debates, but if someone brings up a topic about which you're passionate, feel free to respond — if you'd regret not saying something.

For example, if stricter gun laws are really important to you, and you're not comfortable with the conversation surrounding it at the dinner table, say something. Just remember that your best bet of getting your point across is to comment in a respectful, concise, and informed manner (no alternative facts).

Etiquette expert Lizzie Post, great-great-granddaughter of Emily Post and co-president of the Emily Post Institute, spoke to WKYC, regarding intentions. She said, "If your goal is to — and we've learned some people's goal is to do just this — make people frustrated and to rile them up, I say, leave it. Don't be that person."

2. If you're going to talk about it, be prepared to agree to disagree.

Sometimes people are not open to hearing differing opinions, and rather than turning this family-centric holiday into a verbal beatdown, it's best to put the conversation to bed even if there's not a happy resolution.

Post spoke to Washington's Top News and suggested saying, "Why are you concerned about getting me to agree,” or saying “I’d be happy to talk about this another day with you.”

It's important to remember that you have control over what you say and how you say it; don't lose your cool when things aren't going your way. You're not sitting at the kids' table anymore, so a temper tantrum is not really going to be a good look.

3. Have other topics ready to diffuse situations.

Sometimes political discussions can just get way too out of hand. Make sure that you have something to fall back on if things get too heated.

By turning the conversation to more personal topics and encouraging discussion, you can be sure not offend any of the guests while also maintaining a positive atmosphere at the table.

For instance, the photo shoot your cousin just posted of her baby is a great way to divert the conversation to something less controversial. Everyone loves babies, and the high-tempered debates will be forgotten once the adorable baby pictures are being passed around.

4. If you can't talk things through without arguing, then just avoid the political conversation altogether.

Remember, this is a family gathering (not a presidential debate). Larry Sabato Jr., the director of the University of Virginia's Center for Politics, told WKYC:

The nation is deeply polarized and dug in, especially about Trump, and no one is going to change their mind because of an argument at the dinner table.

If there is a family member with whom you'd like to have a thoughtful discussion on politics, set aside another time to do it.

Post recommends saying something like, "I know people don't love talking politics at the holidays, but it's been really fascinating. Would you be willing to get into it?"

At the end of the day, Thanksgiving is supposed to be a relaxing day spent enjoying time with your loved ones. To play it safe, you should probably keep the turkey day debates to whether pumpkin or pecan pie should reign supreme.