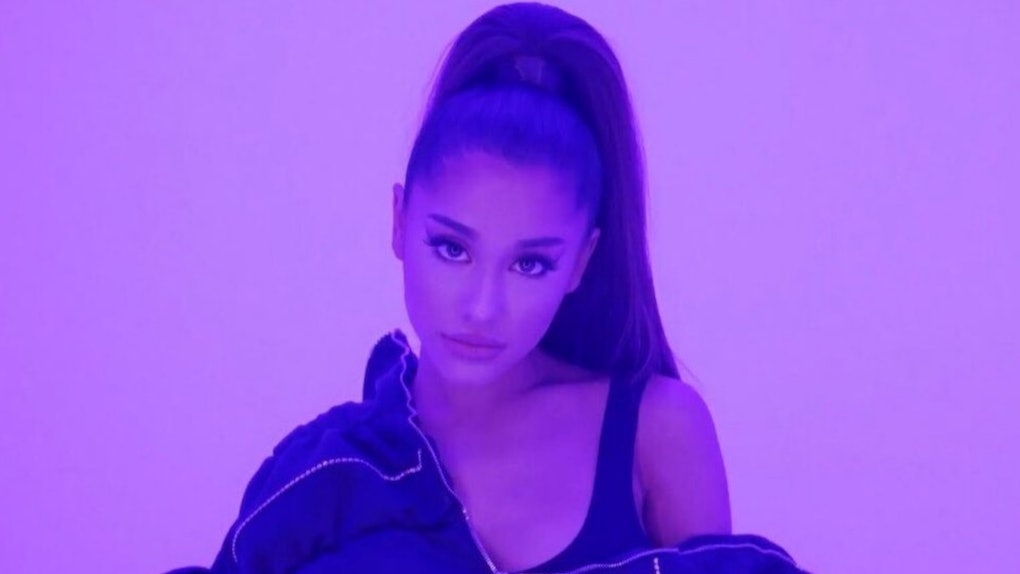 Ariana Grande's "In My Head" Music Video Is So, So Trippy

It's been months since Ariana Grande released her Thank U, Next album, along with the music videos for "7 Rings," "Break Up With Your Girlfriend, I'm Bored," and of course, "Thank U, Next," but that doesn't mean Grande is ready to move on from her album just yet. And honestly, who is? That album is just too damn good and I'm probably never going to get over it. Fans would be happy to hear that Ariana Grande has just released yet another music video from Thank U, Next, and it's for — wait for it — "In My Head." Ariana Grande's "In My Head" music video is so different from her other videos, but it will totally blow you away just the same.

So unlike Grande's other MVs, which are all posted on her own YouTube channel, the video for "In My Head" is actually posted on Vogue's YouTube channel. Yeah, I know, you're probably confused, but let me explain why. On Tuesday, July 9, Vogue debuted its August issue and you can probably guess who its new cover girl is — yup, Ariana Grande. Let me tell you, she looks absolutely beautiful. Take a look below.

In addition to the cover, Vogue also published a story about Ariana Grande in which the star opened up about her personal life. She talked about dealing with the loss of her ex-boyfriend Mac Miller, getting engaged to comedian Pete Davidson, and using social media to express her innermost feelings to fans. Since the interview really dived deep into Grande's thoughts about all she's gone through the past few years, maybe that's why together with Vogue, Grande decided to release the music video for "In My Head." I mean, it makes sense, right? The song is about questioning yourself and a relationship after a breakup.

Unlike Grande's other music videos from Thank U, Next, which have been really over-the-top to say the least (like her Mean Girls-inspired "Thank U, Next" MV or that champagne fountain in "7 Rings"), the video for "In My Head" is pretty minimal, but that doesn't mean it's boring. C'mon, it's Ariana Grande! The video might not have super-expensive props, but it does have a ton of trippy visuals that will seriously make you question everything.

Some of the visuals are actually kind of creepy. Like, have you ever imagined Ariana Grande's signature ponytail having a mind of its own? Or what about Gucci tennis shoes walking all by themselves? Yeah, that happens. But maybe the whole point of the video is not to understand it all, since it's about, y'know, what goes on in people's minds, which can be filled with a lot of random sh*t, amirite? Whatever the message of the video is, Arianators are loving it on Twitter, and I'm sure you'll love it, too.

Watch the video below.

See what I mean? Trippy, right? Now you can add "In My Head" to the list of AG videos that are super amazing which, honestly, includes all of Grande's videos.