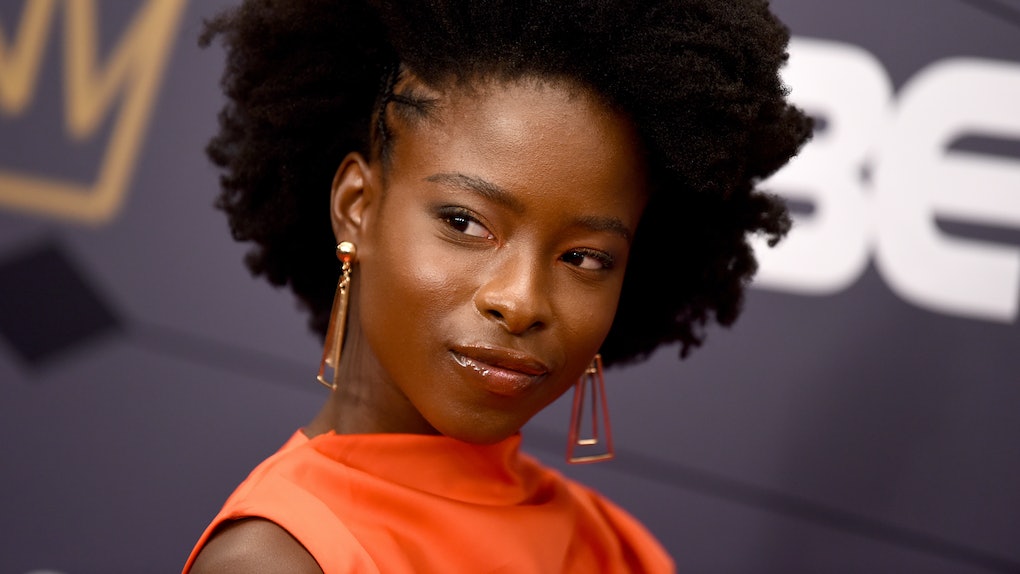 Amanda Gorman is once again using her voice to speak out against injustice, but this time it's not in poetic form. The young poet who captivated viewers at the presidential inauguration experienced disheartening racism on a recent walk home. It's clear that Amanda Gorman's tweets about a security guard profiling her shine a light on the Black experience in America.

Gorman described an experience that left her furious on Friday, March 5. "A security guard tailed me on my walk home tonight," she wrote on Twitter. "He demanded if I lived there because 'you look suspicious.' I showed my keys & buzzed myself into my building. He left, no apology," Gorman continued. She concluded her tweet, writing, "This is the reality of black girls: One day you’re called an icon, the next day, a threat."

She tweeted about the racial profiling incident a second time, writing, "In a sense, he was right. I AM A THREAT: a threat to injustice, to inequality, to ignorance. Anyone who speaks the truth and walks with hope is an obvious and fatal danger to the powers that be."

Gorman's first tweet shared a Feb. 14 post, which featured her thoughts on a Washington Post article about her by Nneka McGuire. The tweet reads, "Wow, a fantastic @washingtonpost piece by @nnekamcguire . We live in a contradictory society that can celebrate a black girl poet & also pepper spray a 9 yr old. Yes see me, but also see all other black girls who've been made invisible. I can not, will not, rise alone."

She also shared a screenshot of her tweet on Instagram. Gorman's stylist Jason Bolden commented on the post, writing, "Everyday Just Being Black..... will it ever change?" The poet replied, "everyday just being that black iconic threat."

Other notable figures commented on her Instagram post to share support. "Keep being the constant light you are," wrote Lily Collins. AnnaSophia Robb also joined in, commenting, "Who is this mf?! I wanna track him dowwwwwn!"

It's unclear who this security guard was, and as of publication, he has not issued a statement about the incident.

Gorman is no stranger to fighting systemic racism, and this isn't the first time she's pointed out racial disparities in the United States. At the presidential inauguration on Jan. 20, her poem, "The Hills We Climb," shot her into the public eye and inspired viewers with its electrifying words. The poem's theme was all about working toward an equal country. It also touched on the Jan. 6 attack on the U.S. Capitol.

But before she was a household name, she was already making a big name for herself as the first National Youth Poet Laureate in 2017.

After her jaw-dropping performance at the inauguration, she delivered an inspiring poem at the 2021 Super Bowl and signed a modeling contract with IMG Models. Gorman is now one of the stand-out U.S. activists with over one million followers on her social media pages.

Unfortunately, even Gorman experiences racial profiling, and her decision to bring it to attention shows how determined she is to use her voice for good.