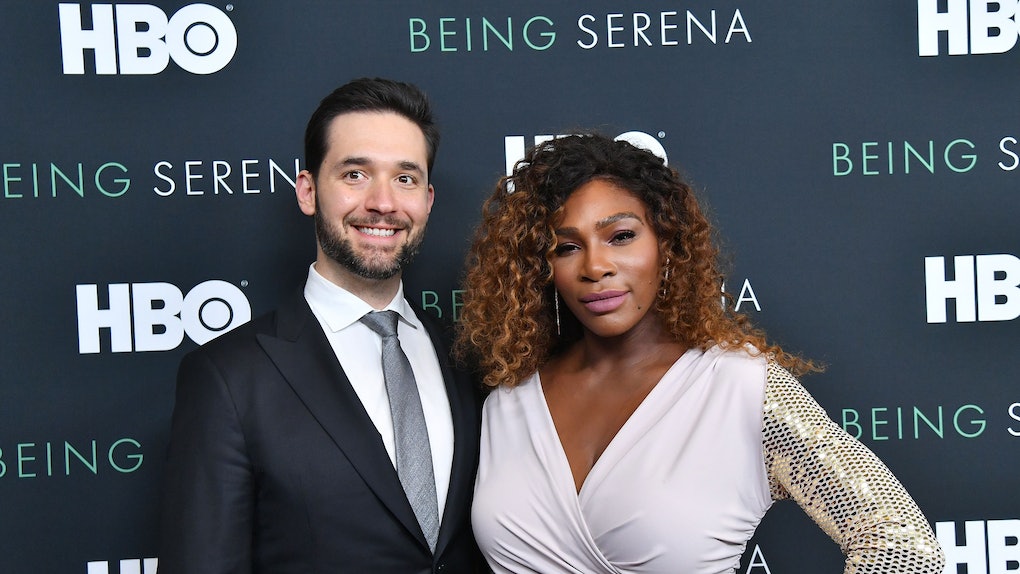 Alexis Ohanian recently tweeted about the 2020 presidential election, but it came out sounding more like a thirst tweet for his wife. On Friday, Nov. 6, Alexis Ohanian's election tweet about Serena Williams had such a sly double meaning, and fans didn't let the notice slip. Whether Ohanian meant to originally post a thirsty tweet or not is up for debate, but his post came out looking flirty AF.

As the country waited on results from several key states in the 2020 election such as Georgia and Nevada, Ohanian posted a political tweet that was ~meant~ to refer to one of the states' roles in bringing Democratic presidential candidate Joe Biden to the 270 electoral vote mark. His post didn't feature a statement, but only two emojis — a peach and side-glancing eyes. While he likely shared the tweet in response to the surprising blue wave in Georgia, which was originally trending towards President Trump before mail-in votes were counted from heavily-Democratic areas, fans were quick to note that it could have a different meaning based on a peach emoji's other widely-accepted meaning: a bootylicious backside.

Given the lack of context, so many of the Reddit founder's followers thought he was referring to his wife, tennis superstar Serena Williams, that he had to head back to Twitter to correct them. However, he also took advantage of the moment to get flirty with a not-to-subtle shoutout to his wife's peachy assets.

"I'm talking about Georgia, but y'all ain't wrong," he clarified.

It's not the first time Ohanian has opened up about the things he loves about his wife. In a 2018 interview with The New York Times, he praised her work ethic, saying, "I’ve had this front-row seat over the last three years to greatness."

He added, "It’s a humbling experience seeing really what high-pressure situations actually look like professionally, seeing just what it takes to actually be that great. It is a work ethic on another level."

Leave it to Ohanian to find a way to sneak in a flirty compliment to his wife while celebrating the results of the presidential election and Georgia's role in propelling president-elect Joe Biden to victory.