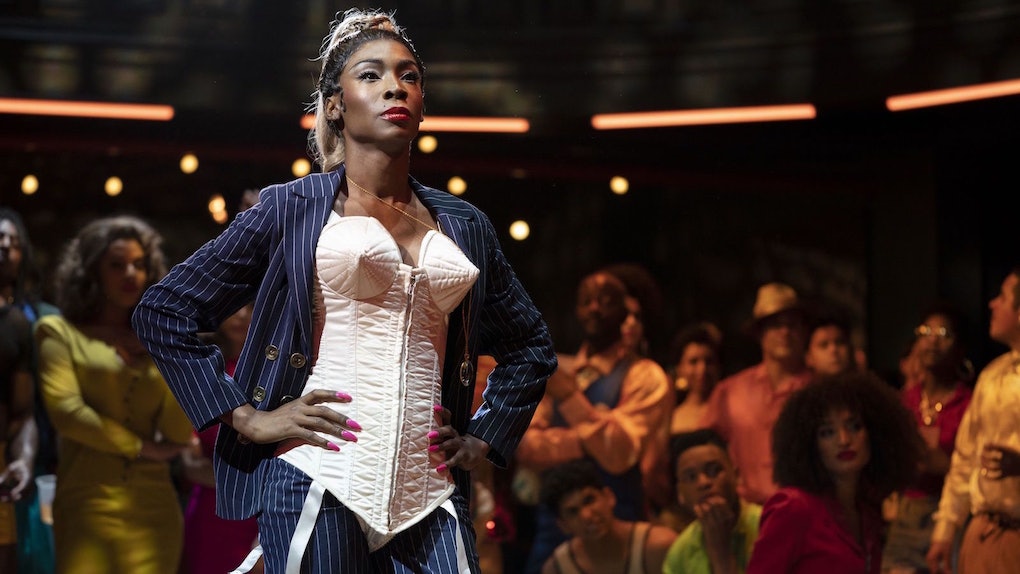 This upcoming season of American Horror Story has been particularly mysterious about revealing its central cast, but Ryan Murphy has finally revealed the third confirmed cast member starring in the ninth season of his horror anthology series. AHS: 1984 has added Pose star Angelica Ross to its cast, with Ryan Murphy teasing that she has an "unforgettable" role in the new season.

Angelica Ross is an actor and trans rights activist who has appeared on Transparent, Claws, and Caitlyn Jenner's reality series I Am Cait. But Ross is best known for her breakout role as the pugnacious ballroom house mother Candy Ferocity in Ryan Murphy's FX series Pose. Her casting announcement for American Horror Story comes on the tail of a standout episode centered on Candy that aired earlier this week. I won't spoil what happened to Candy in the episode for fans who are not up to date on Pose Season 2, but the events confirmed that Ross would no longer be appearing on the show.

Ryan Murphy announced Angelica Ross' AHS casting in an Instagram post after her episode of Pose aired, writing "Though she will always be our Candy, and our show suffers this incredible loss, I am elated that the world will get much more Angelica. She is joining the American Horror Story family in another unforgettable role."

Angelica Ross celebrated the news with her own Instagram post, writing that the casting is historic since she will be "the first trans actor to secure two series regular roles."

The ongoing cast reveal for American Horror Story: 1984 has been one of the most shocking in the history of the franchise. So far, the only actor who has appeared in previous seasons confirmed to star in Season 9 is Emma Roberts. She will be playing the girlfriend of AHS newbie (and acting-in-general newbie) Gus Kenworthy. Angelica Ross is the third confirmed actor in the new season, and we do not know anything about her role yet.

The most shocking part of this new season, though, is not who is in it, but who isn't. Earlier this year, Evan Peters revealed that he would be sitting out of the upcoming season, and just this week, it was revealed that Sarah Paulson will not star in the season. That means that this will be the first season of American Horror Story that neither Peters nor Paulson appear in, as the two have up to now been the only actors to show up in every single season of the show.

The theme of American Horror Story: 1984 is also shrouded in mystery. Ryan Murphy announced the new season's name with a brief video showing a knife-wielding man chasing a woman through the woods, hinting that the season would play on '80s slasher movie tropes. Presumably, the name means that the season will be set in the year 1984, and that it could also have some Orwellian themes, but nothing has been confirmed about the theme as of yet.

More like this
These Theories About Annabelle On 'Cruel Summer' Will Make You Think
By Rachel Varina
4 New K-Dramas On Viki In May 2021 To Obsess Over
By Abby Monteil
'Grey's Anatomy' Season 18: Premiere Date, Cast, Trailer, News, & More
By Abby Monteil
Stay up to date