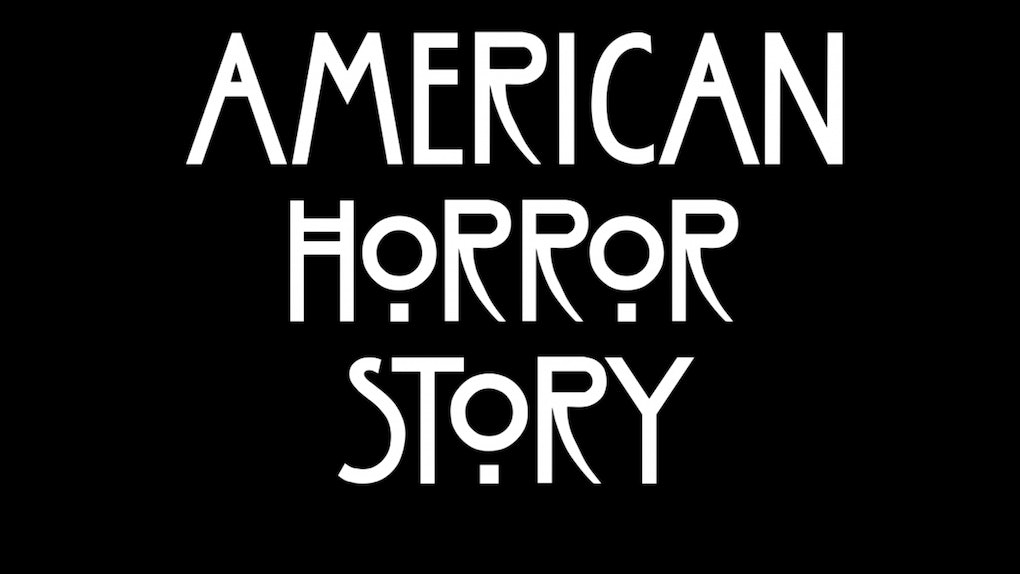 The first big question about every new season of American Horror Story is what the theme will be. Usually, creator Ryan Murphy keeps the upcoming season's theme a secret until just a few months before it premieres, but he is doing things differently this year. Murphy just released a short video clip that reveals the theme for the upcoming season. So, what's the theme of AHS Season 9? It looks like AHS may be getting a bit political again, while also paying homage to classic '80s slasher movies.

On Wednesday morning, Ryan Murphy posted a brief video clip on his Instagram revealing that Season 9 of American Horror Story will be called AHS: 1984. The title reveal was accompanied by footage of a hooded man chasing a woman through the woods with a large knife, which throws a bit of confusion into what the tone of the new season will actually be. The title seems to be a clear reference to George Orwell's classic dystopian novel 1984, in which an oppressive government keeps its citizens under constant, invasive surveillance. But the video clip itself does not really reflect the themes of the book — instead, it looks like a scene from one of the slasher movies that was popular during the '80s.

Check out the title reveal clip below, which is set to the song "Six Feet Under" by Billie Eilish:

Of course, fans will have to keep waiting until Ryan Murphy gives us more details about what this 1984 theme really means, but from this short first-look, it seems like the new season will somehow combine the government surveillance and propaganda themes from 1984 with the aesthetic of slasher B movies from the '80s.

The cast for AHS: 1984 is also largely a mystery at this point, although we do know a few things about who will and will not be appearing in the new season. The only confirmed cast members at this point are AHS veteran Emma Roberts and AHS newcomer Gus Kenworthy, who will be playing girlfriend and boyfriend. The most shocking casting detail of all, though, is that Evan Peters will not appear in this season. Peters is one of the only actors to appear in every single season of American Horror Story, but he recently revealed that he will be breaking his perfect attendance record with Season 9.

Aside from those few casting revelations, though, the AHS: 1984 cast is anyone's guess at this point. Fans probably assume Sarah Paulson will star in the new season since she has starred in every previous season, but Evan Peters' surprising departure proves that we should not totally count on the regulars to appear until they are officially announced. It is unclear whether the footage Ryan Murphy posted is actually from the new season or just an unrelated clip to tease the tone of AHS: 1984, so we also don't know if the actress from the video is in the new season or not.