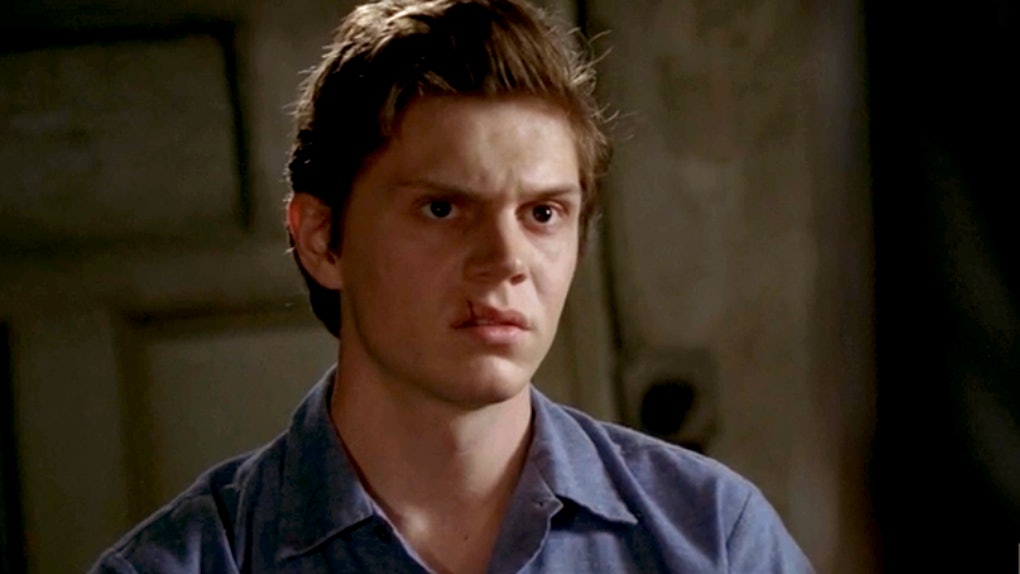 American Horror Story may completely change every season, but the anthology series does have two constants: actors Sarah Paulson and Evan Peters. Over the past eight seasons, Paulson and Peters have been the only two actors to appear in every season, often starring in co-lead roles. But that is all changing with the upcoming ninth season. Evan Peters won't be in American Horror Story Season 9, he recently revealed, which will mark the first time ever that Peters will not be in a season of AHS.

This news definitely comes as a major shock to all American Horror Story fans, because Evan Peters has established himself as a staple of the franchise since the very beginning. He has starred in every single season of the show to this point, something that nobody else but Sarah Paulson can also boast. In the last year's eighth season, Apocalypse, Peters played four different characters: his haunting Murder House ghost Tate Langdon, his Hotel serial killer James Marsh, outspoken hairdresser Mr. Gallant, and obnoxious tech bro Jeff Pfister. After eight years of always seeing him at the center of whatever new horror story Ryan Murphy had cooked up, it is hard to even imagine a new season without Evan Peters.

The shocking news comes from a recent red carpet interview at the sci-fi convention WonderCon. When asked if he was involved in the new season of American Horror Story, Evan Peters responded, "No, I'm going to sit a season out."

I'm goofy, I'm silly, I like to have fun. I don't like to yell and scream. I actually hate it. I think it's disgusting and really awful, and it's been a challenge for me. Horror Story sort of demanded that of me ... It's been all a massive stretch for me and really difficult to do. It's hurting my soul and Evan as a person. There's this massive amount of rage that's been called upon from me, and the emotional stuff that's been called on me for Pose has been heartbreaking, and I'm sick. I don't feel good ... It's just exhausting. It's really mentally draining, and you don't want to go to those places ever in your life.

It definitely sounds like a break from the horror will be a good thing for Evan Peters, even though AHS fans will miss him.

As far as who Season 9 of American Horror Story will star, all we know right now is that Emma Roberts will be back in a lead role and that newcomer Gus Kenworthy will be playing her boyfriend. Aside from that, the new season is still a total mystery. Fans can expect Season 9 to premiere sometime in September or October of this year.

More like this
'All-American' Star Samantha Logan Is Putting Herself First
By Rachel Varina
The 'This Is Us' Season 5, Episode 14 Promo Teases Another Beth Story
By Ani Bundel
These Movies & TV Shows Starring 'Shadow And Bone' Actors Are Far From Ravka
By Ani Bundel
Stay up to date