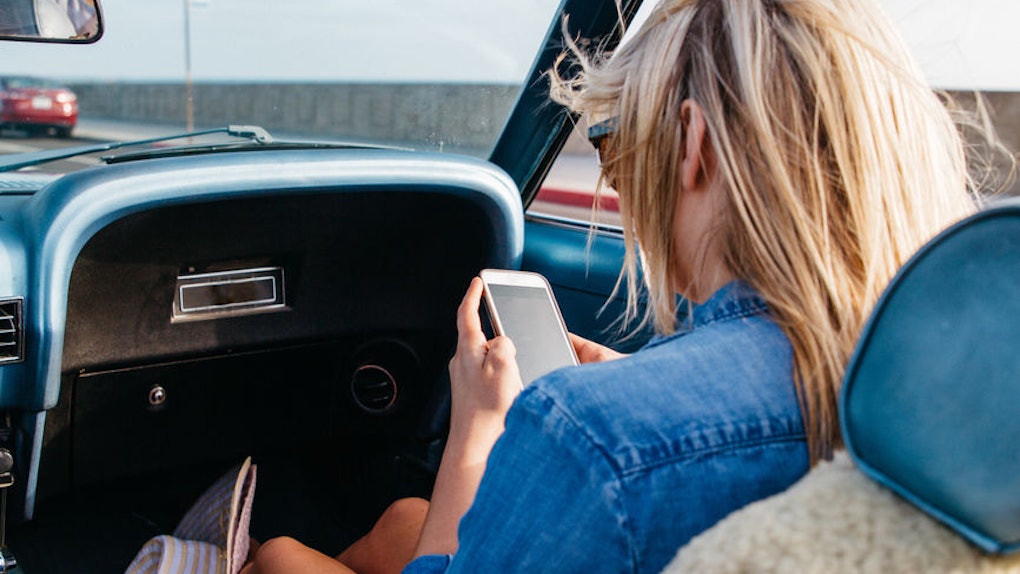 When it comes to reaching out to someone after a one-night stand, figuring out what to say if you want to do it again without worrying that your text conveys the right tone can be tricky. One of the harder parts about deciding what texts to send someone after a one-night stand is that, regardless of what type of relationship you're looking for, it's normal to worry about coming on too strong, or, on the contrary, not seeming interested enough. Where's the balance?! It's confusing, but if your goal is to keep keep hooking up, no strings attached, fret not. There's a way to express that very desire without using too many words.

Considering you and your one-night stand have likely already been very intimate together, there probably isn't much you can say that would be "too much" — at least not sexually. But you still don't know them very well, considering they were a one-night stand. (Unless it was a one-night stand with someone you're friends with. In that case, approach with even more caution.) Either way, make sure your text reflects your intentions. You don't want to ask them for drinks and dinner when really, all you want to do is have a horizontal grownup party. In theory, honesty seems simple, but it's often easier said than done. So if you want to hookup again, consider one of these nine texts.

1. Last night was fun. We should do it again some time.

Straight and to the point. No games.

2. Last night was beyond hot.

Similar to the text above, this text speaks to the great time you had, without being too obvious about wanting to do it again. It's most effective if you want to remain slightly mysterious about seeing them again.

Adding a little description that tells them exactly what you liked can stroke their ego a bit, which is good if you want to be stroking something else later.

4. You took me on quite a ride last night.

This text is another good one for feeding your one-night stand's ego. Everyone loves to be told what they do well, and sex buddies are no different.

5. You were so impressive last night. I'll give you a standing ovation if you do it again.

Not only does this tell your one-night stand just how great of a time you had, but it also gives them a flirtatious promise, which could give them yet another reason to want to do it again.

No need to beat around the bush here.

7. I thought about the other night all day. Can we make that happen again soon?

What better compliment than letting someone know they were on your mind all day long? Tell your hookup you couldn't stop thinking about them (brownie points if you're extra specific), and start planning round two.

8. I just happened to be in the neighborhood. You busy?

OK, honestly you're probably not "just in the neighborhood," but whatever. You're taking matters into your own hands, here. If you just can't wait to see them again and you're willing to travel, shoot them this text.

If you really want to make your text short and sweet, this is the way to go.

Figuring out what text to send your one-night stand if you want to hookup again isn't always easy. But really, what it comes down to is you being honest, open, and yourself. Don't hold back! And if they don't like that, then thank u, next.