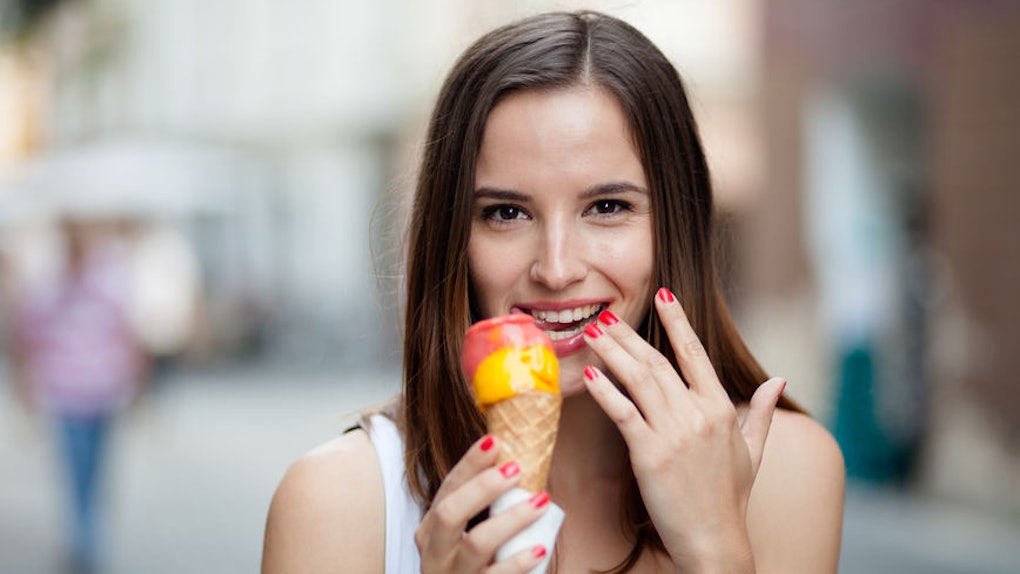 Figuring out the post one-night stand protocol, especially when you're hoping to see someone again, can definitely be a bit tricky. After all, no one wants to put themselves out there only to find out that their date from the night before isn't interested in keeping things going. If you're coming down from a great night and want to set the stage for another meet up, sending a sexy pic or two could be just the thing to keep the momentum moving toward round two. Pictures to send after a one-night stand to keep them interested while keeping it casual and not coming on too strong is definitely a balancing act. The goal is to remind them of what went down, get their blood pumping, and make it known that you're open to making plans.

IMHO, the biggest pitfall of trying to coax a memorable one-night stand into a more regular thing — i.e., a hook-up buddy, casual date, or even a relationship — is trying to change gears too quickly. If you just had a one-night stand with someone and send them a follow-up text telling them about how you'd love to go to the museum, chances are they might feel a bit of a disconnect in the abrupt change of tone — ultimately making them assume you're on different pages. However, if you can ride the high of the night before by staying spontaneous and playful, you're definitely going to make an impact. Plus, by staying chill, you're also allowing whatever is going to happen between the two of you to evolve organically. Here are some sexy picture ideas to keep the fire going until you meet again.

You can pretty much never go wrong with a well-shot cleavage pic. It's just enough to get their mind moving in a sensual direction, but not so much that you kill their imagination. And remember to always be aware of lighting and prime angles, so you can best show off your assets. Pair with a brief text letting them know you had fun and see how they respond.

I know, I know, mirror selfies often get put on blast for being kind of awkward and a bit narcissistic. That said, when executed well, they can actually be extremely effective. My main advice for taking a pic in the mirror is to keep it casual. No need for an elaborate set of lingerie. A crop top sans bra and a lacy thong will do!

Is it just me, or is there something v hot about the post-shower aesthetic? The bathroom mirrors are all foggy. You're looking and feeling fresh. Your hair's got that sleek, wet look. Why not take full advantage? And don't feel like you have to show it all, even just your bare shoulders and face are more than enough to get their thoughts racing.

If you want to keep things sexy, but aren't comfortable getting too racy, don't underestimate the power of an on-the-way-to-work, yoga, or running errands pic. Sure, taking selfies on the train can be a little awk, but also, who cares? Let them know how much you enjoyed the night before, show off your sexy pout, and you're good to go.

Deciding on your next move after a one-night stand isn't always easy. The truth of the matter is that there's no need to stress or overthink things. Just be yourself, make your interest known, and keep it moving.