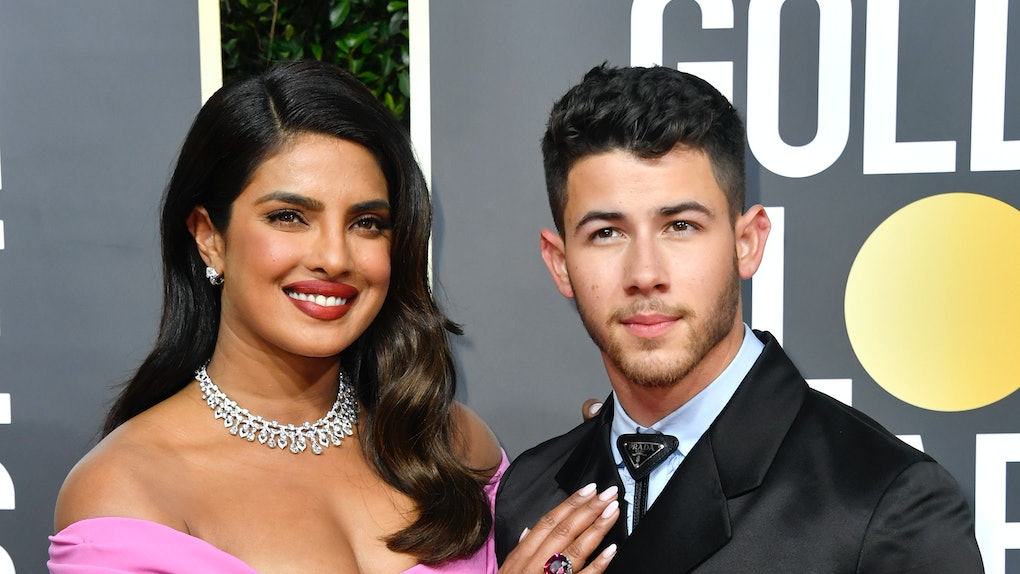 Don't doubt the power of a direct message, y'all. Though sliding into Instagram DMs has a bit of a bad rap — as it can be perceived as too forward, too impersonal, or even a little creepy — it works more often than you may realize. Next time you're thinking about shooting your shot, I suggest using these celebrity couples who met through Instagram DMs as inspo. Whether they tried corny pickup lines or kept their messages short and sweet, a few A-listers have proven that posting thirst traps on IG isn't the only way to get someone's attention.

Here's the cool thing about asking someone out through a direct message: If they turn you down or don't reply, no one ever has to know. While some of these celebs got instant responses, others were kept on read for months (though IMO, Barbara Palvin had a good reason for waiting to reply to Dylan Sprouse's DM). Not all inbox romances have led to a fairytale ending, but may celebs have turned their DM connection into long-term relationships, engagements, marriage, and even babies. Too shy to DM your crush? Maybe these A-list success stories will give you the confidence to take the plunge.

According to Sophie Turner's March 2019 interview with Harper's Bazaar UK, her relationship with Joe Jonas all started in 2016 with a direct message. When asked how the two met, Turner said friends intended to set them up, but Jonas was the one who made the first move. "We had a lot of mutual friends," she explained, "and they'd been trying to introduce us for a long time. We were following each other on Instagram and he direct-messaged me one fine day, out of the blue." It worked, and in November 2016, the couple reportedly went on a date to a Kings of Leon concert.

Dylan Sprouse and Barbara Palvin initially met at a party, but — as the couple confirmed during a February 2019 interview with W — Sprouse followed up their introduction by sliding into her DMs. "She followed me, so I was like, I guess I'll give her something," Sprouse told the magazine. "I was like, 'Hey, I don't know if you're in New York for very long, but we should hang out if you want to. Here's my number.'"

Apparently, it took six months for Palvin to respond. "I knew I wasn't in a good mindset at the time, and maybe deep inside I knew that it could be something more," the model explained to W. In those six months, Sprouse booked a movie and moved to China for filming. One day on the shoot, his manager asked him if there was anything he wished he'd "wrapped up" before he left. Sprouse admitted to W that Palvin immediately came to mind, and 10 minutes later, she texted him.

During an appearance on Jimmy Kimmel Live in January 2018, Sarah Hyland shared the story of how she and Wells Adams went from flirting on Twitter to going on an IRL date. "He slid into my DMs," she said. "...I was following him [on Twitter], we had tweeted each other, and I thought he was funny and he was a fan of the show [Modern Family] ... so I just thought, I saw him as the bartender [on Bachelor in Paradise], and I was like, 'That's really cute,' and I was single, obviously, and I was like, this is really awesome." The DM that started it all? According to Hyland, Adams wrote: "Next time I’m in L.A., I’m taking you out for drinks and tacos."

Though Nick Jonas and Priyanka Chopra first connected through DMs, their mutual friend, Graham Rogers — who co-starred with Jonas in 2015's Careful What You Wish For and acted alongside Chopra in Quantico — def played a part as well. As Rogers told Vogue in a December 2018 interview, Jonas was enamored with the TV star and sent a text to Rogers, saying, "Priyanka. Is. Wow."

Then, with Rogers' encouragement, Jonas worked up the courage to send Chopra a DM in September 2016. "I'm hearing from a few mutual friends that we should meet," he told Vogue during the December 2018 interview. Apparently, Chopra responded that same day, and they began an epic text convo that went on for six months until they finally came face-to-face at the 2017 Vanity Fair Oscars party. (OK, this one was actually a Twitter DM, but that's basically the same thing.)

In February 2019, Bachelor alum Ben Higgins introduced his IG followers to his new GF, Jessica Clarke with a post, writing, "'I've been selfishly keeping this girl to myself for too long! Hey friends meet @jessclarke_! I successfully slid into her Dm's a few months ago. I took a risk and I am glad I did."

Not long after, Higgins told the story of how it all went down during an episode of his podcast with Ashley Iaconetti Haibon, Almost Famous. According to Higgins, Clarke first came on his radar when he was in Nashville for a charity event in August 2018. While looking at the top posts near his location on IG, he spotted Jessica's photo with her dad from a nearby Nashville Predators hockey game. He was immediately smitten, but apparently, he didn't work up the courage to shoot his shot until November 2018.

On his podcast, Higgins said he sent a direct message to the effect of, "If you're single, please message me back." Because Clarke didn't recognize Higgins from The Bachelor, she initially ignored it, but when she finally did give it a read, she admitted she thought it was "hilarious" and "very cute," according to Higgins, and she messaged him back.

Mandy Moore met her musician husband, Taylor Goldsmith, through Instagram, though she made her interest known in a subtle way. Because she was a fan of his band Dawes, she shared a photo of their album cover on IG, and apparently, Goldsmith got word of her post and slid into her inbox. "Somehow, Taylor saw it and sent a note to me," she explained to People in October 2017. "We started emailing back and forth, then we went on a date and the rest is history. Thanks, Instagram, for helping me meet my fiancé!"

During a May 2020 episode of Watch What Happens Live With Andy Cohen, Dua Lipa was asked if she'd ever slid into a celeb's DMs, and she admitted that was actually how she got close to her boyfriend, Anwar Hadid. "I have a confession to make… Mine was my boyfriend, so my current boyfriend. I definitely did that," the singer revealed. However, she said they did meet beforehand, adding, "No, we actually met at a barbecue. But then it carried on onto DMs."

Pitch Perfect actor Brittany Snow first met her husband, real estate agent Tyler Stanaland, through mutual friends, but it was through Instagram DMs that the two really connected. During a July 2020 interview with The Knot, Stanaland revealed how he broke the ice after realizing they followed each other on IG. "I sent a direct message with the most embarrassing pickup line. A dad joke," he said. But apparently, that dad joke did the trick.

Though the two have since split, Antoni Porowski revealed how he met his former beau, Flipping Out alum Trace Lehnhoff, during a March 2019 episode of Watch What Happens Live With Andy Cohen: through Insta DMs. "We met on Instagram," he said. "It's, like, the 2019 way."