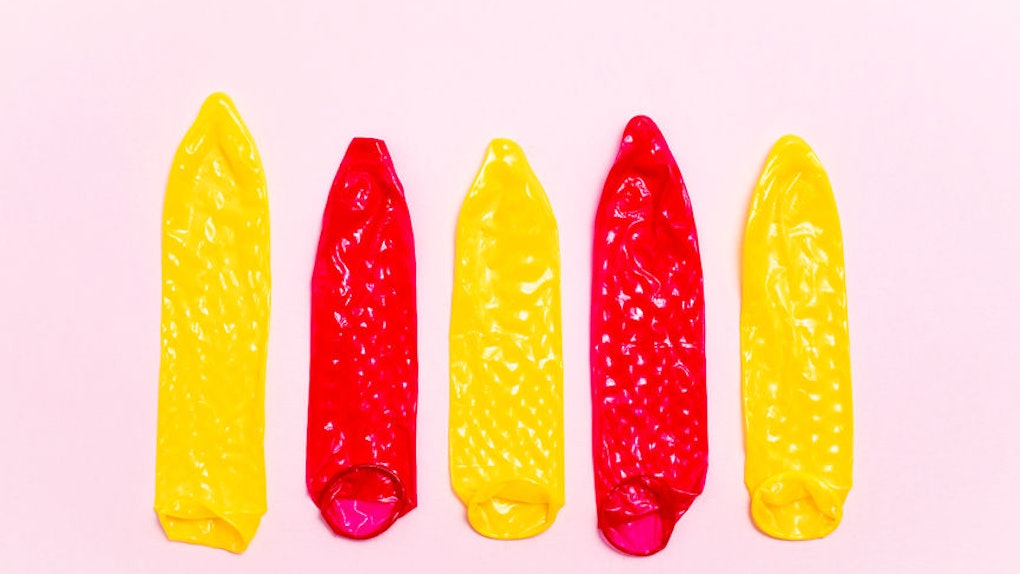 8 Tweets About Condom Week That Are So Important & LOL-Worthy

It totally makes sense that Valentine's Day falls during National Condom Week — after all, there’s hardly a better way to show love for your body than by practicing safe sex. Just take a scroll through the many tweets about Condom Week and you'll get the picture: The goal is to spread awareness about the risks involved in unprotected sex, reduce the stigma around condoms, and educate people about the important role that condoms play in preventing unplanned pregnancies and the transmission of STIs. Condom week was first organized by students at The University of California, Berkeley in 1978 — and today, it’s celebrated by a slew of colleges, family planning organizations, STD/STI awareness groups, and condom manufacturers across the country.

Unfortunately, a stigma still persists around buying and carrying condoms — especially for women. According to Planned Parenthood, only 39 percent of high school students in the U.S. are educated about how to properly use a condom in their health classes. But according to a 2007 report by the National Campaign to Prevent Teen & Unplanned Pregnancy, programs that teach young people about contraception can help young people to delay their first experience with sex and furthermore, to use condoms when they finally do have sex.

The more we talk about condoms, the less stigmatized they’ll become — and to boot, the more educated we’ll be on how to properly use them for safer sex. Looking for a little contraception chalk talk? These tweets should leave you more informed.

The more you know, eh?

So, sometimes two is not better than one.

When The Pros Dramatically Outweigh The Cons

It's always better to be prepared.

Storage Rules To Live By

PSA: A properly stored condom is an effective condom.

Today, condoms are available in all kinds of sizes, colors, flavors, textures, and materials. But they’ve actually been around for a long time: In fact, according to the University of California, Santa Barbara, cave wall paintings in France suggest that the condom emerged around 11,000 B.C. Obviously, they’ve come a long way since then in terms of their design, as well as their effectiveness..

The fact is, the condom is one of the most effective and inexpensive forms of birth control available. A condom is 98 percent effective at preventing pregnancy when used effectively. It makes sex a whopping 10,000 safer when it comes to HIV transmission. And guess what? In a 2010 study published in the Journal of Sexual Medicine, condom users rated their sexual experiences as just as pleasurable as people who don’t use condoms. If you’re eager to learn more about how to correctly use a condom, scope out the Centers for Disease Control and Prevention’s guide. For more mind-blowing facts about the benefits of condom use, check the CDC's fact sheet. Or, if you're just seeking to get in on the conversation, hop onto Twitter and start firing off some #CondomWeek tweets of your own.

If you’re ever feeling bashful about buying condoms or keeping them on you, remember: “No glove, no love.” There’s hardly anything sexier than safety.