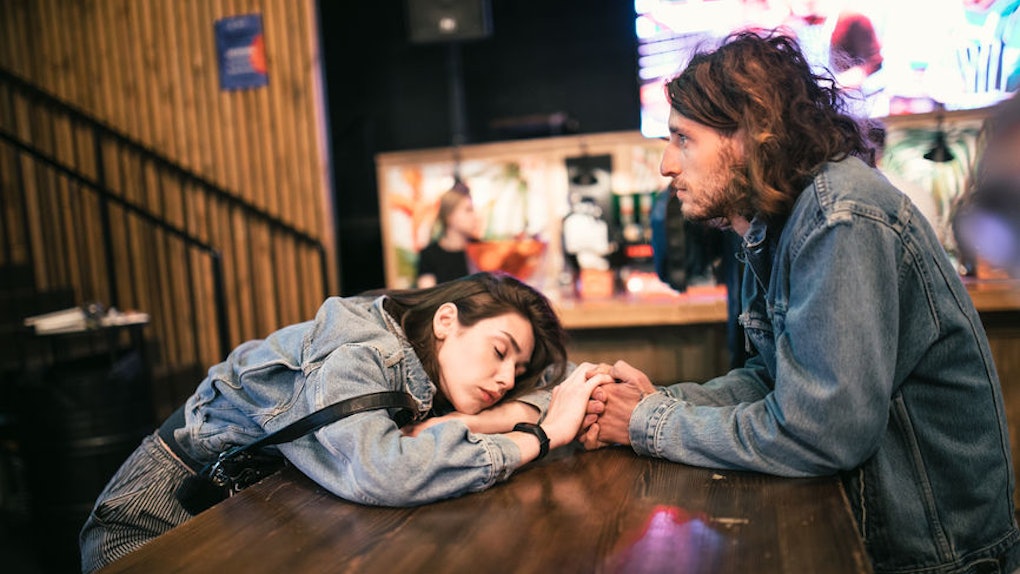 When it comes to relationship milestones, meeting the parents can be a real wild card. Sometimes it goes swimmingly, and you leave feeling like the most charming person to walk the planet. Other times, it can be a real test of your nerves and patience. If you're reeling from a recent meet-and-greet with bae's family, it might help to hear other people's stories about meeting the parents. So many go through this so-called relationship test and come out on the other side.

If you haven't taken this step with bae yet, it could also help to know what not to do in this situation. The good news is that there are specific strategies you can employ to ensure that meeting your partner's parents goes as well as possible. According to relationship expert Anita Chlipala, considering your partner's family customs and expectations can be helpful. Additionally, couples' therapist Dr. Gary Brown adds that turning off your phone can help you make a good impression on your partner's family. Remember to take some deep breaths and keep in mind that your partner wants to introduce you to their parents because you're an important part of their life.

For some additional insight, check out the following folks' stories.

When the vibe is off.

My ex-fiancé met my parents at Christmas. Things were going pretty well until we exchanged gifts. He had gotten me a vibrating back massager. My mom started cracking up laughing, which set me off too. My stepfather just sat there stone-faced. It took my ex about 30 seconds to figure out why we were laughing at his present.

When they get right to the point.

When I first started hanging with my now partner of three years, he invited me to meet his mother, who was visiting campus. Unfortunately, I was already pretty tipsy when he asked, but nevertheless, I doused myself with perfume and went to the bar where they were. It all seemed to be going well until my partner got up to go to the bathroom. All of a sudden, his mom snapped to focus, looked me in the eye and asked directly, 'So, how long have you been dating my son?' We hadn't even DTR'd yet. I had no idea what to say. We laugh about it now.

When they see more than you wanted them to.

My ex and I started out as a casual relationship. One day after having sex, I went from his room to his bathroom to clean up, and because no one was home, I didn't cover myself up. I'm halfway down the hallway, and his mom comes around the corner (she had just come back) and laughs at me saying, "oh hey! It's good to know you're a true redhead too!" I wanted to die.

When they don't find your jokes funny.

I met my high school girlfriend's parents during Sunday dinner. During this, her father and I really hit it off. During dinner, her mother, who is named Donna, kept asking me a lot of questions to which her father joked that she had diarrhea of the mouth. I then joked that they should call her Donna-rrhea. Everyone laughed, except her mom, she hated me.

When your family is being super extra.

When I brought my first college boyfriend home for Thanksgiving, we were greeted by my parents in full Star Trek uniforms. My dad was wearing Spock's ears, and they were both giving the "live long and prosper" salute. When they ordered pizza, the delivery guy even asked my dad why he didn't just have the pizza beamed over.

When their dynamics are surprising.

I once met a girl's family and found out that they were super old-fashioned. The women cooked and cleaned while the men sat around drinking. It felt like I had stepped into the 1950s. I helped clean the dishes, and all the men were looking at me with "WTF are you doing" faces. That was a very uncomfortable feeling.

When meeting someone new is a mouthful.

My first boyfriend had a birthday dinner shortly after we started dating. He has a twin, so it was a big celebratory ordeal for the whole family that they seemed to look forward to every year. I was so excited to be invited. We went to this fancy restaurant where there was a buffet, and I picked up something that I thought was potato salad. It ended up being pickled herring, which is a very salty, sour fish dish. I didn't realize this until I took a bite, and my ex's grandma was talking to me for the first time. Instead of spitting it out, I had to chew and swallow like nothing was wrong. It was. so awkward. I'm sure I made an ugly face during our first interaction.

When they're not out and you're bad at lying.

My last girlfriend wasn't out to her parents. So when I met her mom, I was just a 'really good friend' of hers. It was interesting to be in her house and see her bedroom. Her mom was super quiet and kind of shy. We met on a dating app, so when her mom asked me how we met, I had to make something up on the spot. I just said that we met on the subway, which was a terrible made-up excuse, LOL.

Meeting the parents doesn't always go as planned, but sometimes that isn't anyone's fault. If you recently had a meet-and-greet with bae's parents that went differently than what you were expecting, these stories can serve as a reminder that you're certainly not alone.