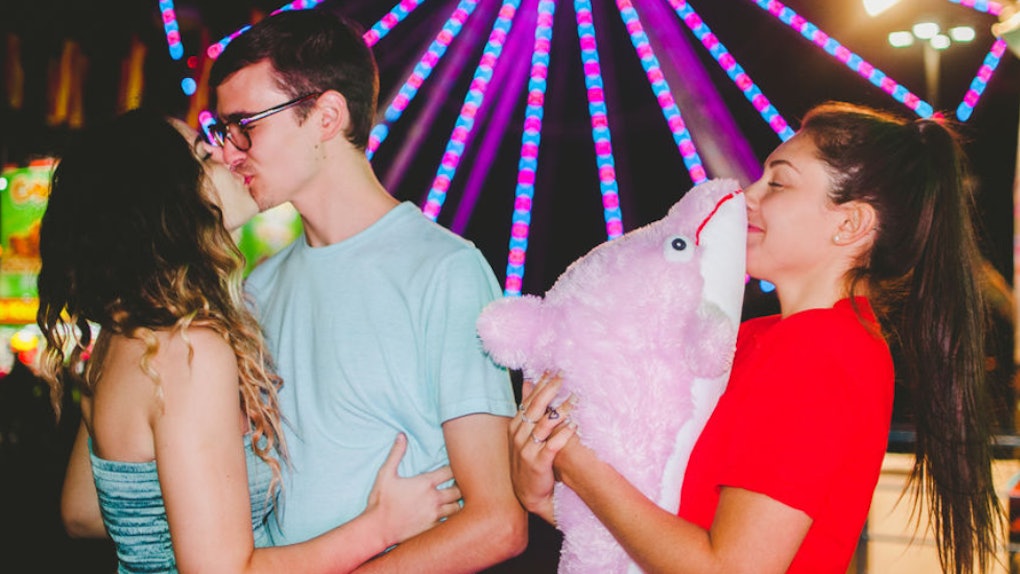 7 Things Your Single Friends Want You To Know, Because You Shouldn't Make Assumptions

You know that open, honest communication is important in a relationship, and friendships are no exception to the rule. But despite that, if you're in a relationship, there might be some things your single friends want you to know — even if they don't really know how to tell you.

If you've been the single friend before, you probably already know where this is going. Relationships have this tendency to make you temporarily forget about everything else sometimes, especially in the beginning. Love is wonderful, but it's also confusing and distracting when it's new, and as you get deeper and deeper, sometimes you forget what it was like when you weren't in it in the first place. Sometimes that means you don't get where your single friends are coming from, and vice versa.

Rest assured, no one is saying you're a bad friend just because you're in a relationship. Honestly, that would be ridiculous — even the most amazing friends say or do the wrong things sometimes. We're all human; it happens. All it means is that maybe you're in need of a refresher course on what it's like to be the single friend — and a reminder that you shouldn't make assumptions about your friends just because they're not in a relationship.

1. Being Single Isn't A Bad Thing

Being single isn't a bad thing — in fact, a lot of the time it's a really good thing! Being single gives you so much time to really get to know yourself and learn what you want out of life (with or without a partner) and helps you better hone your independence — which is important both in and out of a relationship. Your single friends don't want you to act like their lack of a relationship is something you need to fix — they just want you to treat them the same way you always have, regardless of relationship status. If they want your help in the dating department, they'll ask, so let them come to you when and if they're ready.

2. And It Doesn't Mean They're Lonely

Maybe you tend to associate being alone with being lonely, but they're actually two totally different things. You can be alone without ever feeling lonely, and you can be surrounded by people and still feel loneliness creeping in. It really has nothing to do with your relationship status. If you really get the sense that your friends (single or not!) are feeling lonely or unsupported, by all means, reach out and ask them how they're doing — without bringing up their relationship status or projecting what you think might be going on. People appreciate friends who check in on them, but assuming they're lonely just because they're single is off-putting.

3. Unless They Tell You Otherwise, They're Actually Happy

Unless your single friends are telling you they're unhappy — and more specifically, unhappy about being single (you don't want to assume their discontent is about relationships when it's not!) — if they seem otherwise fine, you can go ahead and assume they're legitimately happy on their own. Just like it's totally possible to find even more happiness in life when you're in a relationship, it's also completely possible to find happiness and fulfillment in being single. Happiness comes in so many forms, and you don't want to assume that the way you found it is the only way.

4. So, They Don't Want To Be Set Up With Just Anyone

Whether your friends are blissfully happy being on their own or they've started talking about how they're ready to start putting themselves back out there, they probably don't want to be set up with the first other single person you can think of. If — and only if — your friend asks you if you know anyone or talks about wanting to meet new people, you can talk to them about setting them up. And if they're interested, you should only set them up in a thoughtful and meaningful way. Meaning, pick someone who you genuinely believe would be a good fit for them — don't just introduce them to other single people just because they're single.

5. Sometimes They Want To Hang Out With Just You, Not Both Of You

If you have a tendency to always bring your partner along to friend hangouts, that could be something that bugs your single friends. You might not even realize it because you're just used to doing things with your partner now, but some events really don't call for a plus-one. And I'm not talking about big group hangs or parties — of course you can bring your partner to those kinds of things (unless you're told otherwise for some reason). I'm talking about more intimate, smaller gatherings. Sometimes your friends want to catch up with just you, even if they totally adore your partner and think you're perfect together. Your friends have been there for you all this time, and they deserve some quality time with you and only you. After all, if the situation were reversed, you'd probably want the same thing, right?

6. But That Doesn't Mean They Always Feel Like The Third Wheel

On the other hand, you also don't want to assume that your single friends alway feel like third wheels around you and your partner. If your partner is a kind, friendly person who treats you well and is fun to be around (the kind of partner you deserve anyway!) then your friends probably do very much enjoy their company, too. Even if it feels a little awkward sometimes, try not to be the one to point it out. And honestly, as long as you're both making an effort to include them in the conversation (and you're not only talking about your relationship or inside jokes!) your friends probably don't mind at all.

7. And You Can Talk About Dating Still, Just You Know, Not All The Time

Sure, dating can be a great conversation topic — I mean, there's just so much to cover. But it doesn't have to be the only thing you and your friends (single or not!) talk about. For one, your single friends probably don't want to spend all of their time with you chatting about whether or not they're dating anyone (if they do, they'll tell you!) or how online dating is going. And that's regardless of how they feel about being single. On top of that, they probably don't want to spend the entire time talking about what's going on in your relationship. That's not to say these topics should be off-limits by any means — it's just a reminder that balance is important, and that it's a good idea to talk about other things (there are so many other topics to cover!) too.

At the end of the day, the best thing you can do for your single friends is to be respectful, not make assumptions about their lives, and make sure that you're valuing your friendships with them. And really, that goes for all of your friends.