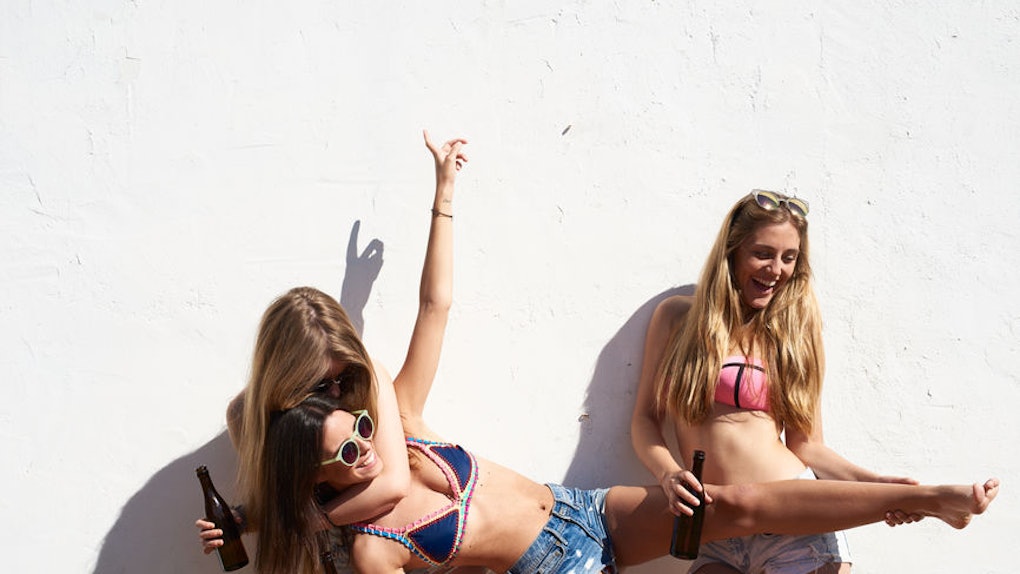 10 Things Not To Say To Your Single Friend, Because They're So Rude

I have been single for... a minute. And by a minute, I mean the last five years of my life (basically all of my 20s). Sometimes, my single status has been a choice; other times, it's been a consequence of the fact that I say things like, "I once bit a kid so hard he had to get a tetanus shot" on the first date — like the charming cosmopolitan gal I am! Either way, I've had a million convos about being single, and definitely know which things not to say to your single friend. Because trust me, there is nothing more infuriating than hearing an unprompted and pity-filled, "Don't worry, you'll find someone" for the 92138012th time.

Earlier this year, I called my grandmother to wish her a happy birthday and she immediately asked how my love life was going — adding, "you know, if you've found one yet" — and I wanted to light myself on fire. For starters, I'd spent most of that month holed up in my bedroom, cramming for exams, volunteering for political campaigns, and writing more bylines than I'd ever written. I was running on caffeine and virtually nothing else — barely remembering to eat or sleep or put on mascara — and I had no time for, nor interest in, "finding a love life." There was so much going on in my life that I was really excited about. And yet, the first thing I was asked about was boys (stupid boys!).

With that in mind, here are 10 of the worst things you can possibly say to your perpetually single friend — because seriously, they're rude. Just don't.

...I wasn't worried, but like thanks for the sentiment!

Excellent question — how much time do you have, random relative I see twice a year? Let's unpack this.

I will care as much or as little as I damn well please, thank you very much.

Additionally, do other people have, like, control over their emotions or something? Do you not all cry uncontrollably while listening to the Call Me By Your Name soundtrack in public? Asking for a friend.

4. "Sorry, I know it must be annoying to hear me talk about my SO all the time when you're single..."

Yes, as it is similarly difficult for me to hear about your tropical vacation when I don't have a tan.

5. "You should really get on the ball if you want to have kids."

This is an actual thing someone said to me! I am 25. Halle Berry got pregnant at 46. And also, like, stop. I am a person, not a baby-making machine.

Still no! But thank you for making my life feel like a ticking time bomb.

7. "I can barely even remember what it's like to be single — tell me all about it."

It's an entirely different world, married friend! Don't worry, I'll lend you my guidebooks, lest you ever re-enter this crazy, parallel universe we live in.

8. "You'll find someone when you least expect it."

9. "Maybe you're just meant to be a lone wolf forever."

Um, if I don't really want to be a lone wolf forever, this is straight-up terrifying.

Yes, my single status has tried and tested me. But man, so glad I have your support on this journey.

Basically, stop acting like being single is some great challenge to overcome, or that relationships are the most important thing in life, and you'll be Gucci.

More like this
Getting Over Your Anger At An Ex Is Hard, But Not Impossible
By Caroline Colvin
23 Lines To Use When Sliding Into DMs, Because It’s An Art
By Caroline Colvin
20 Tweets About Raya That Show Just How Exclusive It Really Is
By Corinne Sullivan
Stay up to date