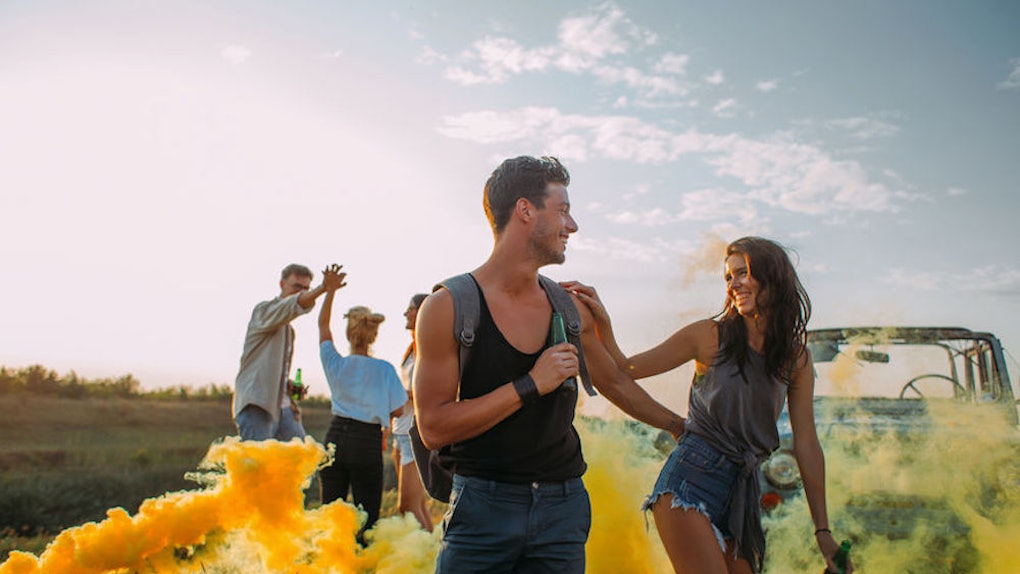 Personally, I've done some pretty ridiculous things for my friends. I would have to believe that staying up late on FaceTime, and helping my besties finish a plate of French fries sort of counts in that category. If so, then I'm truly the MVP of putting life's nonsense aside and doing what's best for my BFF. Odds are, you've agreed to being the third wheel, or gone to new levels on the 'Gram for at least one of your girls. The things you do for your guy best friend is totally different, though. He's an irreplaceable person in your life, and your relationship is unlike one you have with anyone else.

He's basically like a brother to you. When some guy ghosted you, he was the first one to tell you that you deserve a lot better. But, he also taught you how to be tough and handle any mess that may come your way. He would cheer you on from the sidelines of life, and has never caused pettiness when it comes to making plans, unlike some of the ladies you love in your life. Truth is, your main guy just doesn't do drama, and he'd rather be a laughing and smiling light in your life a majority of the time.

Throughout the years, you've grown up together, and had your heart-to-hearts. You've may have helped him conquer laundry in college, or taught him some trick when it came to dating. These seven things you'd do for him, and no one else (TBH).

Your guy bestie is one of the few people on this planet you'd embarrass yourself for. Odds are, you've ended up in some sort of sticky or ridiculous situation thanks to him. Maybe you had to cover for him at work, or during class when you were in college. You'd make loud noises, or cause a scene over your coffee just so he didn't look bad. Oh, brother. Good thing you'll never see most of these people ever again. Phew!

2. Go To A Sporting Event

Not all guys are totally into sports, but you may have attended at least one event over the years to show your male BFF some support. You cheered on the sidelines when he was playing football, or maybe you were his buddy to a basketball game. In those moments, you felt like the most valuable friend in his life. You'd possibly bring him snacks for when all was said and done, or at least toss him his water bottle during breaks. Somebody has to bring the orange slices, right?

3. Laugh At A Terrible Joke

Just smile and nod, right? Your guy best friend has likely made a lot of jokes during your friendship. Some of them, the whole crowd has broke out into laughter. He has a pretty good sense of humor! But others, you just had to laugh along and pretend it was the best thing you've ever heard. He's tried to throw puns into a conversation, or made movie references that have gone right over your head. You've learned that it's best to just cackle with the crew, and let him have this one.

Your guy friend has likely crushed on someone super hard at one point or another. In those moments, it was up to you to get all the intel. When it comes to your girl friends, you would've just done some digging on social media, or been a reliable third wheel. But, guys work differently, and suddenly you're best friends with the girl in the bar bathroom. You'll have a conversation with her, and make sure that the two of them would hit it off before making any introductions. After all, you want your bestie to be happy, and you wouldn't want to set him up with someone who's so not his type.

5. Show Up With Food

Somehow, he's always hungry. So, you always make sure you show up with food whenever you and your guy best friend hang out. If you aren't already on your way to a restaurant, or to grab burgers at the local diner, then it's so necessary. You'll pack a bag of chips, or a couple of extra granola bars for when you're going hiking. For some reason, he just never thinks to bring anything for himself, and you both get pretty irritable when you're hangry. The second you pull out some snacks, he's so appreciative. Seriously, what would he do without you?

6. Hang With The Fam

No matter who it may be in your crew, your friend's family is basically your own. Especially when it comes to your friends from home who have known you since the days of kindergarten, you could walk right into their house and nobody would say a word. You'd start shuffling through their pantry and hanging with their siblings before your bestie even made an appearance. Totally normal, though, right? When it comes to your guy BFF, this is no different. He's the only one you'd willingly hang around a little longer for, and you honestly love chatting it up with his mom. The feeling is always mutual.

7. Give Him Some Tough Love

It's the bestie's job to show their friend a little tough love. Your guy BFF may not be afraid to take some risks in life, but that doesn't mean he's always seeing things clearly. Especially when it comes to dating, it's so easy to read a person wrong, or tell yourself only what you want to believe.

You may have found yourself in the position where you've had to be blunt with your guy, and just tell him how it is. You'd whip out the ice cream for the more serious situations, and remind him that everything is going to be just fine. Life happens, but you'll always have each other and the things that you'd do for no one else.