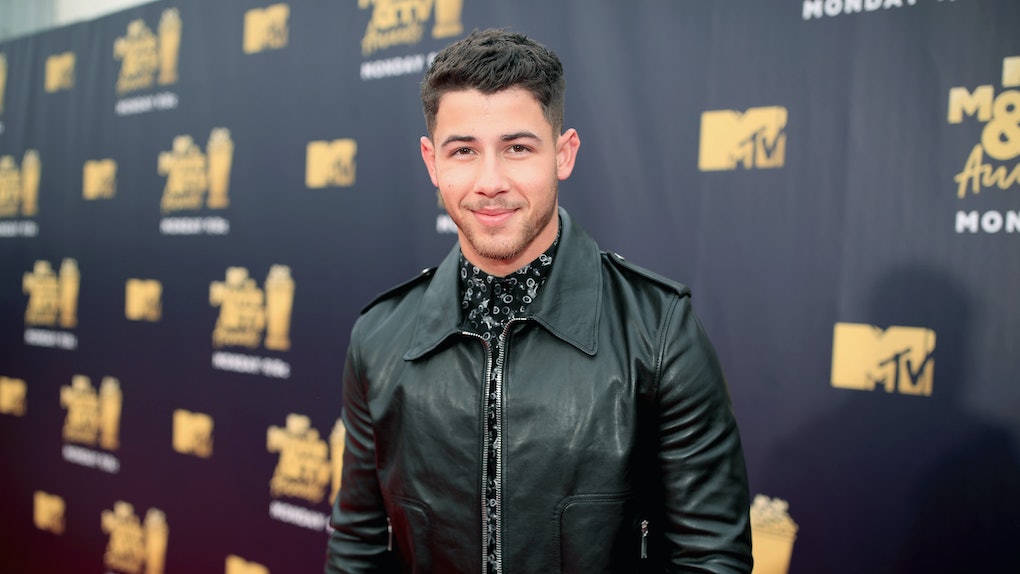 As a huge stan of the rumored relationship between Nick Jonas and Priyanka Chopra, I also realize I'm not the most knowledgeable when it comes to the man of the hour, Nicky J. (See? Has anyone even ever called him that?) I know he was part of a very famous boy band with his brothers I know he dated Olivia Culpo, and I know he was born four years after me, which makes me feel entirely unaccomplished and old. But I want to know more about his vibe. What's Nick like? Is he a romantic? A nerd? Cue the Nick Jonas quotes about love out there on the internet.

Turns out, dude is a romantic! It makes sense, from my vantage point, Jonas seems to be doing all of the things women generally like their new boyfriends to do. After being spotted snuggling up together in May and attending a family wedding together in June, the 25-year-old Jonas brother and 35-year-old Chopra are potentially getting even more serious: he reportedly met her mom in India. There are tabloid headlines about babies and marriage and the pair exploding all over the internet, but a source told People Magazine that their relationship is "very casual." A swift perusal of Nick's lyrics and interview quotes makes me think the fast-track to romance might not be so far off for him — the dude seems to love love.

1. On having his love life splashed across the internet.

“It definitely sucks. It sort of feels like, on top of dealing with the situation with the person, you have to be thinking about other people’s opinion about it, and without all the information.”

“It was first excitement to have freedom to be whoever I wanted to be, be my own person. Then the feeling of being disheartened by what’s out there. Then getting into crazy artist mode and throwing it all out, the good, bad, and ugly. Then meeting people, making a real effort to open up and be free as a person. I’ve met some people that are amazing. And my current situation is that I’m very much single, but I’m trying to be as open to people who can inspire me in some way.”

3. On spending time with a partner.

"I think the thing that’s worked for us is just being really transparent with each other about our schedules and making the time that we do have to talk as good as we can. And really being understanding as best we can. It’s easier said than done but it does help."

"[My song] 'Find You' is about a lot of things. For me, it's got a lot to do with just the idea of finding love, in general, and the journey we all go on with that. And how sometimes, it can be something you're afraid of and running away from it in that sense, but it is desperately something we all hope for."

“Well, I think love and romance happen for some people, and it’s an amazing thing. But right now I’m really serious about my work. I’ve got too much on the agenda to really think about losing myself to love.”

6. On his split from Culpo.

“With this one I made a real point to tell stories as honestly as I could. It became very clear what it was going to be about, after the breakup. I just dove in headfirst and wrote about all of it. I think it was the most meaningful relationship I’ve ever been in, and it was the longest.”

7. On being in next-level love.

'Think about it / There must be higher love / Down in the heart / Or hidden in the stars above / Without it / Life is wasted time / Look inside your heart / I'll look inside mine."