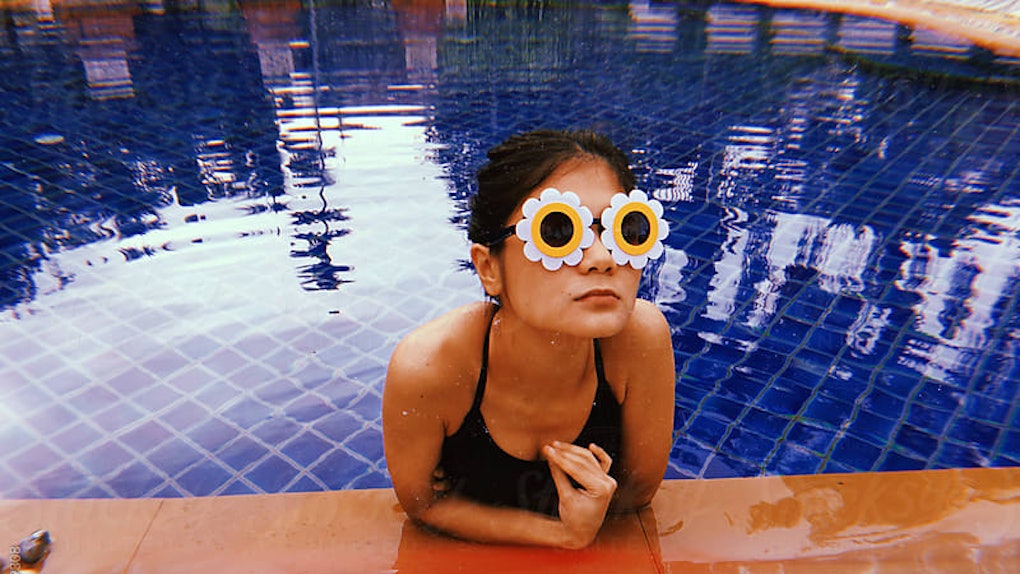 I hate to be the bearer of bad news, but there are only two weeks until August, which means summer is basically over, and I'm not OK. With the end of summer in sight, it makes sense to start thinking about the fall. Where do you see yourself in three months? Are you single? If not, do you see your partner in your future? If you don't, it's OK. They call it "summer love" for a reason. If you're not sure about you and your SO, there are some signs you should break up before summer is over that you might want to pay attention to.

Throughout the year, certain times are conducive to new relationships, while others, not so much. One of those times is cuffing season, lasting from about November to March. During this time, people tend to gravitate more toward relationships than they do toward being single. It's cold, you want cuddles, and you're inside all the time, so why not be inside with someone you're attracted to? Then there's fielding season, which is the literal opposite of cuffing season. It's the time when you re-enter the real world and become an actual member of society again, living your best life, drinking margaritas pool side in your cute new bikini, and taking in as much frosé and iced coffee as possible while you still can, before it drops below 40 degrees again.

However, if you managed to find a poolside bae to spend your hot summer days (and nights) with, good for you! But if you're looking ahead and wondering whether you and your SO are meant to last beyond the summer months, and you're not sure, that's completely normal. Here are some signs to consider when deciding whether to move forward with your summer romance or bid it adieu before the season's over.

1. You're not ready for long distance.

Fall is a time of new beginnings. Schools start up again. Companies look to fill positions. Either way, the chances of being away from home, or away from your summer bae, are high. You care about each other a lot, but neither one of you signed up for a long-distance relationship, and that's OK. Long distance is not for everyone. (TBH, I'm dreading it, too — my boyfriend is going back to school, and I already graduated. I don't know if we're one of those couples who can make it work, but here's hoping.)

2. You're anxious to rejoin the dating pool.

In most relationships, there comes a time where you want to test out the waters again, and what better time to do that than fall? Maybe what you wanted at the beginning of the summer isn't what you want anymore. Maybe the relationship isn't what you envisioned. Maybe every little thing they do (the things you found cute three months ago) now constantly annoy you. “You find yourself irritated by everything they do (and don't do)," NYC relationship expert and dating coach Susan Winter told Elite Daily. Regardless of the reason, it happens. You want more, and you're allowed to feel that way.

3. You want a new cuffing buddy.

Again, cuffing season. It's a thing, people! You had your cuffing buddy last season, but hello! It's a new season now. That means a new cuffing buddy. You dive head first into the cuffing pool with minimal expectations. It's just a temporary fix for the loneliness and longing for human warmth that might hit you during the next few, bitterly cold months, but in the back of your mind, you might be thinking, "Hey, maybe this one will actually stick."

Getting into a relationship during this time is risky because once the season's over, people often want out, but that's not always the case. I like to be hopeful and think I'll be the one to make it — to break the stigma that your cuffing partner will dip as soon as the weather gets warmer — and I'm sure I'm not the only one.

"At the end of the day, a quality relationship is what most people want, and cuffing season can be a time when one can surprisingly show up," dating expert Thomas Edwards told Elite Daily.

While ending things with your summer fling doesn't necessarily seem like a breakup, in some ways, it is. You may not have been seriously seeing someone, but you did have that person you could turn to on those lonely nights. Maybe you were interning in a new city for a few months, and now you're going home. Maybe you spent your summer abroad, and you just wanted someone to country-hop with.

Summer sets the foundation for carefree living because, at least for a little while, you get to put your responsibilities on the back-burner and just have fun. Sadly, that's not how real life is. It was definitely a fun time, but now summer's over, and it's time to get back to business. It's time to focus on you, and if your fling doesn't fit into your real life, then maybe that's a sign to end things sooner rather than later.

Not seeing a future with your SO can be a huge indicator that your relationship might be coming to an end. I, personally, don't like planning my future with someone because then I get my hopes up, and then I get disappointed, but I know there's a fine line between not wanting to plan a future and physically not seeing one. If you cannot envision yourself being with your SO past the summer, it's probably not worth considering to stay, despite how comfortable you may have gotten in your relationship these last few months.

So, with summer quickly coming to a close, take some time to think about what you want out of your relationship. Do you want to see it through, and maybe spend a few more months together? Or do you end things now and move forward with your life without your SO?

Either way, there is no right or wrong decision. You decide what's best for you. If that means that what happens in summer stays in summer, then so be it. If it means pushing through, and seeing how far you and your summer bae can make it as the hot, summer months come to a close, that's cool, too.