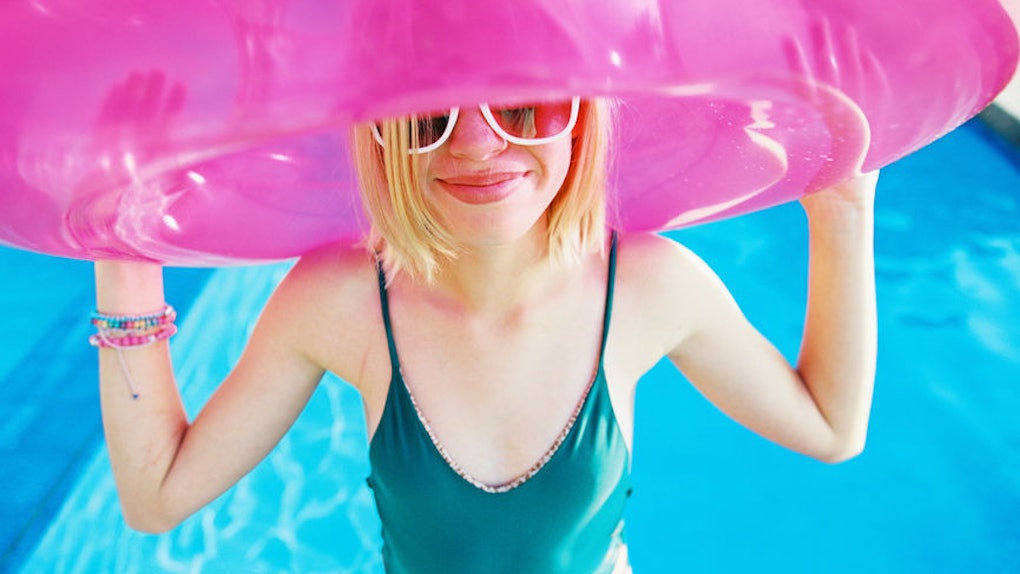 What Is Fielding Season? It's The Opposite Of Cuffing Season & Here's What It Means

There's something about summer. Nothing makes me want to take my clothes off and run around more than a humid day in New York followed by an ice-cold margarita or three. While I've never run the streets of New York completely naked, summer does make me feel and do the most. I become a carefree child with a penchant for ice cream sandwiches, as do many humans I know. Summer is a field day, or better yet, a fielding season. What is fielding season? Oh, let me enlighten you.

Fielding season is quite literally the opposite of cuffing season, that winter impulse to snuggle up with someone indoors. Fielding season is the time from late May to early September during which people like to keep it cool and play to field.

"People start socializing more when the sun comes out after a long and cold winter," explains dating expert Meredith Golden of Spoon Meet Spoon. "As more opportunities for dating naturally present, the mentality to not miss an opportunity increases as the number of suitors increase." So basically, it's a numbers game.

"When the weather improves, I do see an increase of activity on the apps and as a result, my clients do go on more dates," Golden adds. "It’s hard to commit to one person when there are five other possibilities orbiting." (Kind of like when I have a tough time committing to mint-chocolate chip when there are five other flavors attracting me? Yeah.)

Of all the things a person can be casual about during the summer — quitting time at work on Fridays, the number of places shorts are deemed appropriate attire, how many days a week it's acceptable to consume rosé — people seem to get the most relaxed about their relationships. Even those of us who prefer committed relationships can sometimes veer toward keeping things casual.

Blame it on the weather. It's masochistic to commit to spending every night in bed next to the same person when it's 98 degrees outside and your AC kind of sucks, am I right?

Or blame it on the fact that the summer months mean people are more likely to be traveling constantly —I'd posit that beach houses and weddings are responsible for 76 percent of summer flings. And when you're out of town every weekend, it's nearly impossible to commit to a steady summer SO.

It could just be that summer is a state of temporary bliss in which consequences are ignored and fun is prioritized. As kids, summer was an oasis that we looked forward to all year long; as adults, it's hard to let that mentality go.

Even if you're not big into playing the field, fielding season might be up your alley. In my personal experience, I've found it appealing to be single for the summer, because that means you can make plans on your own instead of tagging along with a partner. You get to choose where you want to go for the Fourth of July without any arguments or awkward introductions. You get to take that two-week road trip without anything or anyone holding you back. (Except perhaps, your job.) Being independent in the summer is liberating.

So love it or hate it, fielding season is a thing, and it is a thing that happens all summer long. A good friend of mine who at 29, excels at fielding during fielding season put it to me this way, "When summer comes around, it's fun to be single and see where the wind takes you." Much like a boat! But in all seriousness, "People are going out more, and beach bodies are too much to resist," my friend admits. "It's always best to be single in the summer." And with that... happy fielding season! May the odds be ever in your favor.