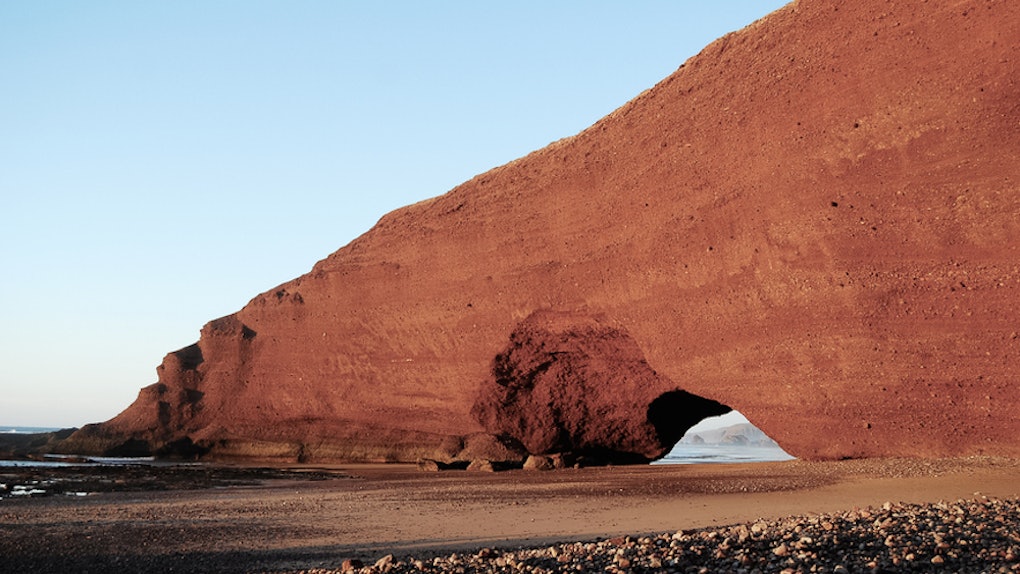 If you're already in a tropical state of mind, and daydreaming of the sea and surf, then there's probably a whole list of beaches on your bucket list. You've started planning your Caribbean getaways, and wondering what other oceans around the world might be like. There's nothing quite as sweet as that bright blue water, except for all that pineapple and surrounding yourself with so much beauty. These red sand beaches will be a fire addition to your bucket list, and a must-see for while you're 20-something. You're so used to stepping into that pure white sand, but your passport is in serious need of some passion.

Beach, please. You could hit up the coast and soak in all of your usual waves. But, your wanderlust is so much more adventurous than that. Next semester you might be studying abroad, and you'll likely spend at least one weekend by the sea. The European beaches are unreal in their own way, but why settle for anything less than an adventure?

You're in your 20s, which means now more than ever you need to follow your heart, and of course, feet. Traveling has a way of showing us how much this world really has to offer, and you'll want to open your eyes to all the salty and sweet experiences. At one of these six red sand beaches, the sun won't be the only thing bringing the heat. So, get ready for some #fireflames.

One of the best red sand beach experiences is waiting for you in Ecuador. The Galapagos Islands are full of wildlife, and Rabida Island is no exception. You'll find lots of company in sea lions, pelicans, and flamingos that have made this place their home. In that case, like anywhere else you might travel to, be sure to not leave anything behind or be respectful of your surroundings.

According to Eco Ventura, the beach sits on a coastline that's full of volcanic craters, which created the sand that oddly looks like lava. Any beach trip calls for packing some extra sunscreen and rushing down to the water when your feet gets too hot. I wonder if stepping in this vibrant sand will have the same effect.

When I think about Rio de Janeiro, I hardly think of rest and relaxation. But, amongst a lively city are beaches that are worth your afternoon break. Vermelha Beach is a must-see if you're headed to Brazil, and a lot of the locals retreat to this stunning spot, according to RioHere.com

Soak up the sun, and wade in the waves that crash into sand that looks like it has been saturated by the sunset. The greenery that surrounds this beach will have you feeling like you've truly escaped into such a colorful experience, and makes for a great spot to find some peace of mind.

Morocco has always been one on my bucket list since the days I discovered the intricate mosaics and markets of Marrakesh and the beautiful, blue city walls of Chefchaouen. There just seems to be no shortage of colorful places to go, and this red sand beach is now another spot on my 20-something bucket list.

According to The Guardian, Legzira Beach is most known for its two stone arches, one of which collapsed in 2016 and left a lot of rubble. You'll still want to wander to this place to see the other one that's standing tall, and pack a camera, too. There are a lot of wonders in this world, and this will nonetheless be a fire addition to your travels.

Santorini is where I imagine all of my Mamma Mia! dreams to come true. I've seen a thousand pictures on Instagram from my favorite travel bloggers and people who I met while studying abroad just soaking up all the sun and culture this island has to offer. The white and blue houses built into the hills are a scene I would love to see in person one day, but I'll definitely be making a stop at "Kokkini Paralia," aka Red Beach, while I'm there.

According to Santorini.com, this red sand beach spotlights towering red rock cliffs that line it on one side. It's ideal for tourists who are looking to soak up some sunshine and see other sights on the island. The only thing that could make this spot even more #fire is if Meryl Streep were chilling there, too.

Cavendish Beach in Canada is the comforting spot to add to your bucket list if you're also seeking out that red sand. With boardwalk activities and a bustling community, you'll feel instantly at home and love walking along the surf to enjoy a nice sunset.

Even if you just go for a weekend to this spot, you'll want to wander to this gem to see it for yourself. Maybe strike up a conversation with the locals, or just keep to yourself and stay in awe of all the wonders there are in this world. There's even a music festival you might want to attend in the middle of the summer.

The dreamiest castles around the world send you the most unreal princess vibes. But, Prince Edward Island will be some serious competition and have you falling in love with a fire addition to your bucket list.