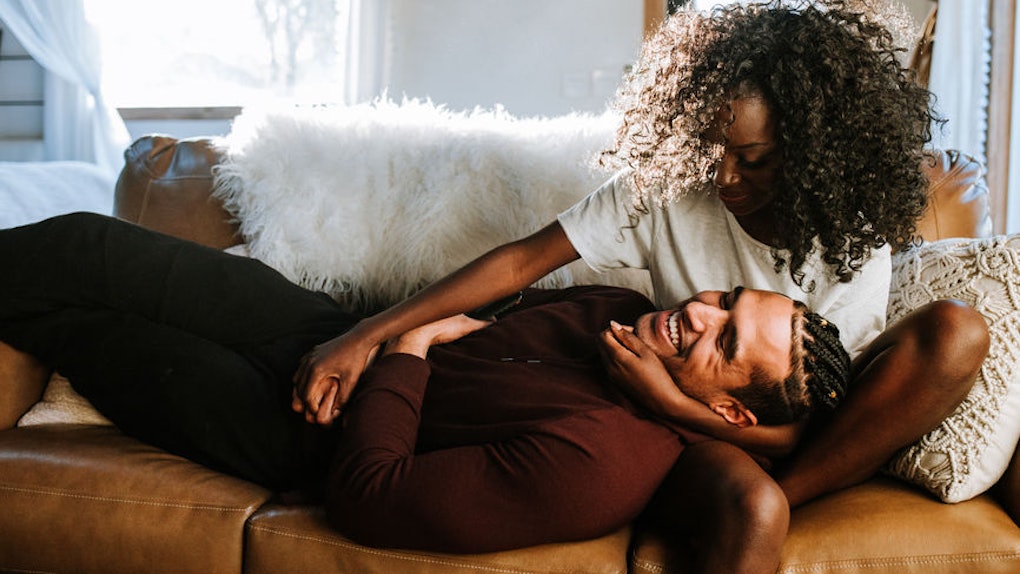 5 Funniest Sex Injury Stories You Have To Read To Believe

Sex-related injuries are truly something else. Every time I find myself in the middle of one, my first panicked thought isn't, "How do I fix this?" It's literally: "Now, how am I going to explain this?" The other day, I hit myself in the face with my wand vibrator, hard handle-end first. I was blessedly OK. But I had actually busted my lip or chipped my tooth? A major L, since it literally would have just been the result of my chronic lack of coordination and eagerness to get off. Another of my favorite funny sex injury stories is when my girlfriend and I made jalapeño cornbread, got hot and heavy later that night, and were reminded in the worst way possible that we had baked jalapeño cornbread. I took the baby L, called her mom (who's a nurse), and soothed my clit's burning by dabbing a bit of milk on it. There are a lot of foods that are good for vaginas, but I was shocked and delighted that it was milk that came through for me.

One of our first times sleeping with each other, he head-butted me square in the forehead and nose, and stopped so suddenly because he was terrified he’d seriously hurt me. But it was one of the funniest moments (both in and outside of us having sex) we’ve had in our relationship.

I got long-lasting condoms [a.k.a. climax control condoms, which are coated with lube to help the wearer last longer in bed] and my partner at the time didn't know. So, during sex he was like, 'OMG, I can't feel my d*ck?', and was freaking, turned on the light and looked at the box. He was like, 'Oh, that's why.'

And then later, I went to go down on him and forgot and the lube literally made my mouth numb for an hour! Not exactly an injury, but very funny.

I still have a scar from rug burn on my back! We were trying to be quiet because my roommate was in her room next door and my bed squeaked. So, we moved to the floor and it was a $10 rug from TJ Maxx and it was like sandpaper basically. It just ruined my back and a part of it just never went away.

I also had to ice my vaginal region with a frozen eggplant once, because it was so swollen — which was a pretty funny sight. It was so swollen because it was after I hadn’t seen my boyfriend for a while. So he fingered me and for so long from so many angles, and then we had sex, like, three times. And it was just too much for my body to handle, I guess. And usually I drive him home, but I legit had to give him my keys to drive himself home because I was so swollen and couldn’t walk. I just had this frozen eggplant and I just laid down in bed with it in between my legs... It was very fun and very consensual. Just a lot!

When I lost my virginity, I accidentally popped my ex’s arm out of his socket (as it frequently did, but I didn’t know that) and I started to freak out. And he popped it back in like it was no big deal.

The case of the missing nipple ring

OK, so, this guy and I are going at it, right? Probably a good hour start to finish, including lots of nipple play. I look down at my chest when we’re done and notice that, somehow, only one of my nipple piercings is in? I look at the guy and am like 'How long has this been gone?' pointing at my left boob that is now sadly unadorned. He kind of shrugs and we start looking for the thing. And I mean, we looked all over the floor, stripped my bed — the whole nine yards.

I vacuumed at least once within a couple days of this incident, too, and never found it. If you’ve seen a nipple bar, you know they’re a little hard to just lose. So, he and I conclude that in the heat of the moment he somehow sucked the nipple piercing off and ingested it. He’s fine, nothing bad happened and we’re friends to this day. But it was a rather interesting way to lose a piercing.

Some awkward sex moments are inevitable, like queefs and farts if not choking on the D at least once. And some sex moments, like the ones from these sex injury stories, are surprising — and you realize, mildly probable. Next time you're hooking up, obviously, grab a condom and some lube. But you might want to keep an ice pack, a pillow, and a little carton of milk handy, too. Just in case.

More like this
Getting Over Your Anger At An Ex Is Hard, But Not Impossible
By Caroline Colvin
22 Dua Lipa Lyrics About Love & Sex That Are Hotter Than Hell
By Corinne Sullivan
Matt James' Quote About His 'Bachelor' Fantasy Suite Dates Is Revealing
By Corinne Sullivan
Stay up to date