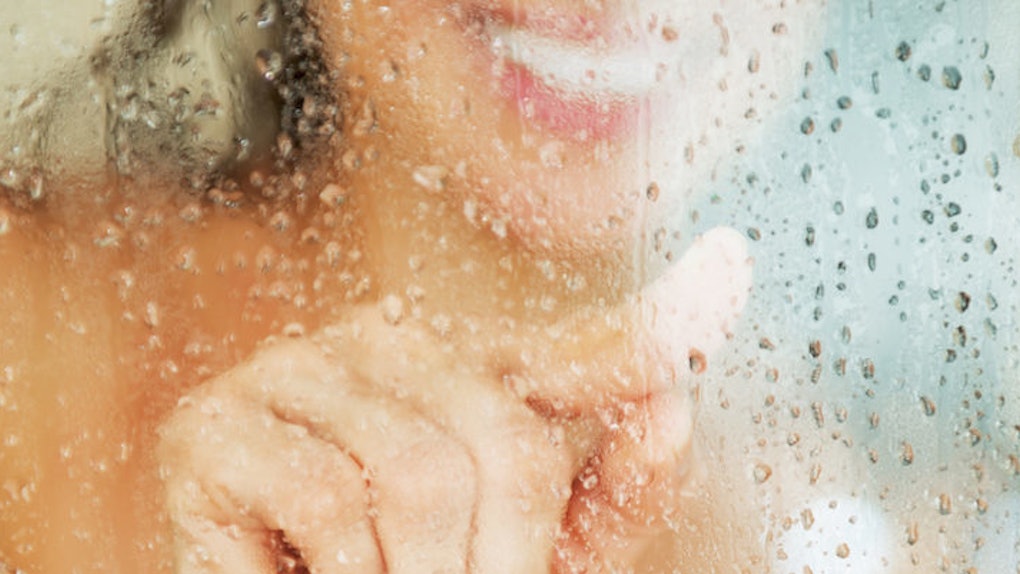 8 Reasons Why Shower Sex Is Absolutely The Worst Sex Ever

I consider myself a sexually adventurous woman. There are plenty of atypical things I am willing to do between the sheets, but shower sex does not fall among them.

I've tried it; in fact, I've dedicated serious effort toward working to enjoy it, but I've deemed it impossible.

Shower sex is easily one of the most overrated methods of penetration in the history of ever. It's glamorized as this titillating, intrepid way of lovemaking.

Movies and television shows depict it to be passionate, which communicates that if you're not having sex in the shower, you are missing out.

This is what we're supposed to think of shower sex: You're in the shower with your man; it's all hot and wet. The water is a magical, warm temperature and you are taking turns lathering each other up amongst thick, white clouds of steam. It's all so effortless and sensual.

Except, no... That is bullsh*t. Though that scene may be ingrained in your mind, the reality is this: Shower sex sucks, and it's about time someone opened up the conversation about it.

You are standing in a shower. There is soap everywhere. If you are getting physical, it is very likely one or both of you will eat sh*t. Over the side of the tub you will go and either break a hip or seriously damage your face against the sink, toilet or the tile floor.

2. The height difference is real

If you and your sex friend are two different heights, which you probably are, the awkwardness of sex organ mis-matching will become painfully clear.

He will end up in some kind of awkward, bending position, or you'll need to be lifted (um, against what?). If your man is going to lift you, point one is about to become your point NOW.

3. Water does not lubrication make

Though it's fun to assume, “Oh, shower sex should be fun because you're all wet from the water,” it's a complete farce. Nothing will dry you up faster than water.

Suddenly, you're having sex and your lady parts have taken on an ecosystem identical to the Sahara Desert. That does NOT sound appealing.

Not to mention, you have water running into your eyes and mouth making it impossible to see and even harder to breathe.

5. One of you will always be cold

This one goes for showering with another person in general. In a tiny, narrow shower, there is not enough room for both of you to be under the water at the same time. So, you need to constantly change places, which is awkward and in no way sexy.

The only way the two of you are getting under the shower together is if you have one of those magical rainforest showers that streams water from the ceiling. (If you can afford rent in the place that has a shower like that, well, good for you.)

6. You will get soap in places you do not want soap

When you're trying to be cute and wash each other down — which leads to making out, which leads to shower sex —, suddenly you will be in a whole new world of pain.

Whatever seductive, “You wash my back and I'll wash yours” thing you had going on will be replaced with a burning sensation.

It's easy to say you're not going to wash your hair when you have shower sex, but if you're getting in the shower and having sex, girl, your hair is getting wet.

And, we all know that if your hair gets wet, you're going to need to wash it. Herein lies the problem: Men and women have very different timetables when it comes to showering.

Showering for a man:

Showering for a woman:

Do you see how this is problematic? Do you?!

8. Having sex standing up to completion is basically impossible

Okay, so maybe not for everyone, but having sex standing for an entire session is rarely easy or pleasurable.

Have sex in any other location and take your shower after, alone. Please!