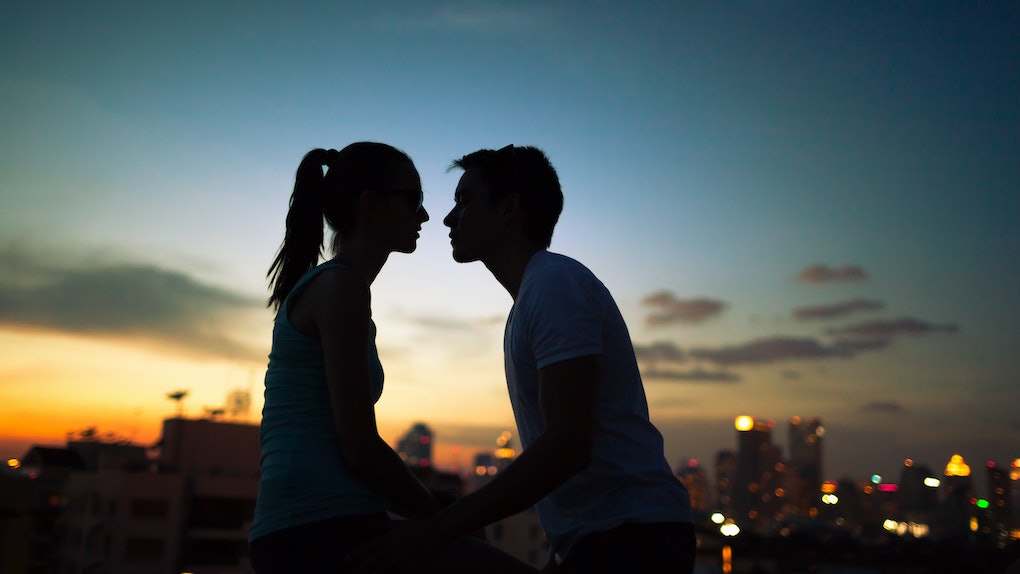 4 Zodiac Signs Who Will Let You Down In Relationships, So Watch Out

I hate to be the one to tell you this, but at one point or another, you're probably going to be let down by someone you care about. It might be a friend, it might be a family member, and — as much as you don't want to believe it — it might be a significant other. When it comes to zodiac signs who will let you down in relationships, some are more prone to causing disappointment than others. Even if they don't mean to inflict pain, certain signs simply aren't well-suited for commitment. It's not their fault — but it's still something that you want to watch out for.

Whether someone is inconsistent, flaky, or seemingly incapable of monogamy, their zodiac sign could help explain their reluctance to commit. While having a steadfast relationship with any one of these signs is totally possible, they're more likely than others to cause you some frustration along the way. If you're looking for a partner who's known for being sturdy and stable, then dating one of these zodiac signs might not be for you. I'm not advising against it, of course. I'm just saying that being let down is a greater possibility with these four signs.

Here's an Aquarian's problem: They bite off more than they can chew. Aquarians are known for their incredible generosity, and while they're dedicated workers and natural philanthropists, they tend to prioritize their professional life over their personal life. People born under this air sign want to do what's best for everyone, but in their quest to make everyone happy, they often neglect their relationship in the process.

It doesn't help that Aquarians aren't prone to passionate displays. Even if an Aquarius loves their partner deeply, they won't likely demonstrate that love with physical affection. Yes, Aquarians are the humanitarians of the zodiac world and have hearts of gold, but that selflessness tends to verge on self-sacrifice, and a significant other's happiness can often sacrificed, as well.

Unlike Aquarians, Aries are full of passion and aren't afraid to show it off. Unfortunately for this spitfire of a sign, that passion can lead to impulsivity. Compelled by blind optimism, an Aries tends to follow whims rather than follow through with plans. Those born under the sign of the ram subscribe to an "every person for themselves" philosophy, which means that they often put their own needs first — even over the needs of their partner.

It's not that an Aries doesn't care about their partner — it's just that this fire sign hates getting bogged down by details and nuances. Aries are excitable and easily distracted, and taking the time to consider others' feelings will only slow them down.

Fact: Geminis love to socialize. Their outgoing nature makes it easy for them to meet new people, and there's no denying that this air sign is fun to be around. But when it comes to dating a Gemini, they're nearly impossible to pin down. Like the social butterflies they are, Geminis tend to flee the moment anyone tries to capture them.

People born under this sign are also natural charmers, but that doesn't mean they always deliver on what they promise. They are ruled by Mercury, the planet associated with speed, and they'd much rather try to juggle a dozen things at once than focus on one. As entertaining as a Gemini can be, the likelihood of getting one to "settle down" is slim to none.

Sagittarians have an unquenchable thirst for excitement, which is great for adventurous dates, but not so great for committed relationships. Driven by wanderlust, a Sagittarius is eager to explore and experience everything they possibly can, and a relationship can hold them back from that. Those born under this sign don't want to be told "no." As flexible and adaptable as they are, Sagittarians still prioritize freedom over commitment.

Sagittarians certainly don't resent relationships. In fact, this sign would love to have a partner-in-crime for their many adventures. It's the occasional mundanity of long-term relationships that they resist. As much as a Sagittarius wants to keep their word, they won't commit if it means relinquishing their autonomy.

Time, experience, and the right person can convince even the most reluctant bachelor or bachelorette to become dependable. But if you encounter one of these signs before they're ready to commit, just know that you face the possibility of a major letdown.