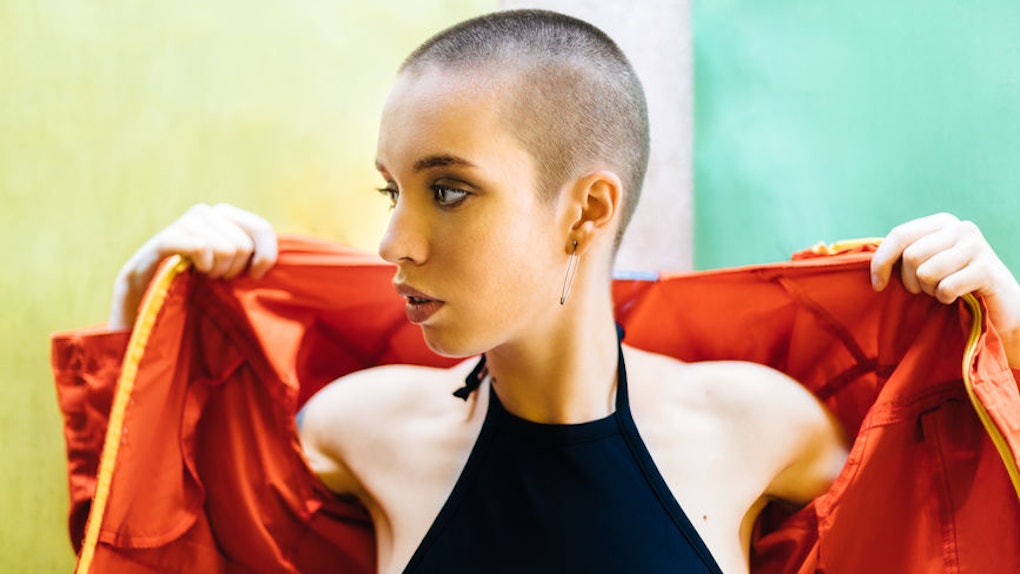 4 Signs Your Partner Isn’t Fully Committed, Because You Deserve Better

Let's face it: Figuring out commitment can be much more complicated than we thought it would be growing up. In today's dating climate, people are enjoying the freedom of seeing where life takes them, which is great! But as a result, sometimes relationships don't start off too seriously. IMO, there's something kind of magical about a casual relationship unexpectedly blossoming into something more committed. Unfortunately, dating someone who isn't committed when you clearly are (and have been from the beginning) can lead to some very frustrating complications. The signs your partner isn't fully committed to you aren't very subtle, but if you're in love, they can be a hard reality to face.

No one wants to give up on a relationship that has potential, but it's also important to take note of any and all red flags that you're dating someone who's stringing you along. It's worth acknowledging that there's nothing wrong with dating someone who's not serious about you, as long as you're both on the same page. On the other hand, if their casual attitude is leaving something to be desired, it's a good idea to be honest with yourself about whether or not this person is willing and able to give you what you want on a timeline that makes sense.

1. They Don't Include You In Their Decision-Making Process

One of the best ways to suss out where you stand with someone commitment-wise is to observe their decision-making process and notice if your opinions or desires are taken into consideration, explained Pricilla Martinez, a life coach at Blush Online Life Coaching.

So if they decide to accept an optional job transfer to another state without initiating an honest conversation about how this might impact your relationship, it's probably safe to assume they aren't fully committed to you.

2. They Haven't Brought You Into Their Inner Circle

When dating someone you're really into, it's all too easy to end up making excuses for why you haven't met the important people in their life. Maybe they aren't ready, or have just been really busy, right? Nope, not so fast.

"When a partner's not looking for commitment, they'll make excuses for not introducing you to their friends and family," NYC-based relationship expert and love coach Susan Winter told Elite Daily. "Remember: Getting into your partner's inner circle means you're a priority and are considered an important part of their lives."

3. They're Still Acting Weird About Labels

At the beginning of a new situationship, some people take longer than others to warm up to the idea of defining a relationship, and if you ask me, that is totally OK (assuming they're honest about it). However, if it seems like you're destined to remain in relationship purgatory forever (or as long as it takes them to meet someone they're ready to commit to) then this is def not cool.

"If you've been seeing each other for several months/years and having sex, but they still get uncomfortable when you ask, 'So, what are we?' their silence may be their way of saying, 'I'm not committed,'" Eliza Boquin, MA, LMFT, and owner of The Relationship & Sexual Wellness Center, told Bustle.

4.They're Keeping Their Short-Term And Long-Term Options Open

Think about it: If someone is fully committed and can envision you as a part of their future, keeping their other dating options open or being vague about whether or not they're free next week wouldn't make sense. But when you're not a priority, this is often how someone will behave, according to Martinez.

"They purposely end up leaving things pretty open and vague, but anyone who's interested [in commitment] will make the plans, and will talk about the future in more than just the next weekend," said Martinez.

Realizing that your partner might not be fully committed can be a really tough pill to swallow. That said, it doesn't have to be the end of your relationship. If you're concerned that you aren't on the same page, having a non-accusatory conversation about it could be really enlightening. Someone who's committed or interested in commitment will be concerned about your worries and eager to reassure you with their words and actions that you are, in fact, a priority. If they don't, then it's better to know where they stand sooner rather than later.