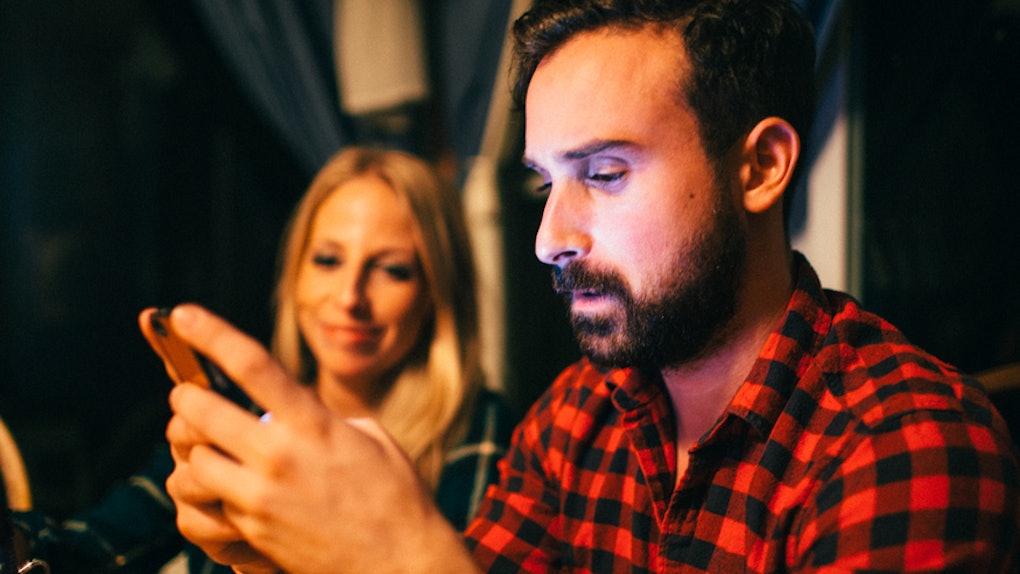 4 Red Flags Someone Doesn't Want A Relationship, So Don't Waste Your Time

Let's be real: We all know that developing a new crush can happen faster than you can say bae. Maybe you've developed a fondness for a barista with a lazy grin or a new kickboxing instructor who's always giving you special attention. Either way, before letting yourself get too invested in someone, you should keep your eyes peeled for the red flags someone doesn't want a relationship.

When it comes to tales of unrequited love, so many fall into the category of "I should have known better, but I fell for them anyway." Once someone has found a way to either knowingly or unknowingly pry their way into your heart with a crow bar, it's easy to simply ignore the signs that they just might not be eager to lock it down right now.

If you're in the market for a relationship — and be honest with yourself — then avoiding anyone who's being lukewarm about you could save you a ton of pain later down the line. If your crush is acting suspicious in any of the following ways, then it could mean they're not interested in a serious relationship right now.

1. Your Relationship With Them Only Revolves Around Sex

If your crush has stemmed out of a casual encounter, then I'd be wary of getting your hopes up for a serious relationship if hooking up is still the center of everything. Sex is great and all, but if you've developed feels for what is and has been essentially a booty call, then tread carefully. Of course, this is not to say a serious relationship is out of the question entirely. But if that's what you're hoping for, then making your feelings known is key.

Despite what we've been lead to believe, it really doesn't take all that long for a person to decide if someone is suitable dating material. Now, of course, deciding to become exclusive with someone might take more time and thought. However, if someone continues to keep you in the bedroom only, after you've already made your feelings known, they might not be looking for something serious.

2. They Seem Detached When You're Together

This one can be a bit tricky to detect, because "having a connection" can mean something a little different to each person. Keeping things light and not too deep in the beginning of a relationship certainly doesn't mean that they aren't feeling it. But if your interactions never grow out of that purely-surface-level phase after a good amount of time, then they might be emotionally unavailable at the moment.

Now, being emotionally unavailable doesn't mean that they don't like you or that you two will always be incapable of developing a deep connection. It just means, at the current time, this person may not be emotionally unequipped to be in a real relationship. Maybe they are working through personal issues that require their full attention or they have decided to focus on their career. Whatever the reason may be, fight the temptation to wait it out. Your time is too valuable to wait for someone who can't or won't add you to their list of top priorities.

3. They Say They Aren't Looking For Something Serious

If you ask me, this is one of the biggest lines of BS out there, but still, we should trust someone who says it. All too often, we brush a statement like this under the rug if we like someone a lot. We think they'll change their mind once they get to know us. But more often than not, that isn't the case. If the person you're seeing drops this line on you, don't try to persuade them to feel differently — it's usually a futile fight. If a person says they aren't looking for something serious, then they're not looking for something serious.

Breadcrumbing, the act of giving someone small tidbits of attention to keep stringing them along, is legitimately the root of all evil. When you don't like someone, but you want to show them some respect and decency, then you should cut 'em loose, not leave 'em hanging on. No matter which way you slice it, anyone who keeps you tethered to them but stuck in "maybe they do really like me" purgatory is using some pretty gnarly manipulation tactics, and you deserve better. If they wanted a serious relationship with you, then they would show you that — all the time.