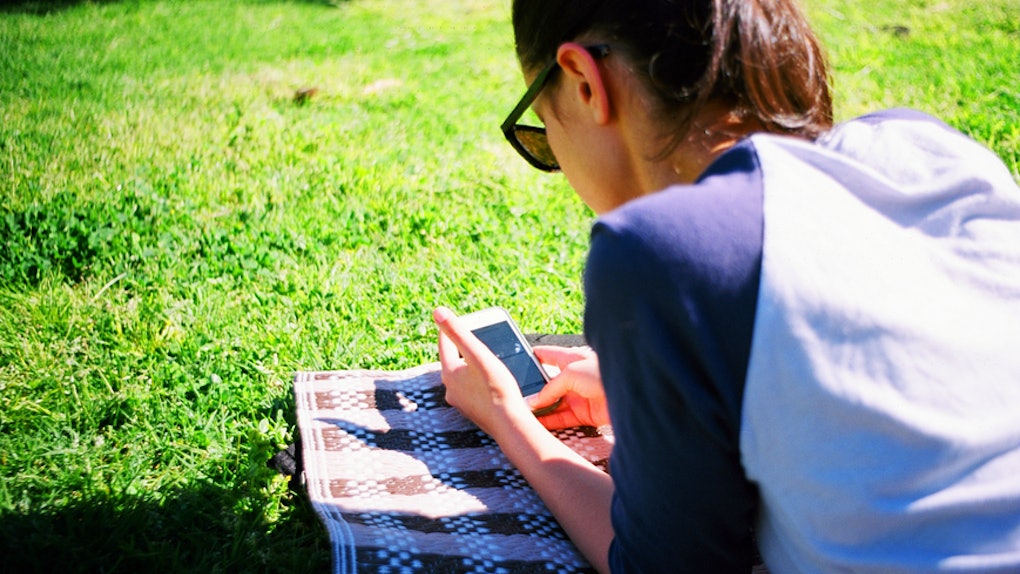 How To Respond To Breadcrumbing, According To Experts

You meet someone new, and you are so totally about them. They've got bedroom eyes that make you melt, with swag that oozes confidence for days. And to top it all off, they know all the right things to say to have you feeling completely sprung. Only problem is, they keep stringing you along like you're their personal puppet. Knowing how to respond to breadcrumbing can feel like a total catch-22. Why does your crush keep low-key chasing you if. They. Don't. Want. To. Date. You.

Well, unfortunately, the most likely answer is probably not what you want to hear. According to best-selling author and relationship expert, Susan Winter, the reasons behind this phenomenon are pretty selfish: "Breadcrumbing is the conscious act of leading someone on for the thrill of the ego boost. It's the 'hot' cycle in the game of hot and cold. Designed to lure in one's prey through attention, flattery and sexual intrigue, breadcrumbing is completely self-serving. It's a head trip, played for control and domination."

Winter goes on to reiterate that breadcrumbers, despite their innocent-sounding title, are far from innocent, as they are essentially leading someone on purely for the sake of the ego boost, knowing full well they have no intentions of taking things to the next level. If the last few interactions with a new love interest have left a stale aftertaste, there are some ways to respond.

Don't Ignore The Signs And Hope Things Will Change

It's too easy to make excuses for someone when we really don't want to believe that they are giving us the run-around. Winter notes the tell-tale signs that someone's interest might not be all that sincere are essentially "small doses of hope" designed to draw you in romantically, but that always end in no real action. These doses of hope can come in the form of flirty texts and insinuations that you should/will go on a date that never ends up happening.

"When you've finally given up hope, the breadcrumber psychically senses your absence. Suddenly, they resurface. Now, the game begins again with more flattery and alluring bait... also known as the breadcrumbs," says Winter.

Bite The Bullet And Acknowledge Their Sketchy Behavior

You may think, what's the harm in seeing where things go? But the fact of the matter is, if someone emotionally manipulating you for their own ego time and time again, it unlikely they will change. "Call them out on their bad behavior. Clarify you know this game and you're not interested. Walk away... and keep walking. There's no rehabilitation for an ego in need of this level of compensation," says Winter.

Take it from me: I was straight-up breadcrumbed on and off by someone who I was so unbelievably hung up on for almost two years. It never stopped until I made the decision to stop engaging — part of me wonders if it would have just continued if I hadn't finally shut it tf down. As much as the realization hurt, he didn't really like me; he liked how my attention made him feel. You don't have time to feed someone else's insecurities.

Or Basically Ghost Them

Though I'm usually pretty against ghosting — I can't think of a fairer and more satisfying way to handle someone who's using you as a hype-man for their self-esteem. According to Lisa Brateman, a New York based psychotherapist and relationship expert, "When you begin to suspect that this is happening, pivot your mindset. Do not waste your energy on someone who will probably never exist for you other than online. If there are no plans to meet in person within the first few weeks, the reason is the interaction isn't intended to develop past superficiality."

It can be difficult to walk away from someone you're crushing on, but sometimes I still wonder how many great guys I might have missed out on while wasting time with the same-old cycle of all talk and no action shenanigans. If the person you're into isn't willing to spend time with you in the flesh, doing things that both of you enjoy while also getting to know each other, then do yourself a favor and drop them. Now.